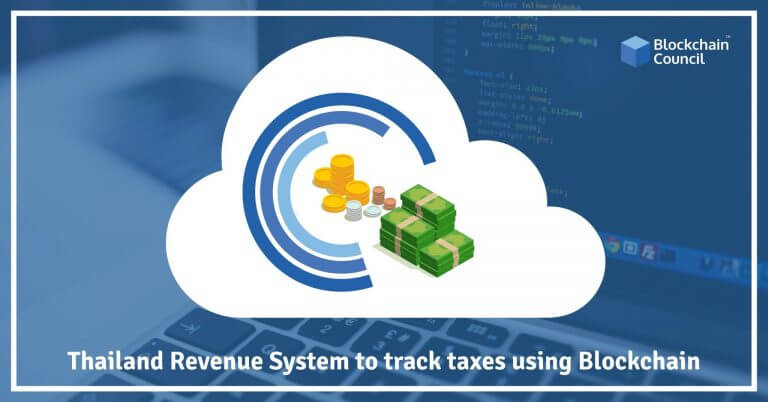 Blockchain technology has come a long way from its beginnings as a cross-border decentralized digital currency to a platform for smart contracts and decentralized applications. Smart contracts have enabled the creation of applications that were until recently not possible with the existing solutions. Particularly in the areas of supply chain management, and tracking transactions, blockchains can be revolutionary as the enable real-time monitoring and automated actions using smart contracts. Therefore, it is no surprise that Thailand is trialing blockchains to track value-added taxes (VAT) to reduce fraudulent refunds. We take a look at what this means for the Thailand Revenue System and also adoption for blockchains in Thailand.

What is VAT Refund Fraud?

The Value Added Tax (VAT) is a consumption tax in Thailand levied on consumer goods and services that is collected by the Thailand Revenue System. Thailand’s VAT charges anywhere from 0 to 7% of the price of the commodity and are usually only charged to its citizens. Thailand is a hub for travel in Asia and also has electronics priced at a lower price compared to most of its neighboring countries. As a result, many tourists choose to purchase electronics and gadgets such as TVs, laptops, smartphones, etc. Most of these purchases charge VAT to tourists which they can later get refunded. However, the Thai authorities have noticed that the system is regularly being gamed by the local sellers in order to save on taxes when selling to local customers. According to the official website, there are a number of stipulations that must be satisfied before being eligible for a VAT refund:

The Director General of the Thai Revenue Department, Ekniti Nitithanprapas has said in November 2018 that his department wants to use blockchain to prevent VAT refund fraud. According to Nitithanprapas, doing so would make Thailand the first country in the world to use distributed ledger for tax probes. On December 3, Bangkok Post reported that the That Revenue System has begun trials for their new pilot program designed to curb VAT refund fraud using blockchains. Nitithanprapas claims that smart contracts can be used to track VAT charges right from the time of purchase until they are claimed for a refund to weed out all the fake refund claims. The TTR also has ambitious plans to incorporate other emerging technologies such as machine learning, artificial intelligence, and Big Data to prevent tax evasion and fraud.

The move to track VAT using blockchains is in conjunction with similar efforts in the country such as the Ministry of Commerce plan to include blockchains as part of a larger push of modernization. In October the Ministry of Commerce announced that it will trial decentralized solutions in copyright management, agriculture, and trade finance for processing digital IDs, IP registration, and increasing cyber-security. Thailand’s private sector has also embraced distributed ledger technology as one of the oldest banks in Thailand, the Siam Commercial Bank recently released a blockchain based supply chain platform in partnership with Accenture. The Siam Commercial Bank has also become the first bank in the world to use Ripple’s multi-hop feature which will allow the bank to settle frictionless payments on behalf of other financial entities in Ripple’s enterprise blockchain network. Thailand is betting big and blockchain in all sectors of the economy and their success could motivate other countries in the region to also take note of blockchains.

How is Amazon’s Blockchain Service Going to Help Technology Enthusias...
Scroll to top