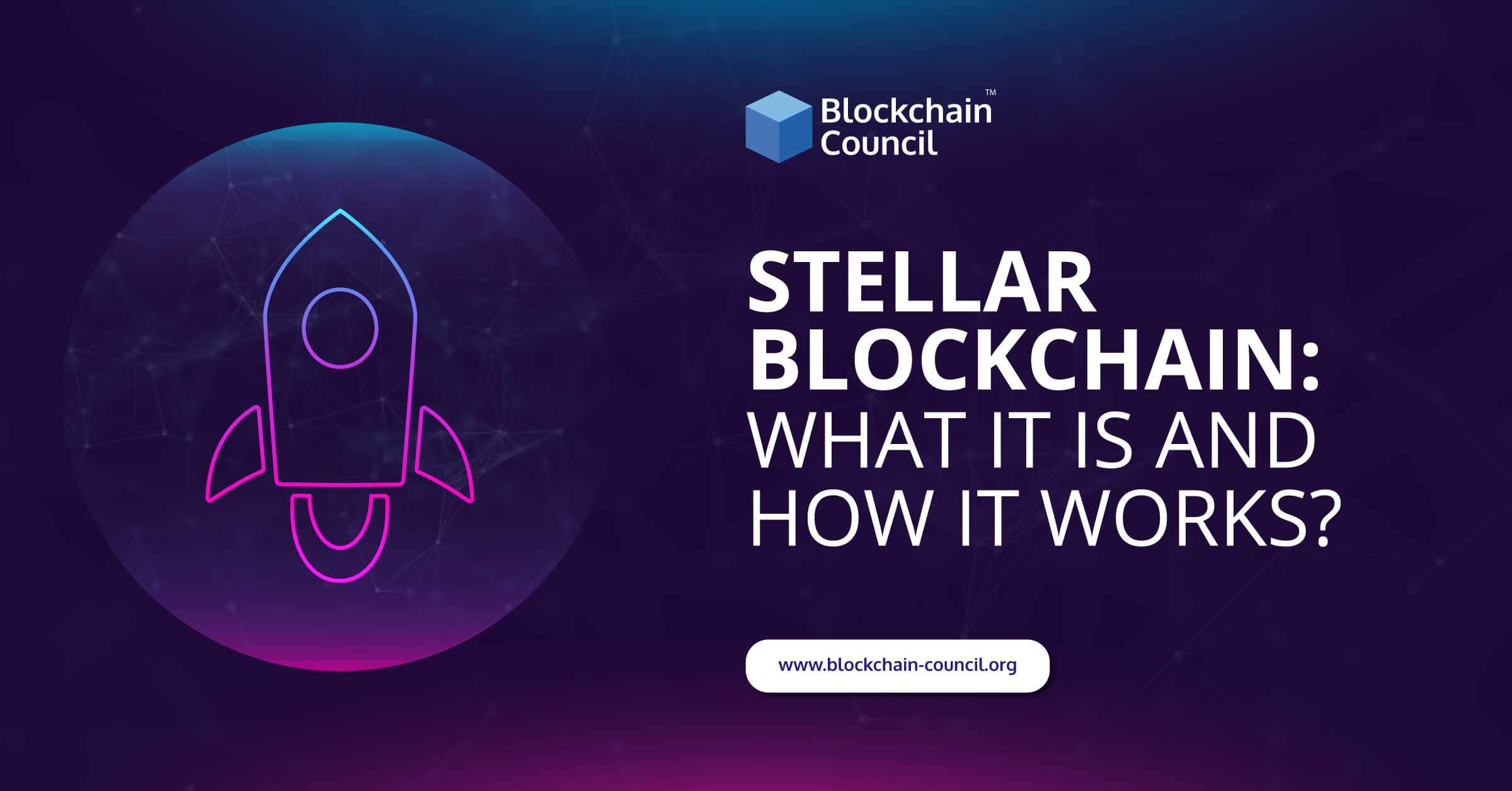 Stellar is an open-source, decentralized payment protocol that facilitates fast, cross-border transactions between any pair of currencies. It operates using blockchain technology. Its native asset is called Lumen (XLM). Lumen is the one that powers the Stellar network and all its operations. It is similar to Ether, the digital asset that powers the Ethereum network. This article will act as a guide and provide you with a deep dive into the Stellar blockchain and how it works.

Stellar was formed in 2014 and was the brainchild of Jed McCaleb and Joyce Kim. It was forked from the ‘Ripple’ protocol. The primary advantage of Stellar is that it allows people to move money quickly and reliably across borders for fractions of a penny.

The Stellar website has defined Stellar blockchain as “a platform that connects banks, payments systems, and people. Integrate to move money quickly, reliably, and at almost no cost”.

Similar to Bitcoin, Stellar also is a decentralized network like a blockchain. The information, instead of being gathered at one centralized source such as a bank, is distributed among interconnected nodes (servers) in the Stellar network. In Stellar, anyone can set up a verification node (server) using Stellar Core. It acts as a backbone of the Stellar network as it carries out the actual verifications using the Stellar Consensus Protocol (SCP). SCP can be thought of as Stellar’s algorithm to verify transactions.

How does the Stellar Blockchain Work?

On a fundamental level, Stellar is a system that helps track ownership. It makes use of an accounting ledger that is shared across a network of independent computers for storing two important pieces of information for every account holder. These include the account balances of holders (what they own) and what they plan to do with what they own (operations on balance such as buy or sell offers).

Stellar comprises of nodes. These nodes help in the smooth functioning of the blockchain and the publishing of the ledger. For example, if you send a dollar to someone using an app that is built on Stellar, the nodes will verify that the correct balances were debited and credited. Each node makes it possible for every other node to see and agree to the transaction.

A Stellar network is not controlled by anyone. By default, it stays in sync of its own accord. The current Stellar network hosts hundreds of independent computers all over the world.

Having learned the basics, let us now take a deeper look into how Stellar works.

Stellar is a decentralized, peer-to-peer network. Here, there is no centralized entity that makes decisions.

Stellar follows an open ledger system. Details of each and every transaction in Stellar is stored on the blockchain that acts as an open, transparent ledger. The ledger can be viewed by anyone in the network.

All verifications and decisions on a Stellar network are done through consensus. Consensus occurs on a Stellar blockchain every 3-5 seconds.

Anchors refer to entities in the Stellar network that can hold a deposit and issue credits whenever needed. The mechanism of Stellar heavily depends on Anchors, and one must completely trust the anchors to carry out tasks such as:

All the anchors in Stellar share the same network known as the Stellar network. Due to this, the system is more powerful and faster.

To know what distributed exchanges are, we need to know what offers are. Offers refer to public commitments that allow the exchange of one form of credit for another at a pre-determined rate. The Stellar ledger acts as a marketplace to buy and sell various currencies. All the offers in the Stellar ledger are out together to form an ‘orderbook.’ An orderbook is maintained for every currency/issuer pair.

Transactions in Stellar can happen in any one of the following ways:

The underlying consensus algorithm of the Stellar network is the Stellar Consensus Protocol (SCP). It functions as a safe construction of the Federated Byzantine Agreement (FBA). The Stellar network implements similar mechanisms for distributed fault tolerance across a financial network. SCP has been derived from the concept of Byzantine Agreements (BA). It is tailored towards a permissioned and decentralized network with the help of quorums and quorum slices.

A quorum is a set of nodes that help reach an agreement in a distributed system. Nodes communicate with each other when they attempt to reach an agreement. Quorum slices refer to the subsets of a quorum that have the ability to convince particular nodes of an agreement, and this implies that a node can rely on multiple sets of nodes asserting statements.

Let us now discuss these two consensus protocols in detail.

This refers to the Byzantine Fault Tolerance of distributed computing systems that allow them to come to a consensus despite the arbitrary behavior from a fraction of nodes in the network. This type of consensus makes no assumptions about the behavior of the nodes in the system. The prototypical model for Byzantine Agreement is the Practical Byzantine Fault Tolerance (pBFT). This can reach consensus in an efficient and fast manner while concurrently decoupling consensus from resources. However, the Byzantine Agreement (pBFT) does not scale well and demands a large communication overhead between the participating nodes.

This fosters a consensus protocol that guarantees the following:

One primary consequence of FBA is that it is open to nodes joining in a permissionless setting than through a permissioned membership list. FBA uses a unique slot to come to a conclusion on state updates where update dependencies between nodes are inferred. As the system encourages people to join or leave the network at will, a majority-based Quorum consensus mechanism will not be suitable. So, the FBA employs quorum slices that can convince particular nodes of an agreement.

What was Stellar designed for?

Stellar was designed to solve the following problems.

Stellar is a multi-currency payment backend that is used by more than thousands of people every day. Ever since Joyce Kim and Mc Caleb founded the Stellar Development Foundation in 2014, there is no doubt that Stellar has grown from strength to strength. Stellar certainly has immense potential, and its growth is something that people need to look out for. The quality of the partnerships they have gained is impressive, and some of the big names are Deloitte, IBM, Stripe, etc. With an amazing team and such impressive advisors and partnerships, Stellar is witnessing steady growth in the domain of blockchain technology.

If you wish to learn more about online blockchain courses and blockchain certifications, check out Blockchain Council.

The Impact of Google’s Quantum Breakthrough on Blockchain Cryptograph...
Scroll to top