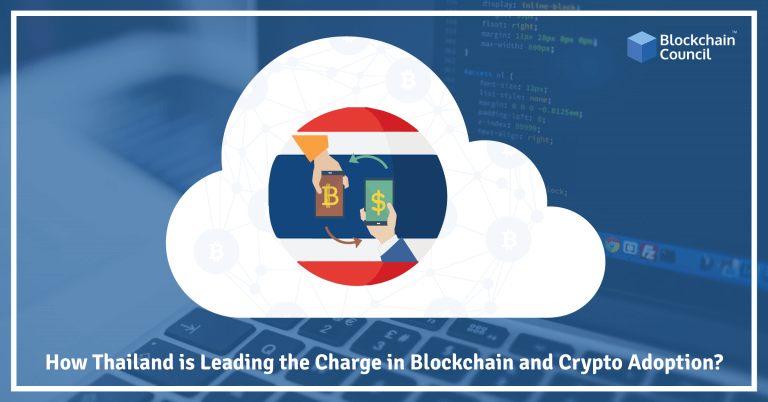 At a time when most governments across the globe are struggling to understand their place in the blockchain space, Thailand seems to be embracing this technology with much ease. Their significant strides since 2017 are gaining the attention of international firms through the clear-cut and decisive guidelines presented to help in the smooth functioning of foreign blockchain companies.

Let’s now dig deeper to understand how Thailand has emerged as one of the compelling countries in Southeast Asia and how they seem to know their potential in the blockchain technology space.

Thailand stands among the first countries in Southeast Asia to enact blockchain legislations. It is done to regulate the offering of digital assets. In early 2018, the trading of seven digital currencies such as Bitcoin, Ethereum, Bitcoin Cash, Ripple, Stellar, Ethereum Classic, and Litecoin was legalized. The Securities and Exchange Commission (SEC) of Thailand has allowed the use of these currencies to be traded as trading pairs.

All market participants such as brokers, dealers, and ICO issuers are expected to register with the SEC within 90 days and they should attain the approval of the Finance Ministry to conduct a digital asset business. These currencies are assessed based on their credibility and liquidity.

One of Thailand’s strategic moves has been opening up blockchain company licenses thereby permitting the operation of Initial Coin Offerings (ICO) and exchanges in the country. This was primarily done to attract foreign companies and encourage investment. In July 2018, Thailand SEC has divided ICOs into three types namely cryptocurrency, investment tokens, and utility tokens.

To gain SEC’s approval, token issuers must mention the type of tokens being issued and the investment information. ICO portals must have a registered capital of at least 5 million baht and have to look after ICO offerings for at least a year. An ICO portal which has received SEC’s approval is obligated to conduct due diligence and a certain screening process. However, the SEC office still has the right to reject any ICO project on reasonable grounds.

Some of the other notable features which will exemplify Thailand’s progress are:

1. The discussion of Thailand SEC Team with Vitalik Buterin (founder of Ethereum) and OmiseGo (eWallet and smart contract platform) about the status of ICOs and exchanges.

2. Bithumb, the second largest reliable blockchain platform in Korea, which proclaimed its intention to open in Thailand.

Though the blockchain industry has been around for over ten years now, Thailand seems to have recognized its potential and has put it to the best use. These implementations put forward by Thailand will promote numerous companies to develop codependency with their respective governments. Considering the reasons mentioned above, it is not surprising that many people around the world now consider Thailand as a blockchain destination.

20 Most Influential People In The Blockchain Space
Scroll to top