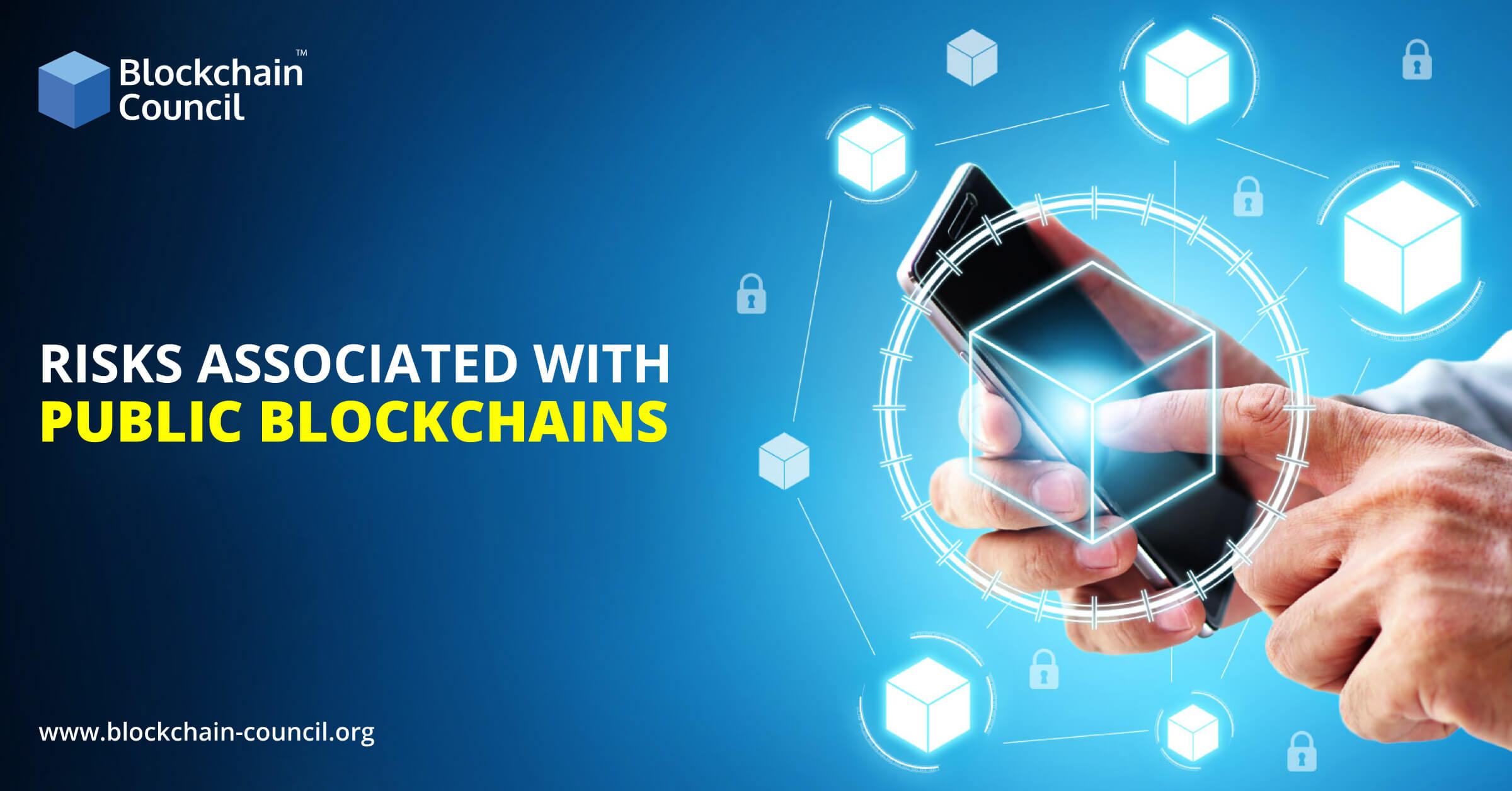 Wondering what are two types of Blockchains and which one is better? What are the risks associated with Public Blockchains? Well, we have got you covered.

Introduction to Blockchain and its Types

Blockchain can be defined as a transaction record database that is distributed, validated, and maintained by a network of computers. Unlike traditional databases, where there is a single central authority, Blockchain is based on decentralized technologies where there is no individual person who has control over them.

Blockchains are assumed to be immutable, transparent, and secured, but there are certain risks and threats associated with public Blockchains.

Before we delve deep into them, let’s distinguish two types of Blockchains.

Public Blockchains are permissionless Blockchains, meaning anyone can join, participate, or leave the network without any right management.

Now, talking about private Blockchains, unlike public ones, these are permissioned Blockchain that allow only certain authorized entities to participate in a closed network and perform activities. When compared, private ones are completely secured, whereas public ones are vulnerable to multiple attacks and threats.

As we have already gained an idea about both types of Blockchains, let’s explore more about Public ones, which is our focus of concern.

In these Blockchains, anyone can read and write without explicit authorization and permission. They follow complex rules and consensus algorithms for better security and are computationally expensive to mine & add a block. Bitcoin and Ethereum are the best examples of such Blockchains. Moreover, they are open and transparent, trustless, and, most importantly, decentralized, unlike private Blockchains.

In order to gain a more clear understanding, let’s compare it with private Blockchains.

Public Blockchains are vulnerable to 51% Attack where blockchains have consensus protocol based on majority.

Let’s explain this with the help of an example. For example,  if a user or a group of users has more than 50% of the total hashing power, then the 51% vulnerability can be exploited by that user or group of users. With their powerful mining capacity, attackers can build an alternative chain(longer than the original chain), and then other participants must follow the alternative chain going forward.

On a blockchain that utilized Proof-of-Work (PoW) consensus, a 51% attack can also take the form of a “rival” chain. Not only this, but such an attack also extends to networks based on the PoS mechanism. If a single miner gets more than 50% of the total coins in the network, which helps the intruder to inject fraudulent transactions, surpass all other users of the network, manipulate the network and steal other users’ assets, and much more.

Blockchain networks that utilize a Proof-of-Work consensus mechanism, race attack is easy to initiate. What happens is when an attacker makes two competing transactions, a race attack is executed.

This is another type of attack that Blockchain suffers from. It is a form of double-spending where a participant with a single bitcoin can spend it twice and receive assets to the value of two bitcoins. In such an attack, one transaction is pre-mined in a block, and a replicated version of this transaction is sent to the user by the attacker. What happens is that an attacker propagates the block, which includes the initial transaction, and once it is accepted by the recipient, he delivers the thing. The transaction that is sent to the recipient will then be null, and the attacker will be successful in creating a double-spend transaction.

Apart from these, Vector 76 Attack, The Sybil Attack, Bribery Attack, Pool Hopping Attack (that we will cover in the upcoming articles) are a few other types of common attacks.

Concluding Lines: Which Blockchain to Choose?

If you are looking to choose a perfect Blockchain, you won’t find one because neither of the Blockchains is perfect. Each has its own pros and cons, its own features that make them unique and differentiable.

In order to choose the best Blockchain, all you need to do is understand your business requirements, and if you decide to go with public Blockchains, you must learn how to design and implement your own enterprise blockchain. After considering the characteristics of each, you can decide which one is better for you.

If you want to know more about Blockchain security and become a Certified Blockchain Security Professional, get enrolled in Blockchain Council now!