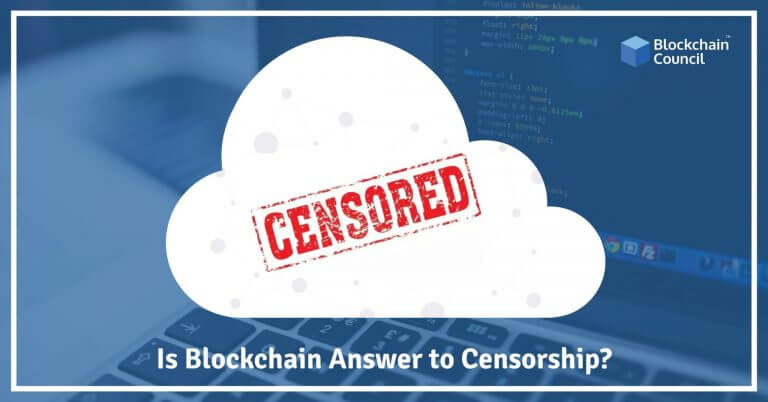 2018 has been the year that authoritarian governments have gained more power around the world. From Russia’s Putin to Turkey’s Erdoğan and Brazil’s Bolsonaro, authoritarian leaders have come to power in almost every corner of the world. Comedian John Oliver in his new segment from Last Week Tonight listed the common traits of all authoritarians. Oliver claimed that authoritarians tend to project power and demonize their enemies going so far as to eliminate any real opposition to their power. In such times, a distributed ledger that is entirely free from the control of such governments is one of the few ways that ordinary citizens can voice their concerns without the fear of reprisals and even use these ledgers as a store of wealth that can withstand any government authority. We take a look at the properties of blockchains which make them useful for curbing censorship and how they are empowering dissidents across the globe.

What Makes Blockchains Resistant to Tampering?

The aphorism “if you’re not paying for the service, you’re not the customer; you’re the product being sold” captures the internet economy well. The current economic model of the internet works largely by selling advertisements to unsuspecting users. As a result, large internet corporations such as Google, Facebook, and Amazon track their users extensively for clues about their behavioral patterns. They use the information gleaned from their users to market ads more aggressively to them. Facebook and YouTube are particularly notorious for censoring pages and posts based only computerized monitoring resulting in a loss of livelihood for several content creators on a regular basis. The situation is especially bad for activists and dissenters living in countries like Saudi Arabia and China which are prone to physically harming people who challenge the status quo. Steemit is a blockchain based social network that is completely opposed to centralized censorship and relies on user feedback to promote posts, similar to Reddit. For instance, when Chinese activists began publishing their stories using the #MeToo hashtag, the government responded by deleting the posts. To circumvent the censorship, users began recording their ordeals on the Ethereum platform. They did so by sending themselves a small change of Ether and attaching a memo to the transaction, making the memo forever saved on the Ethereum blockchain.

Blockchains have been created with the clear purpose of facilitating transactions safely in a trustless environment. People choosing to transact with Bitcoins do not need to rely on any intermediaries to process the transaction as there is a dedicated group of users called miners who take care of that. The miners consist of a large number of individuals mining using their private computers along with dedicated mining farms which resemble modern day corporations. Combined, they generate over 50 Exahashes (1018) per second. That means that an attacker would need to accumulate upwards of 25 x 1018 hashes per second to overwrite any transaction. Such an excessive amount of computational power is just not economically viable for a single entity to acquire. Also, due to their decentralized design, blockchains have no single point of attack or failure. That means even if a few nodes become faulty or malfunction, the information remains safe in millions of other devices on the network.

The so-called dark net markets or dark web markets have earned themselves a bad reputation as havens for drug dealers and hitmen. However, several reports have indicated that the vast majority of transactions involved legal transactions for commodities such as marijuana which was legalized in countries like Canada and several states of the USA. Such marketplaces allow users to transact directly with each other using cryptocurrencies such as Bitcoin and Monero. Proponents of these markets have argued that they are crucial to the spirit of freedom in countries that they operate as governments should not interfere with which substances users choose to experiment. The next generation of these markets, known as Open Bazaar is also being developed using distributed ledger technology so that they are more resistant to being shut down.

Why are people referring to Blockchain as the New internet?
Scroll to top