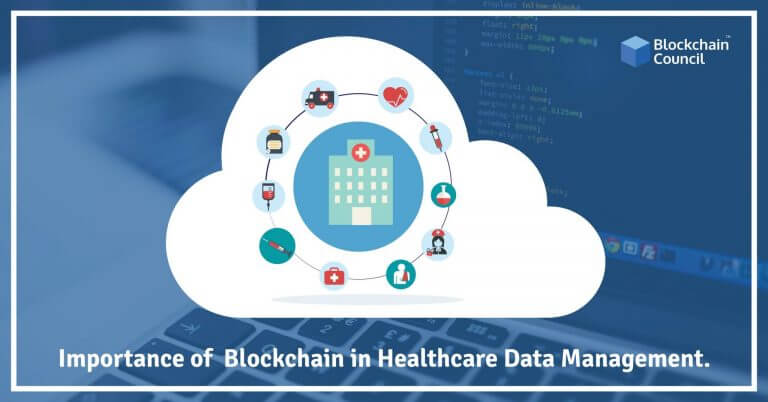 Blockchain technology has come a long way from its origin as a financial instrument that was free from the control of any world government or corporation. But as the blockchain mania of the last two years has shown us, blockchain’s use case goes far beyond what was initially thought possible. The new use case for blockchain is largely attributed to the second generation of blockchain platforms like Ethereum which enabled smart contract functionality. Here’s a look at some of the ways blockchain can impact data management in the healthcare industry.

The last few years have seen several high profile cyber attacks in healthcare systems across the world. Perhaps none was more shocking and enormous than the hacking of United Kingdom’s National Health Service (NHS) on 12 May 2017. The UK spends over £125 billion every year on the NHS which has over 100,000 doctors and close to 400,000 support staff. The NHS treats more than 64 million patients every year in the UK and 54 million patients in England alone. The hack which was part of the larger wave of cyber attacks called “WannaCry” ransomware affected over 300,000 computers worldwide and brought the NHS to its knees. The  WannaCry exploit was reportedly distributed via email attachments and could propagate itself throughout the network from one infected machine. Once the exploit had been replicated to a large number of machines, the payload was delivered in the form of locking up all of the files on the computers by encrypting them to prevent access. Then the hackers demanded payments in untraceable cryptocurrencies in order to give back access. Affected areas were severely hit in their ability to treat patients and estimates put the number of deaths due to the hack at close to 900.

Blockchain is distributed ledgers that are collectively run by a network of users known as miners. This frees blockchain from any of the biases of governments or corporations and allows for the creation of immutable data records that free to use across the world. Due to their decentralized nature, blockchain has a very large amount of computational power backing them up which makes it virtually impossible for them to get hacked. Blockchain also allows for users on the internet to be securely identified using their cryptographic private keys. These two properties of blockchain can be combined to create data management systems that are completely resilient to hacks because they don’t suffer from a single point of failure. In fact, ID management startup Civic is using blockchain for this very purpose – they upload a digitally verified copy of a user’s ID documents like passports or driving licenses to their blockchain. Later, when an entity requests access to that document, the user gets a prompt on their phone from which they can choose to allow or deny the request. The same model can be applied to healthcare records as well so that people are not left in the dark about their sensitive information being exposed like in the case of the Equifax hack. This also has the added advantage of simplifying data provenance – users can opt-in to share the medical data with researchers anonymously so that their results can be used to develop better treatments in the future. Also since there are no middlemen in this transaction, healthcare researchers can be sure that data integrity has not been compromised.