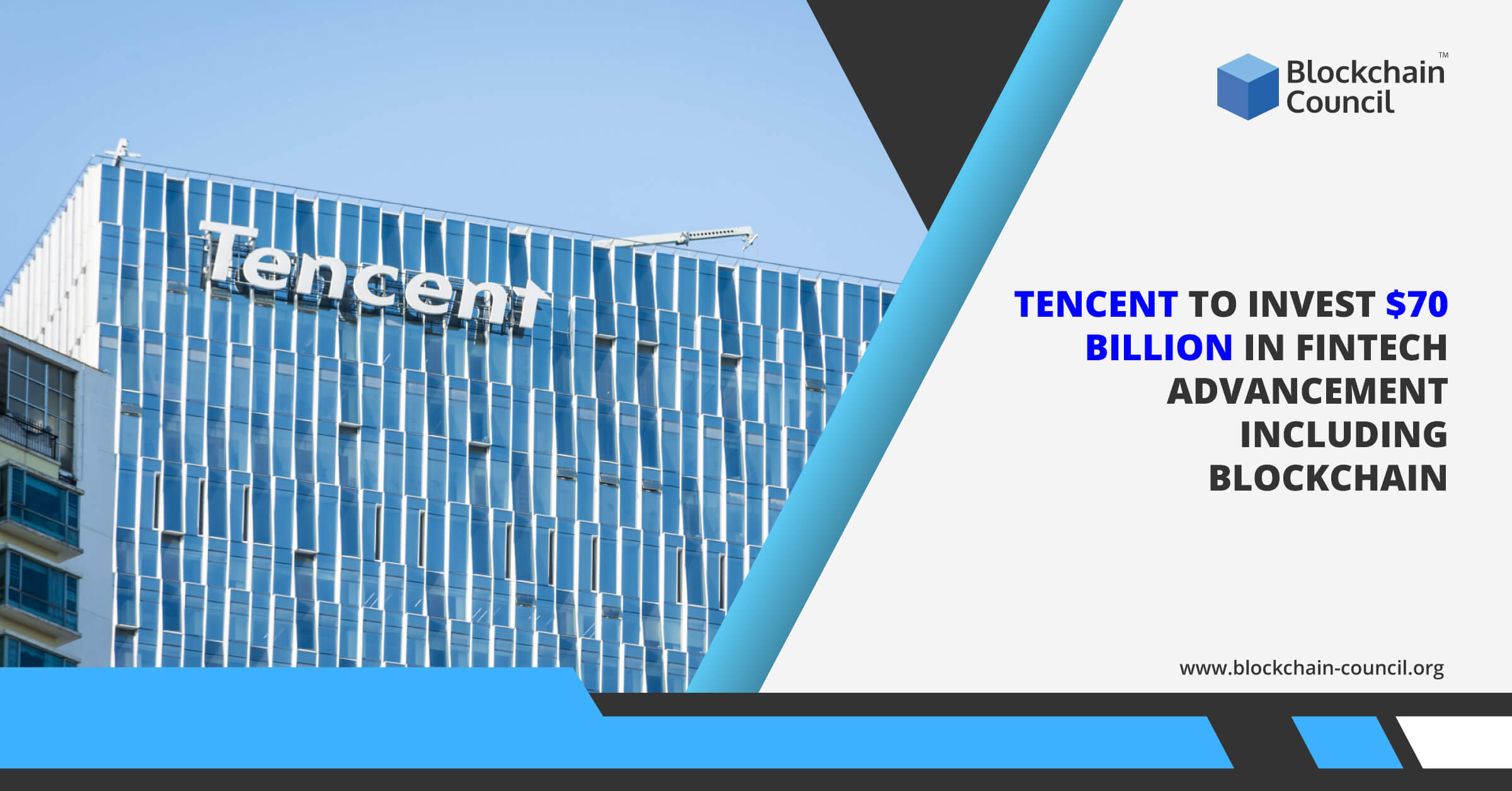 Reuters Report on May 26 highlighted the other key sectors of the investment, including servers, big data centers, supercomputer centers, internet of things operating systems, 5G networks, and quantum computing. Tencent is popular for its WeChat messaging app and a range of popular games but is aiming to increase into business services as consumer internet growth slows and companies shift number-crunching from their own computers to the cloud.

Tencent is an internet-based platform that aims to enrich the lives of Internet users through technology and help enterprises upgrade digitally. According to its official website, it aims for “customer-oriented science and technology good.” It is also the operator of major Chinese social media app WeChat.

China is pushing for a technology-driven structural upgrade of its economy with new infrastructure investment projects like blockchain. The tech giant mentioned that the COVID-19 crisis had been a critical factor motivating companies to develop their cloud-based technology infrastructure. According to Dowson Tong, Senior Executive Vice President of Tencent, expediting in this new infrastructure strategy will help further cement virus containment success.

The report also mentioned that while cloud businesses suffered amid the COVID-19 pandemic it is expected to observe accelerated cloud services and enterprise software adoption from offline industries and public sectors over the longer term.

NPC, China’s parliament, on May 23, suggested a government-backed blockchain development fund to build a better governance system. The fund aims to support the development and growth of several promising blockchain enterprises, encourage blockchain technology innovation, and cultivate many unicorn enterprises in the blockchain domain.

According to the local news report, on April 30, the government of Anhui, a province in eastern China and a part of the “Yangtze River Delta Economy Region,” has officially launched its first blockchain platform for providing government services.

On April 25, China launches its nationwide Blockchain-based Service Network (BSN) for commercial usage that offers a global infrastructure to help blockchain projects to create and run new blockchain applications at a lower cost.