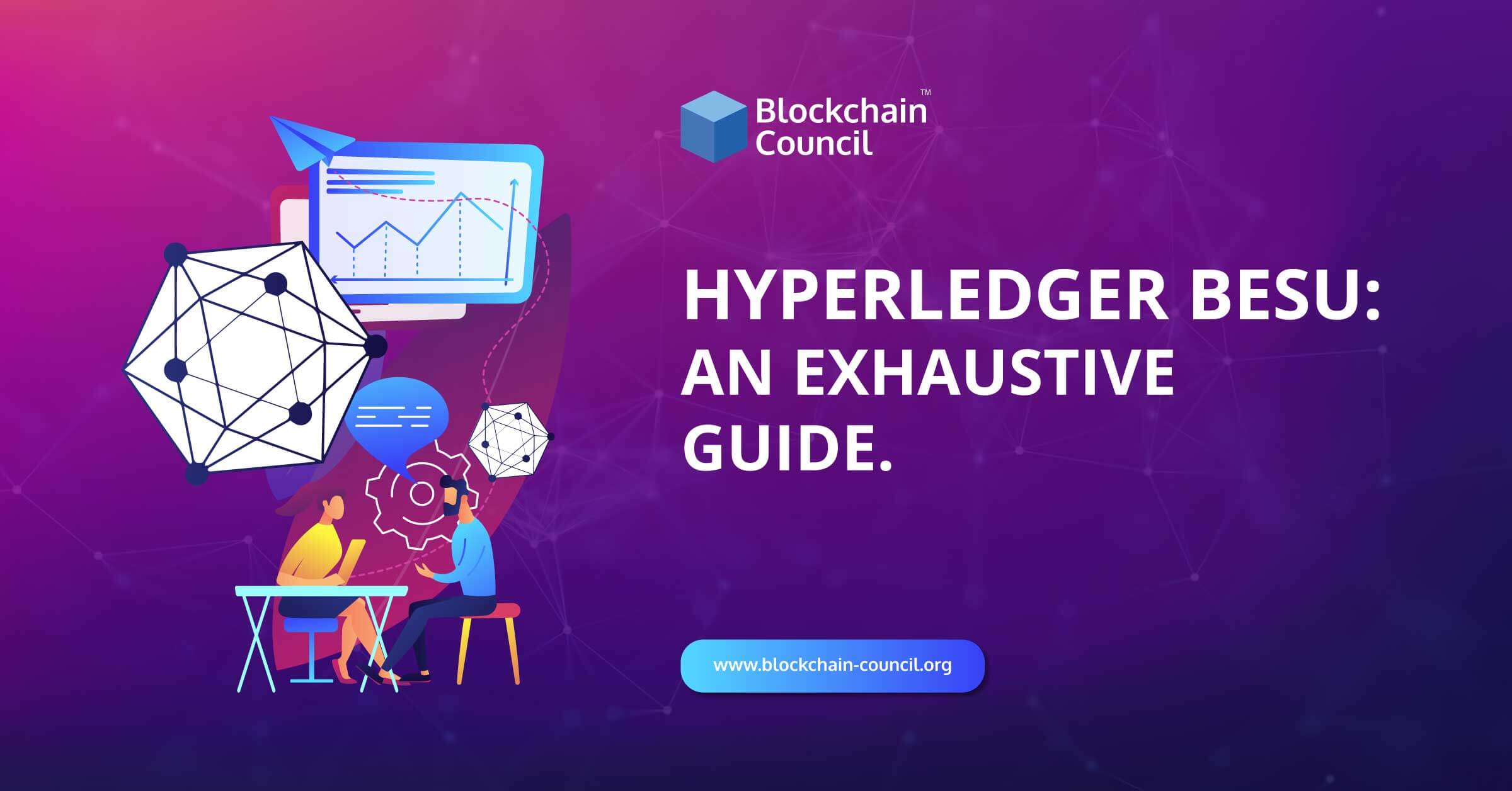 Hyperledger Besu, formerly known as Pantheon, is the latest project to join the hyperledger bandwagon and is the first project submitted on hyperledger that can operate on a public blockchain. Besu is a representation of the growing interest of enterprises to build public and permissioned network use cases for their applications. Hyperledger Besu has been positioned as a platform that enables open development and deployment. The design and architecture decisions of Hyperledger Besu have been aimed at modularity and clean interfaces.

What is Hyperledger Besu?

Hyperledger Besu is a Java-based open-source Ethereum client created under the Apache 2.0 license. It can be run both on the Ethereum public network or on private permissioned networks and test networks such as Rinkeby, Gorli, and Ropsten. Besu helps develop enterprise applications that require secure, high-transaction processing in a private network. The enterprise features supported by Besu are permissioning and privacy.

Besu supports Ethereum functionalities such as smart contract and DApp development, deployment, and operational use cases. The tools that enable these activities are Remix, Truffle, and web3j. The Ethereum client implements standard JSON-RPC APIs. This simplifies integration with ecosystem tooling. Besu includes a command-line interface and HTTP and Web socket-based APIs for running, monitoring, and maintaining nodes on an Ethereum blockchain.

Besu does not support key management owing to security issues. Instead, for managing private keys, you can use any Ethereum-compatible wallet or EthSigner. EthSigner provides access to the key store and signs transactions using tools like Microsoft Azure and Hashicorp Vault. Besu supports account permissioning and smart-contract-and-local-configuration-based node. Private transactions are also made available in the client through zero-knowledge methods.

So, what can you do with Besu?

The API of Hyperledger Besu supports typical Ethereum functionalities such as:

Besu implements the Enterprise Ethereum Alliance (EEA) specification. This specification was established for creating common interfaces among Ethereum’s various open and closed source projects. This will ensure that users don’t have vendor lock-in and will also help create common interfaces for teams building applications. Besu makes sure that its enterprise features are in alignment with the EEA client specification.

The Notable Features of Hyperledger Besu are:

Let us now discuss some of the significant elements of a hyperledger besu architecture.

1. Storage- In a storage setup, the data is divided into a few sub-categories, such as:

Hyperledger Besu makes use of many Proof of Authority (PoA) consensus protocols. These are used when participants are known to each other, and there is a high level of trust between them, for example, in a permissioned consortium network. The types of PoA algorithms implemented by Hyperledger Besu are:

The Great Minds Behind Hyperledger Besu

Hyperledger Besu was launched in the year 2018 as Pantheon and the team that has made this possible is PegaSys, the protocol engineering team at ConsenSys. It is the primary contributor and maintainer of the codebase at the core of Hyperledger Besu. This Ethereum client was built with the aim of minimizing barriers to entry for enterprises and maintaining and scaling mainnet. They have now developed an activity community by using and building on the codebase. The PegaSys team is thrilled to work with the Hyperledger community, and they aim to continue their efforts towards strengthening the Hyperledger Besu platform.

To get instant news and updates about hyperledger certifications and in general, about other blockchain certifications, check out Blockchain Council.

Top Countries That Conducted Elections On The Blockchain
Scroll to top