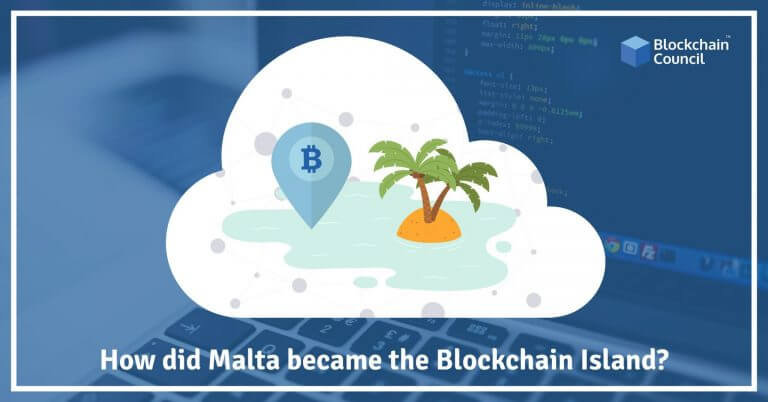 Regulatory frameworks concerned with blockchain and other distributed ledgers are crucial to legitimising cryptocurrencies and give users control over their finances. While countries like China and India have taken a prohibitive stance towards cryptocurrency regulation, Malta has completely embraced the Blockchain Technology. Malta has provided blockchain companies with a conducive environment to develop their product by focusing on long-term development instead of short-term financial gains. Here’s a look at the reasons why Malta has gained worldwide recognition for its support of Blockchain Technology.

Malta’s Junior Minister for Financial Services, Digital Economy and Innovation, Silvio Schembri claims that passing laws to assure the legal certainty of distributed ledger technology was essential for long-term growth in the sector. Schembri claims that blockchain projects suffer from a fear of government actions which can outlaw their work and even put them in jail.Such concerns are not evident, as seen from the recent arrests of India’s largest cryptocurrency exchanges Unocoin founder, for setting up India’s first Cryptocurrency ATM.

Earlier this year in July, the Parliament of Malta passed three laws establishing the regulatory framework for Blockchain Technology and other Distributed Ledger Technology (DLT) which led to the country being called as the Blockchain Island. Following are the laws passed in Malta:

At a time when governments around the world are trying to curtail the freedoms of blockchain companies and cryptocurrency exchanges, Malta has taken the exact opposite approach by providing a firm regulatory framework for DLTs. This has led to some of the biggest players in the blockchain space to move their offices to Malta. China-based Binance which routinely tops the overall Bitcoin volume has invested heavily in creating new offices based in Malta which conforms to the framework of the European Union and the Maltese government. Bittrex which is one of the largest cryptocurrency exchanges in the United States has also opened a new exchange based in Malta. Several other high profile exchanges such as OKEx and Bithumb are also evaluating making a switch to Malta as the legal backing can help these companies work more safely in the long term. Earlier this year, South Korean authorities raided the offices of Bithumb, South Korea’s largest cryptocurrency exchanges on the pretence of a regular financial audit. China has also pulled similar stunts with exchanges that operate out of China. With no legal backing in both China and South Korea, the exchanges had no option but to take the losses. Therefore, when thinking of long-term growth, these companies are choosing to move to Malta to develop their products and services.