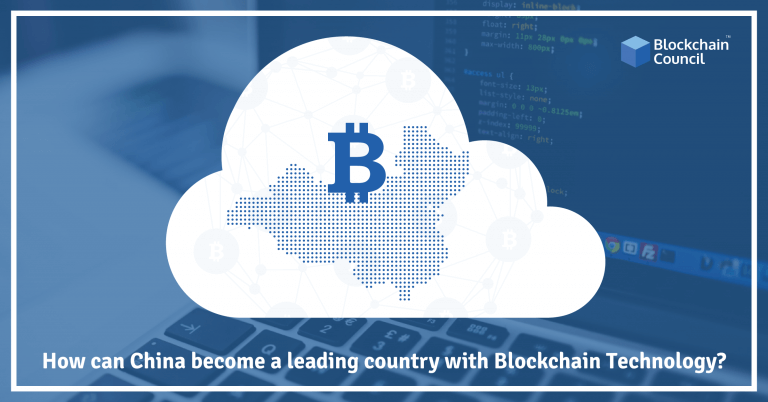 Blockchain Technology brings with it many improvements in a variety of fields from banking and finance to logistics and governance. Investors and businesses have been quite receptive to the idea of such an open and transparent ledger for their needs. The government, however, have remained more sceptical throughout the world of this disruptive new technology. Governments from countries like South Korea, India and China in the past have put restrictions on ICOs and have subjected cryptocurrency exchanges to enormous scrutiny. On the other hand, countries like Japan and Malta have fully embraced the technology for the benefit of their citizens. Here’s a look at how China can leverage the power of the blockchains to become one of the leading nations of the world.

China is not at all new to the world of blockchain innovation, and in fact has been one of the earliest adopters of the technology. Since the inception of Bitcoin, China has held on to a huge dominance regarding manufacturing and operation mining equipment. Additionally, in the early days of Bitcoin, China was routinely responsible for over 80% of the global traded volume for Bitcoin. Things started to change, however, after the surge in the price of Bitcoin last year in September when the government announced its crackdown on cryptocurrency exchanges in the country. The country is again seeing a shift in attitudes towards Blockchain Technology and cryptocurrencies in general since the newly elected governor of the People’s Bank of China expressed positive sentiment about blockchains and called for its use in various government programs.

How Blockchains Can Be Used for the Average Person?

China is one of the most lucrative markets for Blockchain Technology because of its large population of young people, aged between 16 and 32 who are already heavily reliant on digital modes of payments. For example, a large number of people in China already use digital codes to make payments in places like vending machines, restaurants and grocery stores. As a result, the digital payment market is huge in China, estimated at over 1 trillion dollars annually. Companies like Alibaba and Tencent have cornered the market at 53% and 40% market share respectively because of the complete shopping experience that they offer to the users. For instance, Tencent’s WeChat instant messaging app is very popular in China with over 300 million users and can be used for everything from reading news, to online shopping and digital payments. By creating a complete integrated environment such as WeChat, users have very little need to leave the platform, leading to a lot of revenue for these companies from digital payments.

Since the digital payments market is so huge for China, there are some different approaches to facilitating payments. Blockchains can be very useful for facilitating the payments as they are more secure and cheaper than other forms of payments. Keeping this in mind, the KIK messenger platform conducted its KIN token ICO. KIK messenger has over 100 million users in China who use its web-based payments. Now, with the KIN token, these users can seamlessly transition to using blockchains to make payments more secure under the hood.

Another ambition blockchain product for the Chinese market is the NEO blockchain which aims to tokenise every traditional asset and commodity on the Blockchain. NEO has designed a high throughput Blockchain that could be used to eliminate the need of using traditional clearinghouses and exchanges for the exchange of financial products. Making this transition makes the exchange more secure and gives users complete control over their financial assets. The project is currently in beta testing, but once it starts rolling out to the public, China stands to benefit a great deal from the added security and transparency of blockchains.

How AI and Blockchain Can Help You Earn a Passive Income ?
Scroll to top