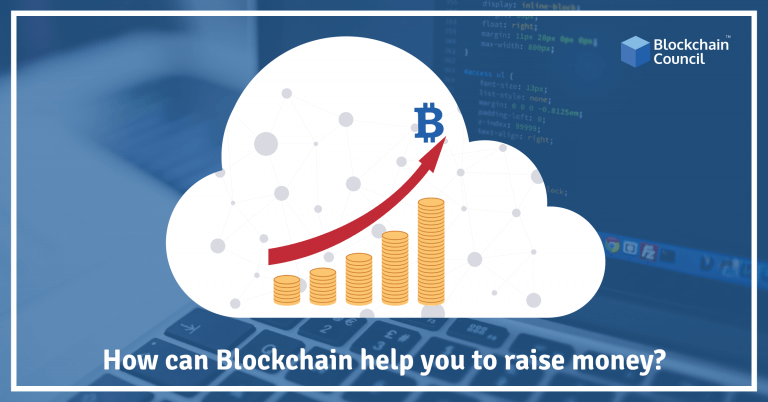 Blockchain the technology of future has made a substantial impact on the industry. Irrespective of the kind of industry or business niche blockchain finds application everywhere. It won’t be wrong to claim that it is omnipresent and its agility makes it the most wanted technology. Apart from various industry, blockchain also happens to create an excellent platform for raising funds especially when it comes to startups. In this blog, I will be highlighting on how blockchain can help in raising fund and why it is such a huge success.

Eye-popping news regarding blockchain and investment-

An essential step for blockchain evolution is crowdfunding. Crowdunfders have invested heavily in blockchain which is in the data above. Blockchain in crowdfunding is creating many opportunities for growth and is helping the startups. The decentralised investing feature of blockchain has made it popular and is going to proliferate in the times to come.

If you have heard about blockchain, then you would know about ICO or Initial Coin Offering. ICO is the most popular way of raising funds which most of the startups and tech companies are using to raise fund to run their business.

The concept of ICO is gaining momentum is becoming popular day by day. In ICO you can create a digital coin and then offer this coin for sale. You can also consider it similar to Initial Public Offering. The idea behind both these concepts is to raise fund. ICO helps you purchase a new type of token instead of security.

These tokens represent some value, or they are of some value. An ICO may attribute equity to a token such that you have ownership. With this, you are eligible to vote and also get access to dividends. You can think ICO to be similar to specific loyalty points which comes with an added advantage.

Amalgamating token with ICO via crowdsale lets you build a network of early adopters and investors which will work to educate and spread awareness about your project thus making it easy for you to run the business and get market penetration.

Should you invest in ICO?

Well, it all looks alluring when it comes ICO, but before investing, you must know why you should spend in ICO, whether it is beneficial to be investing in it or not. For you to understand it better, here are some points that you must ponder over :

You must identify the reason behind the ICO- Before investing in ICO; you must ask yourself why are you spending on it. You must think whether your product needs decentralisation or can work like that. Don’t just invest because it is selling like a hot cake.

Do you have a product? The success stories like Ethereum have raised funds with the only MVP, but experts caution against pre-sale. Most of the successful ICOs have a product with maturity, for example, Storj. Storj provides cloud storage which competes with Microsoft or Amazon.

Utility– Another important point that you must take into consideration is the utility value. A token should not be about profit-sharing rather it should be about efficiency.

Here is how blockchain will be beneficial?

It has no borders– The best part about blockchain is that it has no boundaries; you can transact and trade across the globe without paying massive fees or duties. It is an entirely global platform which encapsulates a vision where it is easy to find various groups present globally. These groups use blockchain to raise money from the market, issue assets and pay the stakeholders.

Blockchain the startups favourite– It is one of the favourites for the startups. The ease of raising funds makes it easy for the startups to get funds to start their business. Companies like CCEDK was formed to enable the users to convert bitcoin into different virtual currencies.

Crowdfunding – Blockchain has various uses apart from its typical application in healthcare, medical, supply chain, and logistics, etc. Companies like Starbase are making use of this technology. It will help the global companies to recruit and pay salaries to the employees using the blockchain based platform.

It is undeniable that blockchain holds a lot of promises for the future. It may soon become a virtual platform upon which the conventional bricks-and-mortar financial industry will function. It is on its way to becoming a major investment theme in the future.