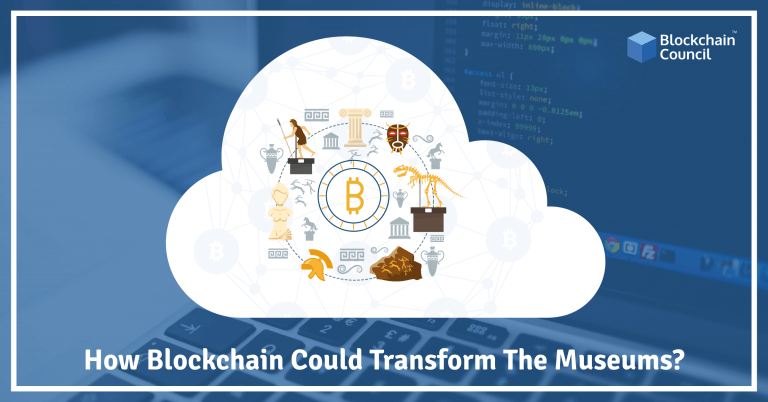 Digital technologies have exhibited significant disruptions across various sectors such as travel, healthcare, insurance, and finance over the past decade. The emergence of blockchain technology has, no doubt, radically transformed the way people interact with financial services. They are rising in popularity each day as they have both a direct and indirect impact on organizations, economies, and individuals from around the globe. Blockchain, referred to as the ‘internet of value’, is indeed a boon as it lets anyone send anything of value to anyone in any corner of the world in an efficient, secure, and affordable manner.

As museums preserve both cultural and historical data, creating blockchain-specific museums will have a societal impact and change the way people collect archaeological items or even the way museum tickets are issued. There have been cases where some museums have already made use of blockchain technology.

One such example is the Hammer Museum in Los Angeles in 2017, where three trade show-style booths were represented together where each booth was used to represent different revolutionary personality in the blockchain market.

Another example would be the Museum of the Coastal Bend (Texas) and the St. Petersburg Museum of History (Florida) where payment through bitcoins was accepted for donations, purchases at gift shops, and memberships.

Some of the general ways in which blockchain technology can be used in museums are:

On a more specific note, blockchain technology can be used in museums for the following purposes:

For a museum which has a physical collection of goods, tracking the movement of those objects is crucial. Blockchain technology can be used in collections management, as museums are often required to pay a premium due to the risks the objects are being subjected to during transit.

The globe trade digitization platform, which is to be developed by shipping giant Maersk and IBM, will enable more transparency and security when transporting goods overseas.

Getting in touch with people who want to contribute to healthcare, environment, education, or any other domain, will help the museums gain more donors and help manage their causes. Using blockchain technology aids in tracking and designating gifts in real-time as it would be constantly updated, thereby making it even more transparent and easier than having a copy of an acknowledgment letter from the museum. Such a record provides assurance that objects are safe and stable while in transit. This would also reduce the heavy art insurance costs which are usually incurred by museums.

Provenance history refers to the ownership history of a work of art. In other words, it is a trail of ownership that leads back to the original creator of that piece of work. Blockchain can act as a central system for verifying and securing such provenance. As information once recorded on a blockchain is impossible to change, it is very relevant for use in this context as it helps prevent an incomplete or inaccurate record. Forgery is reduced as it is impossible to create false records on the blockchain.

Smart contracts, computer protocols which perform credible transactions without third parties, can be used to making pricing terms transparent. Purchasing art through smart contracts helps artists gain a fair share of their proceeds. Access to the art market can be democratized as it will also allow art lovers to purchase their favorite pieces of art at their actual prices.

5. Getting Rid Of Middlemen

Artists can sell their art online directly without the help of a middleman or a publicist. With blockchains, artists can set and control prices themselves which would lower transaction costs. Though the risk of the unknown can never be completely eliminated, employing blockchain technology would certainly help the buyers get in touch with sellers directly. The terms and conditions of purchase and sale can be discussed beforehand in a clear manner.