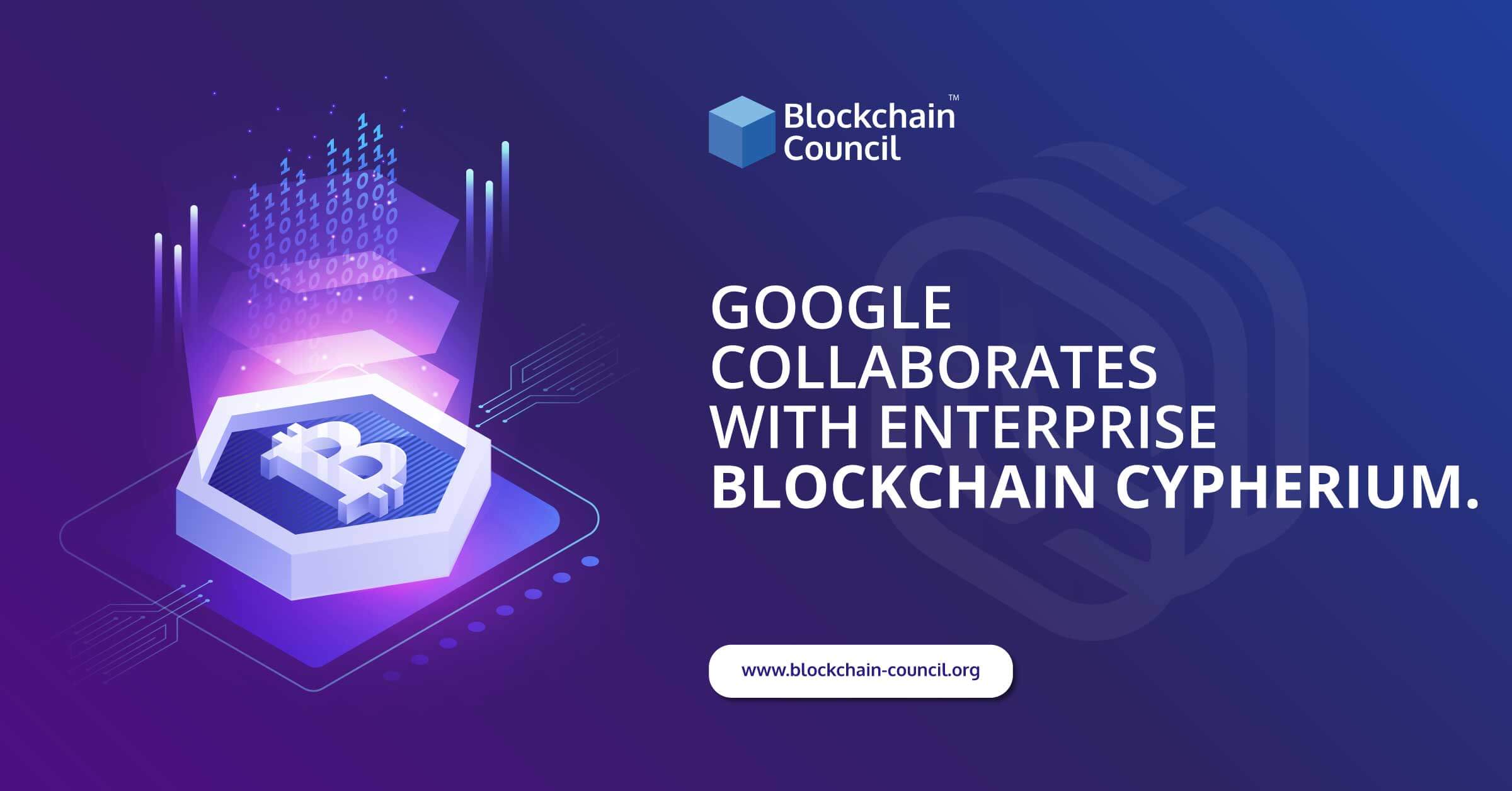 The cloud wing of technology leader Google is entering into a partnership with an enterprise blockchain named Cypherium. As per the press release on 13 August, the product Cypherium Enterprise is described by Cypherium as an enterprise-focused blockchain which focuses on decentralization and scalability. As a result of this partnership, Google customers will now be able to access Cypherium’s blockchain solutions.

According to Sky Guo, the CEO of Cypherium, “We’re delighted to be collaborating with Google Cloud to provide enterprises with a full-stack solution to harness the potential of this paradigm-shifting technology. The growing demand in the market for DLT solutions in the financial industry and beyond drives our commitment to this collaboration. Cloud customers can rest assured that the blockchain solutions they implement using Cypherium Enterprise are clad in robust security, and capable of delivering rapid transaction speeds for its smart contracts and achieving fast data processing from its Java virtual machine.”

Cypherium is a robust and scalable smart contract platform. It provides an accessible and intuitive user interface. It uses a comprehensive consensus mechanism which helps developers to create groundbreaking apps which are capable of transforming the future of law, business, and enterprise solutions. Cypherium has been developed based on the valuable innovations of the previous blockchains.

“Google Cloud and Cypherium are bound by a perpetual need to innovate. The future of commerce and blockchain are inextricably linked, and we are well-positioned to leverage Google Cloud’s expansive resources and best-in-class infrastructure to accelerate the use of the technology to solve real-world problems faced by businesses today.”

This enterprise blockchain of Cypherium will offer confidentiality and blockchain interoperability and will also support thousands of transactions per second. Through this partnership, Cypherium aims to provide corporate clients with an enterprise blockchain solution which has the features of high throughput, confidentiality, frontier speed, and the cross-chain capabilities which are needed to meet the demands of real-world business needs.

As revealed in the press release, Cypherium has also entered into a partnership with IBM Cloud and Amazon Web Services. Cypherium makes use of a Turing-complete virtual machine written using the Java programming language, to run its smart contracts. Since Java is a popular language, its use is widespread, and using Java for the smart contract system of Cypherium would possibly lower the barrier to blockchain adoption. In May, Google Cloud added Qtum to its roster of software partners.

Qtum is an open-source, public blockchain platform which boasts of a Decentralized Governance Protocol (DGP) which allows specific blockchain settings to be modified using smart contracts. Qtum is compatible with the existing blockchain infrastructure and is also modular, which means that new technology can always be added to it. Qtum offers a suite of developer tools supplied on Google Cloud. These include support for launching a full node, DApp dev tools, and tools for forking and staking within Qtum.

As per the announcement, “When the Qtum source code is updated, Google Cloud will automatically update the code everywhere, saving developers the need to manually re-download in order to remain on the latest version.”

Blockchain To Soon Become A Reality In Maharashtra
Scroll to top