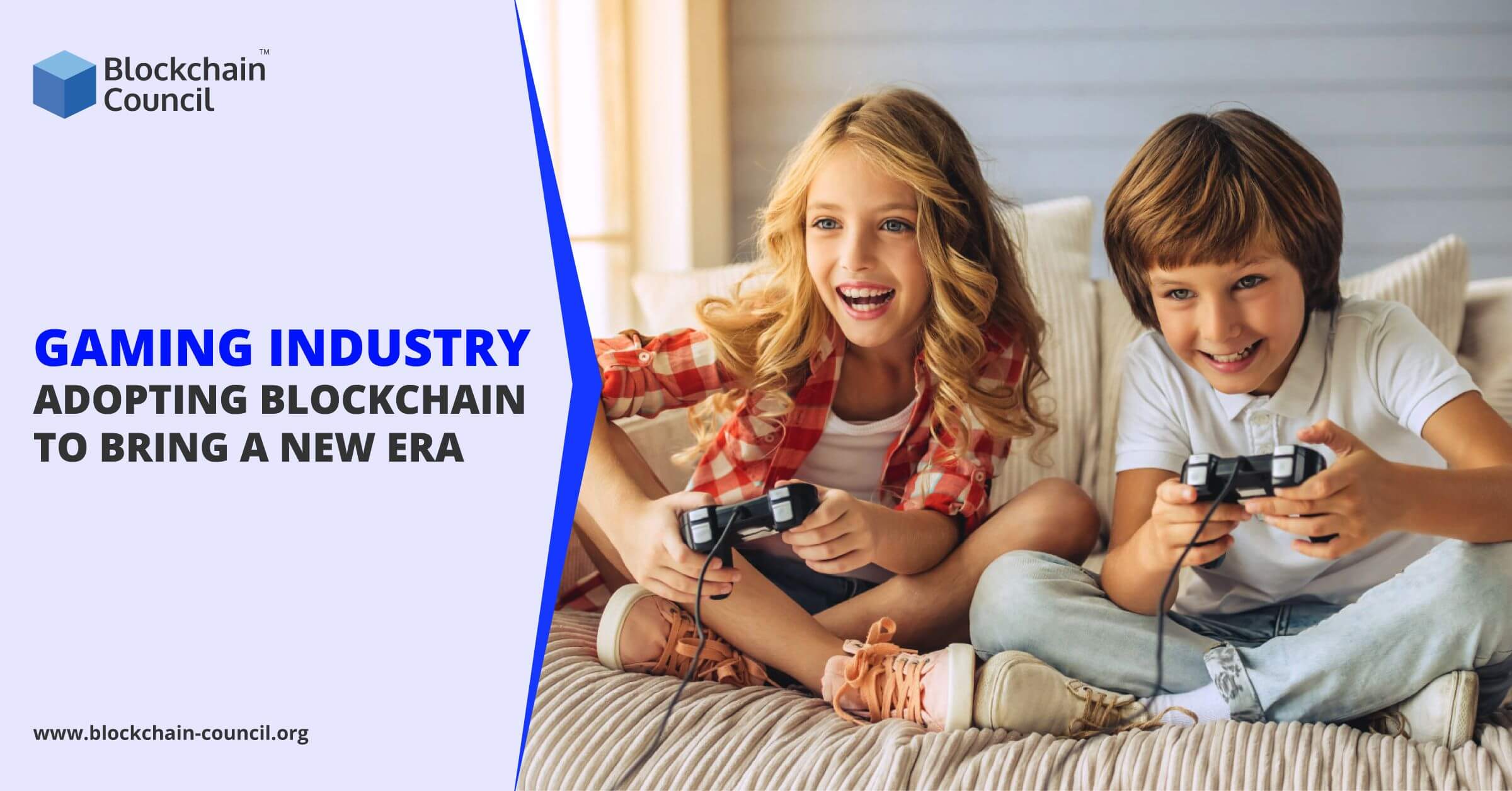 There is nothing more exciting to look forward to than new games. Isn’t it? What about blockchain-based games that offer a completely safe environment for gamers.

So let’s get started to see how Blockchain can transform the gaming industry.

Why Blockchain is Booming

Blockchain is a peer-to-peer decentralized distributed ledger technology that mitigates the dependence on a centralized authority. Blockchain developers are pushing towards this technology because it offers immutability, transparency, privacy, and complete security and allows everyone to create a verifiable digital record.

Technology has the potential to revolutionize almost all industries, including finance, supply chain, eCommerce, digital identity management; the gaming sector is no more an exception. Blockchain platforms use powerful data encryption techniques to secure crypto token transactions. Moreover, it ensures that hackers can’t edit or modify existing transactions stored in the Blockchain network.

How Blockchain is Giving a New definition to Gaming Industry

Centralized servers are more prone to attacks and hacking. This is because if hackers break the encryption, they can have complete control over the assets stored on the server. But Blockchain allows players to securely store their digital collectibles in their crypto wallets.

Unlike pay-to-play games, which involve central authority, Blockchain-based games allow players to own their in-game assets. This is because Blockchain uses smart contracts functionality whose results are recorded in a decentralized and immutable way; hence no one can change the ownership of the in-game assets.

The current market relies on gamers/players who purchase in-app items that become ineffectual shortly, and then players are left regretting how much they spent on expensive games.

According to the latest announcement, a blockchain-based entertainment platform, Digital Entertainment Asset, DEA has the potential to transform the present gaming industry and aims to offer “a highly entertaining and intuitively usable platform.”

To deal with existing issues, DEA claims to provide a viable solution by rewarding players, meaning users get something in return for adventure and exploration instead of getting charged, known as Playmining. Such assets can then be used in the Digital Art Auction platform. Digital Art is managed by a blockchain that allows buyers with authentic ownership and guarantees that the creators receive full compensation for their works. The team explained that the earned points and reading manga will be free for all players and can be exchanged for digital currency.

The Digital Art can then be purchased using a DEAPcoin, which is specially created for the DEA platform.

DEA also explained that each digital asset would initially offer an illustration by famous Japanese manga artists, and with time, other variety of assets will be added for players.

‘Ultra’ can Give New Definition to Gaming Industry

Ultra, a well-known blockchain-based gaming platform, aims to revamp the gaming industry by putting the power into the hands of developers and players.

Recently, the Ultra gaming platform announced that it will integrate Theta Network’s live-streaming technology that will allow users to preview games in action before making a purchase and earn rewards to spend in the Ultra ecosystem for sharing streams.

Theta Network is a decentralized video delivery network, running on a dedicated blockchain, powered by users.

This is how their integration service will help players. When a user hits a game’s landing page, the game will be played live through Theta streaming technology directly within the Ultra platform, which will allow gamers to earn rewards of both tokens: Theta (TFUEL) and Ultra.

Blockchain was considered a disruptive technology once it became clear that Bitcoin wasn’t it’s only use case. Technology is revamping the gaming industry by enabling open communication between players and developers. Moreover, it can also be helpful in creating decentralized gaming systems where no single authority controls the gaming system. Blockchain aims at enabling gamers to play, discover, compete, and socialize with zero friction.

Thus Blockchain technology can bring a revolutionary change in the gaming industry.

What’s your take on this? Let us know in the comment section.