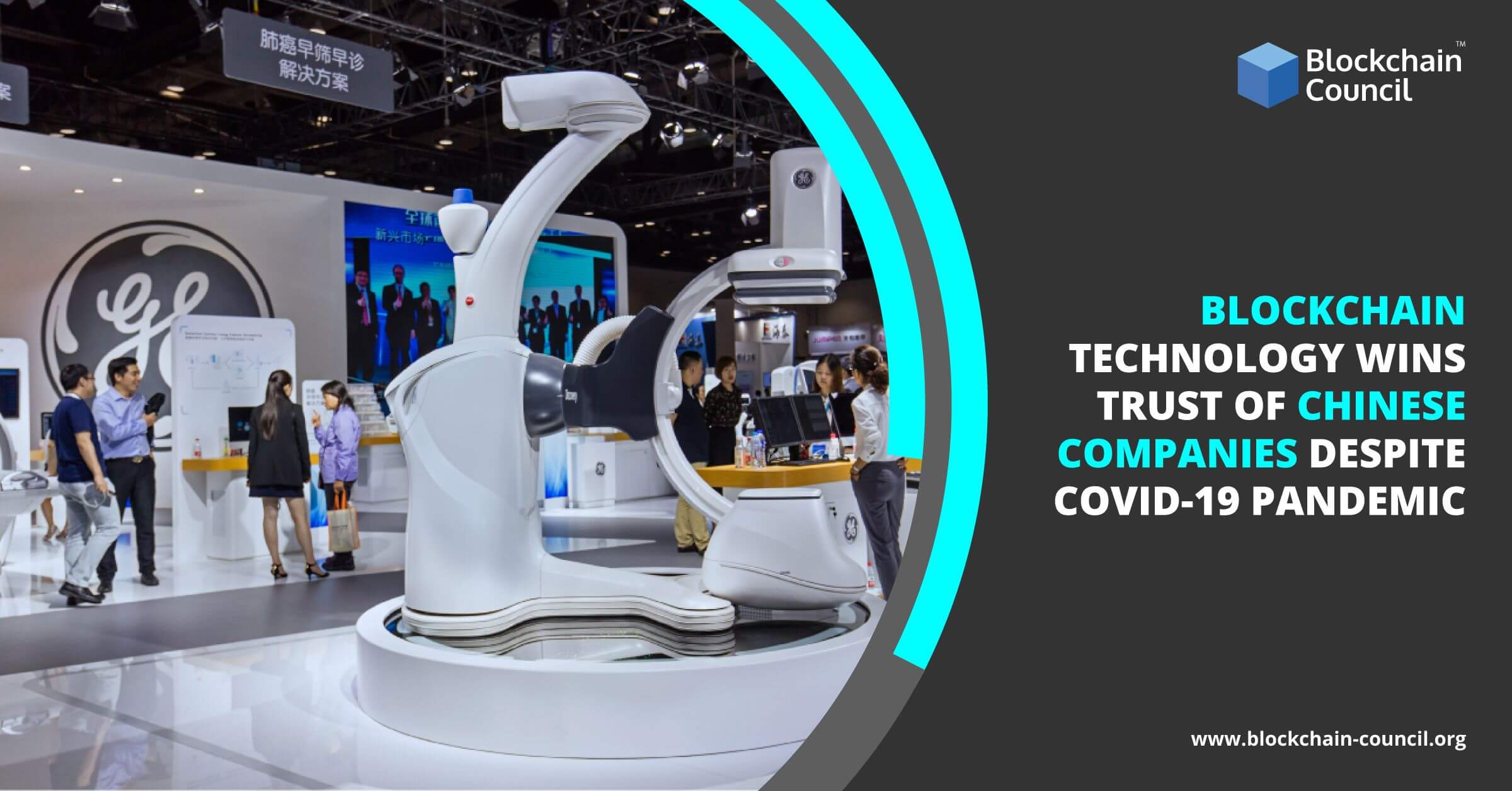 According to Xinhua News Agency, 70% of the companies surveyed before the coronavirus pandemic remain optimistic about the potential of Blockchain technology.  Although the epidemic affects the company’s revenue to varying degrees, “this outbreak has not affected the long-term impact of enterprises on the industrial blockchain,” says the report.

The report surveyed nearly 350 companies, including more than 10 types of industries such as blockchain technology, industrial finance, manufacturing, financial institutions, commercial circulation, logistics, and supply chain management. A survey revealed that blockchain’s pre-COVID-19 corporate bullishness remains alive in the region.  As 70% of the companies surveyed before the pandemic remain optimistic about the blockchain’s potential, up to 20% of the interviewed enterprises said that they would even increase capital investment for large blockchain projects.

It is a belief that with the gradual release of new infrastructure investment and favorable policies, industrial blockchain will also accelerate. At the same time, the construction of underlying platforms such as distributed storage, public chain, alliance chains, and industry chains will be greatly powered, with the market pattern to reshape at its best.

With the remarkable acceleration of the application of blockchain, the value of industrial blockchain empowering all walks of life is also rapidly emerging. While researchers agree that blockchain technology is considered as the most effective way to fight against disasters, Yu Jianing, deputy director of the China Communications Industry Association Blockchain Special Committee and president of Huobi University, explained that industrial blockchain is essentially a “new species” formed by the integration of four innovations, based on technological innovation, where digital finance is the driving force, the economic community is the organization, and industrial application is the value.

Despite the crises, the adoption of blockchain technology has not faltered. China continues to take essential steps to adopt blockchain technology in the country and implement related systems in different sectors of the economy. Recently, according to China Quality News, it was reported that Suzhou wants to implement a blockchain-based pilot program to use real-time notarial tracing functions across the country.

In June 2020, Chinese authorities have also released a master plan, with blockchain as a part of it, for turning southern island province Hainan into a free trade port that will focus on facilitating free trade, investment, and cross-border capital flows in the whole island. It is assumed that the Hainan free trade port will be basically established by 2025 and get more matured by 2035. Also, another Chinese province, Hainan, recently in May 2020, joins the blockchain ecosystem with the announcement of a cross-border financial services platform.