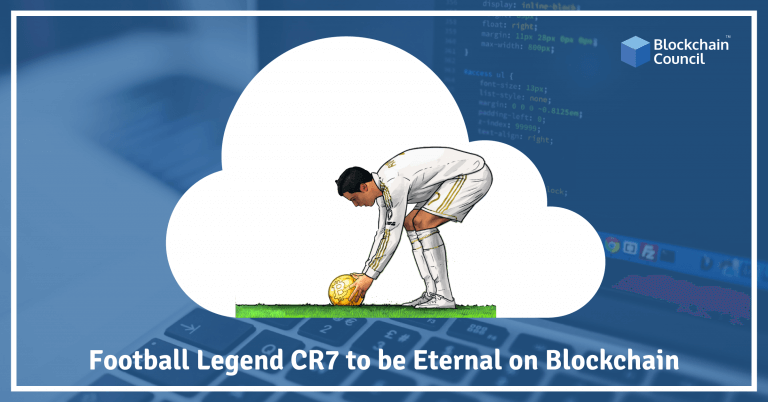 The football season that ended recently was the source of innumerable advertising contracts around the world. From mobile phones to cars and online services, everyone wanted to use the world cup’s popularity to reach out to more potential customers. To jump on the football world cup bandwagon, CR7Coin was launched with a goal to immortalise Cristiano Ronaldo on the blockchain. Let’s take a look at what this coin stands for and how it is related to the football superstar.

‘CR7’ is a marketing term owned by Cristiano Ronaldo, and references his initials and shirt number, meaning Cristiano Ronaldo #7. In February a new ICO announced its arrival – CR7Coin. Since its announcement, its marketing has centred around one individual – Cristiano Ronaldo. The goal is to ‘immortalize Cristiano Ronaldo on the blockchain.’ It is not exactly clear how they aim to achieve this, but they have revealed plans to build a blockchain-based marketplace with CR7Coins used as the main currency.

Even though their marketing is trying to ride off the wave of Cristiano Ronaldo’s popularity, they have been careful to issue disclaimers like the following on their website. “CR7Coin is not owned, operated, endorsed by, or otherwise affiliated with Cristiano Ronaldo, CR7 trademark or any other organization owned and operated by Cristiano Ronaldo or any of his affiliates.” According to the CR7 website, apart from being on the pitch, they want Cristiano Ronaldo (CR7) to be part the day-to-day activities of his loyal fans. To this end, they will build a marketplace for football, and sports-related goods were CR7Coin will be used as the currency. They plan to build a football network to connect aspiring football players and agents. They plan to partner with football merchants and platforms to accept CR7Coin for payments. So, as it stands, the website only features generic promises for partnerships and other facilities in the future similar to many of the other blatant cash grab schemes in the cryptocurrency space. It appears that CR7Coin has no relation to Cristiano Ronaldo and is infringing on the copyright of the CR7 label. Due to its decentralised nature, however, it would prove difficult to implement a ban on its distribution. Cristiano Ronaldo is almost certainly completely unaware of his endorsement of this cryptocurrencies. Investors would do well to look over to more legitimate projects in the cryptocurrency space that bring actual value to the world.