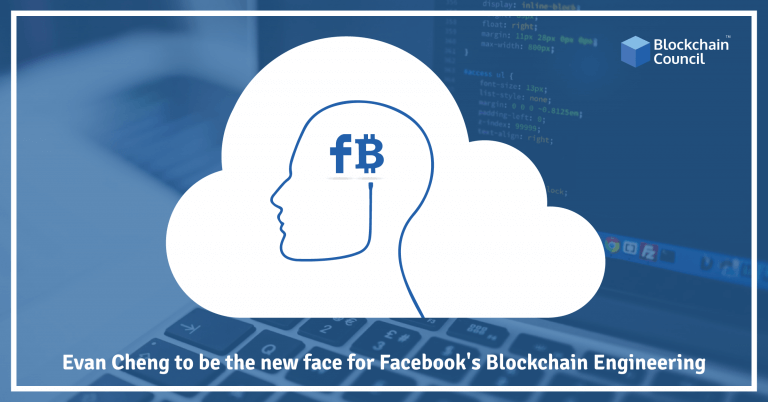 Facebook isn’t new to the world of the blockchain, and in fact, has been exploring different avenues for employing blockchains since last year. Earlier this year, the head of Facebook’s Messenger application, David Marcus announced “After nearly four unbelievably rewarding years leading Messenger, I have decided it was time for me to take on a new challenge. I’m setting up a small group to explore how to best leverage blockchain across Facebook, starting from scratch.”

Evan Cheng has become the new director of the blockchain division at Facebook. Before that, Cheng worked as the director of Engineering for Facebook for three years, having spent a decade before that as a developer at Apple. He also works as an advisor/consultant for blockchain companies Chainlink and Zilliqa and seems to know a lot of blockchain technology in his tweets. Cheng has spent most of his career working as a “low-level” programmer, meaning that his experience has prepared him for problems of scaling and throughput that plague cryptocurrencies.

In the last 15 years, social media platforms have become hugely popular due to the personal nature of the content they allow for. Most of this content is user-generated, which is why it is more authentic compared to the centralised media houses of yesteryears. As a result, most people now spend several hours on various social media platforms which translates to more content and more revenue for these internet giants. One of the problems of this model remains that the content generator is not fairly compensated for the work that they do. Blockchains can be enormously useful in this endeavour as blockchains allow for the seamless integration of tracking content consumption across various websites and combining it with the power of smart contracts to automate payments to the content creator.

In recent years, decentralised alternatives to these traditional social media platforms like Facebook have emerged. For example, Steem, the social media platform which brings together the best parts of Facebook and Reddit works on this principle. Steen has a native token called Steem Dollar that can be used to pay content creators for creative contributions. Similar to Reddit, people can submit posts, pictures, videos and other links for other users to deliberate upon. Users can upvote and downvote these posts to express their enjoyment and based on that; the original poster gets rewarded in Steem Dollars. Payment is automated using smart contracts, and users can share in this community from all around the world without having to set up a new bank account. Steem already processes many orders of magnitude more transactions that Bitcoin and Ethereum combined.

Facebook has been rumoured to set up payments soon and could use cryptocurrencies to facilitate cross-border payments. But really, the scope of blockchain extends far beyond just financial applications. Facebook could use blockchain technology to ascribe ownership to the vast amount of data that people share on its website so that it is not unfairly copied. Additionally, that ownership could be used to pay some of the revenue generated to the creator of the content.

How will Blockchain grow beyond Cryptocurrency?
Scroll to top