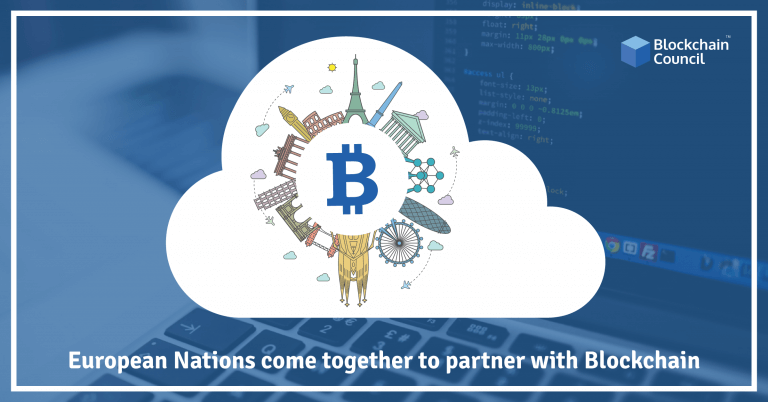 As the hype surrounding cryptocurrencies seems to be dying down, real-world adoption seems to be well on its way. In a recent press release on the European Commission’s Digital Single Market website, the commission announced the establishment of a European Blockchain Partnership. This is a step in the right direction for cryptocurrency adoption as this brings blockchain technology to more businesses right away and in a regulated fashion. This will also help develop open source industry standards which will make it easier to develop for blockchain platforms in the future.

According to the press release, the European Blockchain Partnership will be a vehicle for cooperation amongst the Member States to exchange experience and expertise in technical and regulatory fields and prepare for the launch of EU-wide blockchain applications across the Digital Single Market for the benefit of the public and private sectors. Let’s take a look at what the Digital Single Market is and how it will impact the adoption of blockchain technology in the following years.

What is the Digital Single Market?

Conditions for digital networks and services to grow and thrive growth of the European digital economy. Therefore, this policy should address issues such as changes to the European copyright law, geo-blocking, cross-border sales, improvement to telecom rules and many others like the improved handling of personal data. These reforms will together help build a data-driven economy of which blockchains will be a crucial part. Blockchains are going to play a central role in this digitisation of the economy because they promote user trust. Blockchains make it possible to share information over the internet, and record transactions in a verifiable, secure and permanent way. The Commissioner for Digital Economy and Society,  “Mariya Gabriel said that in the future, all public services will use blockchain technology and that blockchains could provide a way for the member states of the European Union to promote user trust and the protection of personal data, to help create new business opportunities and to establish new areas of leadership, benefiting citizens, public services and companies”.

The Blockchain partnership declaration was launched at the Digital Day 2018 (April 10, 2018), and was signed by twenty-two Member States including Austria, Belgium, Bulgaria, Czech Republic, Estonia, Finland, France, Germany, Ireland, Latvia, Luxembourg, Malta, Netherlands, Norway, Poland, Portugal, Slovakia, Slovenia, Spain, Sweden, UK. Greece and Romania have signed on afterwards on May 23, 2018. By joining the European Blockchain Partnership, all of these countries can share their knowledge and avoid fragmentary approaches to the blockchain. Countries like Malta have already passed legislation that will help set up basic cryptocurrency services, and other countries can learn from the successes of Malta. Furthermore, Germany has been actively working with IOTA to usher in the next generation of Internet of Things (IoT) devices and in doing so has gained a lot of knowledge of this new technology. This information can be shared more efficiently within the Alliance for other members to learn and adopt the revolutionary technology. In this manner, using blockchain technology for all the public services not only brings costs down but also makes the process more transparent. Users would get more control over their data, and the General Data Protection Regulation (GDPR) would ensure that it is not misused. As we already discussed, blockchain technology dramatically helps this endeavour as it helps design systems which comply thoroughly with GDPR regulations. Therefore, the European Blockchain Partnership will help the citizens of the entire European Union to make their online data more secure and efficiently stored.

RecordsKeeper – An Open Public Ecosystem for Record Keeping and Data ...
Scroll to top