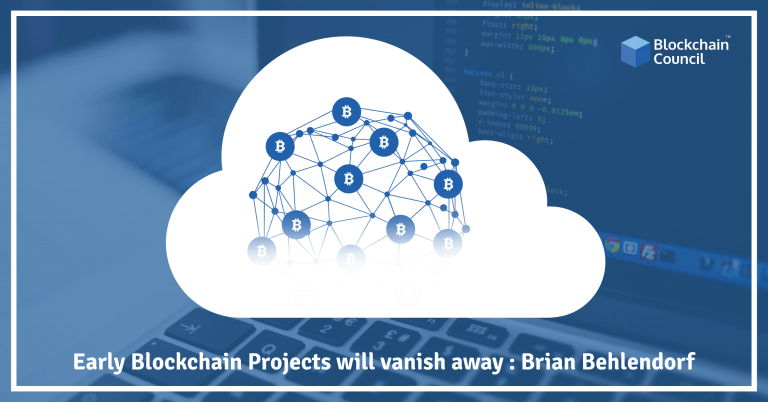 You cannot imagine a day that goes without a discussion surrounding Blockchain and its application. It’s a known fact that we have seen the surge of this technology and Blockchain is being eyed as a technology that will transform the world for good. Currently, we are working in a system where every information is centralised which means that each information is stored in a central repository, hence, if there is any damage in that centralized location, the entire chain tends to get disrupted, vice-versa if we have a look at Blockchain, the scenario is different. Blockchain aids peer-to-peer transaction which is decentralized and culminates the need of the third-party for validation and approval.

Owing to its multitude of features and benefits, Blockchain has become a popular technology of the modern world. Although, it has its own sets of pros and cons Blockchain has laid the foundation stone for a secure future.

What is Blockchain and what the buzz all about?

The Blockchain is the distributed digital ledger technology which stores all the information in chronological order. It means that you can use this technology to track and trace information, and trading. Although, initially the use of Blockchain was merely restricted to Bitcoin exchange and other cryptocurrency transfer, recently, Blockchain has expanded its horizons of applications. Companies like Amazon, Walmart, IBM, Microsoft, etc. have realised the potential of this technology and are trying to reap it for streamlining their operations.

As far as the application of Blockchain is concerned, companies are using it for supply chain management, tracking of products, digital identity, etc. A key feature which makes Blockchain the technology of tomorrow is that it is impenetrable to threats, hacking and alteration. Once the information is fed into the ledger, it is not easy to change it. Since every data is time-stamped, changes can be seen by people. Thus, making sure that information is authentic.

Are Blockchain projects short-term or long-term?

When we are talking about Blockchain, then its applications have now become widespread. Developers are trying to find its usage in almost all the business niches. If the development continues with the current speed, it can be expected that Blockchain will soon replace the present technology.

However, there is a specific segment of the society which carries a different opinion.  Some believe that the Blockchain Technology will not be able to survive in the future, this is primarily because the current consensus mechanism on which this technology functions, consumes a considerable amount of resources in the form of energy and hence, this technology is currently vested only in few of the nations of the world, and most of the world remains aloof from this. In case the decentralized apps and cryptocurrencies manage to withstand the pressure from other countries (new to Blockchain), they will continue to gain trust worldwide. Eventually, they will become popular.

The crux of the matter is that only the decentralized apps that can help in solving the real world problem and can be easily used by a common man will be able to survive in the future, the others will vanish over a period. With the pace of development in this technology will soon become a part of a mainstream business functioning, owing to enhanced privacy, decentralized functioning, security of data, companies will start using this technology for good.

As per Brian Behlendorf, executive director of the Linux Foundation’s Hyperledger Project, the Blockchain Technology will continue to grow, companies are using it for raising funds which are good, but unless we have this technology developed for the mainstream, it is difficult to survive in future. We know that the banks are trying to use this technology to regularise identity management, safeguard data and ease transactions, the consumer might not even get to see when the banks shift their focus on Blockchain and start using it for management. An important point to note here is that the survival of any technology lies in its ease of usage, user-friendly interface, and security. Currently, Blockchain guarantees it all, but we are not sure if this will survive in the long-run.

Updates on Blockchain in 2018
Scroll to top