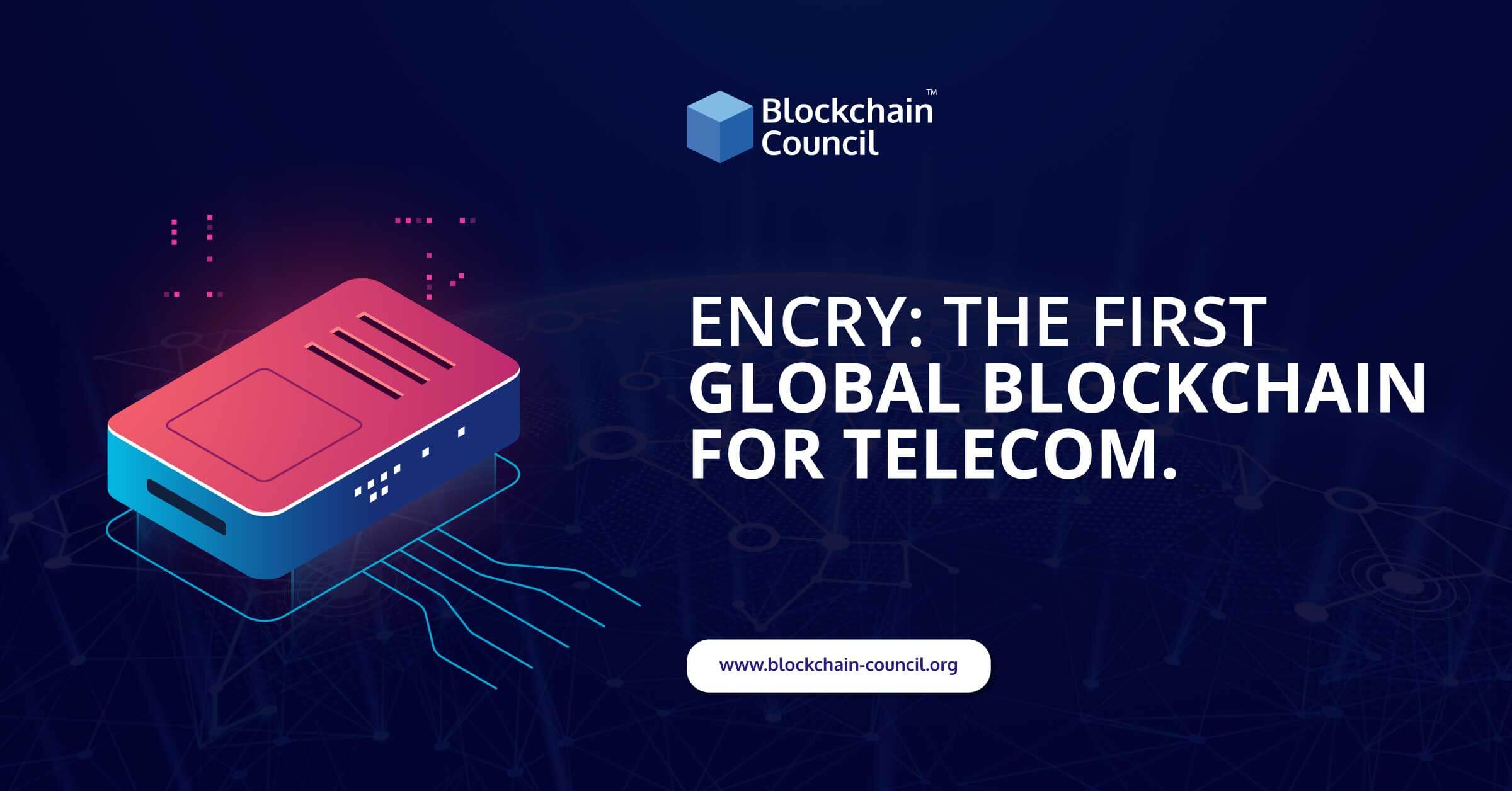 As per news reports, ENCRY is prepared to launch the public testing of ENCRY Core, the telecom-oriented blockchain. As we know, the telecommunications industry is growing at a rapid pace and has always been at the forefront of new technologies. One such technology which is considerably improving the reliability of the telecom industry is the blockchain. Blockchain helps deal with fraud and sort out disputes over roaming agreements and billing verifications. It provides a secure and transparent framework for user identification in the telecom domain. To understand and utilize the immense potential offered by this technology, telecom companies need to create a specialized blockchain platform: ENCRY Core.

ENCRY Core is a blockchain platform which is inbuilt with the ability to create smart contracts using the Prism Proprietary scripting language. It focuses on creating flexible and evolving overtime applications of a complex structure. The Prism language helps create various decentralized applications. The ENCRY Core blockchain will initially be implemented on its interpretation of the proof-of-work (PoW) consensus. In the future, if the advantages of PoW outweigh those of the current ones, it will be possible to shift from the proof-of-work consensus algorithm.

Roman Nekrasov, the founder of ENCRY, stated, “ENCRY will present their blockchain platform in public and private variations, which will allow the telecommunications company to implement closed and highly reliable decentralized inter-operator applications, with the ability to anchor into the public network.”

Just like in the case of classic blockchains, miners will mine blocks on the ENCRY platform. They will be rewarded in tokens for the work they do. One of the key advantages offered by ENCRY over other platforms is the reward mechanism for network participants, which includes the rewards for maintaining telecommunication nodes. ENCRY Core provides increased node stability and an improved network layer performance. Though it is only at the test launch stage, ENCRY Core is already exhibiting a competitive speed in the case of smart transactions.

This platform has been close tested now for more than eight months and the testing process is now hitting the final stage. Shortly, this blockchain platform will be made public which implies that any member of the community will be able to take part in network testing, install nodes, and help in the fundamental development of the platform.

The representatives of the telecom market will be verifying the applicability and performance of the ENCRY platform. The first company will be the EncryptoTel Cloud Platform, which is a virtual PBX (private branch exchange) with a high degree of confidentiality. It already makes use of blockchain to store and verify billing data.

EncryptoTel comprises of a suite of tools which enable user-friendly and secure communication. This is done by combining the existing technologies and applications with new custom-built ones. EncryptoTel’s vision is to create an open, reliable, and secure means of communication which can be used irrespective of the location of the user. It offers a flexible and comprehensive PBX service, which is an internal private network shared among a large number of users and also one which can interface with the external telecommunications network.

Privacy is a right which needs to be exercised and blockchain is the best technology which can be leveraged for the purpose of maintaining security in the telecommunication sphere.