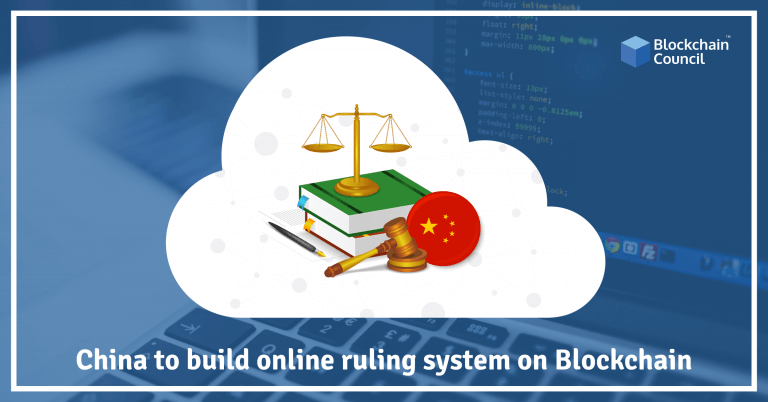 Last few years we have seen many developments in the field of technology and Blockchain is one of them. It has the potential to transform the industry positively. At the core, this technology offers an immutable ledger which allows you to store the information in chronological order.

Most of the time when we talk about Blockchain then the first industry that pops up is financial sector, But the fact of the matter is that it finds application in myriads of other fields. Aiding financial transactions is just one aspect of it. Well, one of the most unconventional areas which we can think about using Blockchain is the legal sector. An important point to note here is that there are some noteworthy changes in the legal sector and this technology has emerged as a solution with the help of which we can keep the case records, evidence and other paperwork safe, secure and transparent at the same time. China has already taken the initiative in this domain. It has legalised the Blockchain-based evidence in the court.

With Blockchain mingling with the legal framework, we can expect a hassle-free, paper-free working of the entire legal system. Moreover, Blockchain interconnects various nodes thus allowing them to keep a check that the data or the information in the ledger is tamper-free. In this blog, I will be sharing the latest development that has taken place in this domain. China has decided to build a new ruling system based on Blockchain. In fact, a start-up has already presented a protocol for the same. It is not just China, but we have the Global Legal Blockchain Consortium which is working towards standardising and promoting the adoption of Blockchain in the legal system.

What is happening in China?

Well, whenever there is a news related to Blockchain or cryptocurrency, China emerges as a name which has opposed it yet working on this technology. Although China has banned Bitcoin and other cryptocurrencies, it continues to work towards the application of Blockchain in different industries. In fact, it is supporting the Blockchain start-ups. All this will bring China on the podium when it comes to Blockchain development. It has already adopted Blockchain in the legal system by legalising the evidence verified by the Blockchain network. And the latest news regarding building up a new ruling system based on Blockchain has again created an enthusiasm in the market.

So, what is Happening there in China?

In September, The Nanjing Arbitration Committee came up a Blockchain based network. As per this arbitration committee, the newly developed system is integrated with Blockchain network for storing data in legal disputes.

China, in 1995 announced the formation of arbitration committee which as per the government will have the right to give the ruling in matters related to contract in the field of real estate, financial and business sector.

The new platform initiated by this committee has gone live but is now working on a trial basis. This is to check the performance and the ability of the ledger to handle the influx of information. This system will enable the involved parties to see the evidence on the immutable platform and distribution network which the Blockchain offers. Since Blockchain gives quick access to information, with its intervention in the legal system, the ruling for the case will become quick, and we can have the outcome in 30 days of filing. It will also reduce the cost involved in the entire process.

Which type of Data will the System Store?

The new Blockchain enabled platform by the Nanjing Arbitration Committee can record the following data like evidence deposition platforms and will interconnect the financial institutions and other arbitration committees which are uploaded in the system. This entire information will be distributed to the participating nodes. Thus, they can access any information from anywhere and at anytime but cannot alter or change it.

Before this China’s Supreme Court has already announced the legalisation of the evidence verified by the Blockchain network. Well, it is not the first arbitration committee in China to come up with a Blockchain enabled network, the Guangzhou Arbitration Committee has also come together with WeBank which is owned by Tencent, and they will use the Blockchain platform in cases related to loan defaulters. All the data stored on to the Blockchain network.

When we look at this move, it all seems very positive and effective, Undoubtedly, Blockchain does offer a series of benefits, and it will cut down the cost that one has to bear during the legal proceedings, it is both time and money. But Blockchain is also not completely impervious. The system is susceptible to attacks and requires a lot of resources. We are still unaware of the fact, how Blockchain enabled platform will handle a large volume of data exchange. Since most of the Blockchain based systems are at a nascent stage or trial version, so we have to wait and watch before taking the final call on its complete adoption.