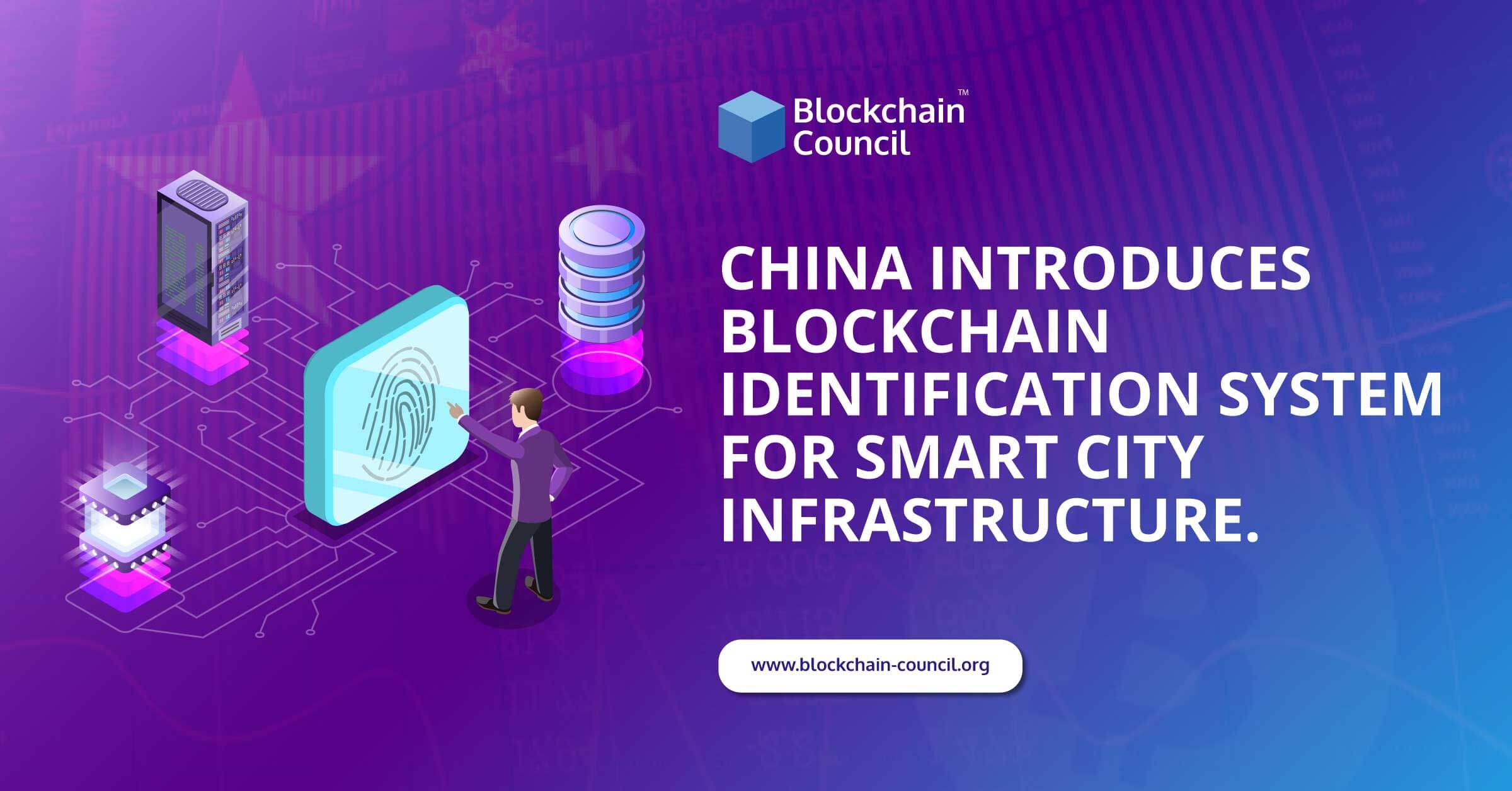 China continues to up its blockchain game through an independently developed blockchain-based identification system for cities. This initiative will be undertaken as part of its smart city infrastructure. As reported by Global Times, the Chinese daily tabloid newspaper, the newly developed blockchain identification system was launched jointly by three institutes in the city of Shijiazhuang.

Zhang Chao commented that the system was developed by China and stated:
“The system will be independently distributed and managed by China, with a unified distribution rule, a resolution of distributed storage and tamper-resistant code.”

The identification system will assign a global, unique digital id to smart cities. This is primarily done with the aim of improving data sharing and connectivity between these cities. Starting from last week, smart cities across China have been able to apply for their own city identification code. As new and more complicated challenges continue to arise from China’s increasingly urbanized population, China has focused on smart city development for many years.

Rise of Smart Cities Across the Globe

Smart cities integrate and employ a variety of technologies for making municipal operations more efficient. This will include renewable energy, self-driving cars, communication systems, and energy-efficient buildings. In July, the United Arab Emirates revealed its ‘Smart Dubai initiative that aims to make the metropolis a world leader by becoming the “first city fully powered by blockchain by 2021,” and enhance all aspects of education, health care, traffic management, and environmental sustainability.

Smart cities are a very promising concept as they involve deploying a network of interactive sensors for achieving innovation and efficiency. A report by International Data Corporation (IDC) reveals that spending on smart city technology will grow to $135 billion by 2021. The vision of a smart city includes energy-efficient systems, driverless cars, and renewable energy to help in the power consumption of cities.

Google is now creating a Smart City in Toronto and considering the massive resources of this technology giant, the first widespread implementation of the promises of smart cities may be at hand. Still, there are some concerns over certain aspects of implementing the smart cities program.

In Toronto, Google aims to address major urban issues such as inefficient services, congestion, and unaffordable housing. But there are already many concerns that have been raised regarding this project. There are many reports that have surfaced concerning privacy for the residents of the new city as each and every move of their in daily lives will be recorded. This smart city project pledges to use the ‘feedback of residents’ for planning and adapting services. This project has upset many people, such as property developers, politicians, urbanists, local technologists, privacy experts, business leaders, etc.

After the UAE revealed its Smart Dubai’ initiative, the Singaporean startup, Limestone Network also announced a new blockchain-based smart city project for Phnom Penh, the Cambodian capital. This project is slated for completion by early 2022, and it will have on-board various partners such as retail brand owners, financial institutions, ride-hailing apps, and data analytics firms. The startup plans to roll out similar smart city projects in the across South-East Asia with the cooperation of the local governments.

In September this year, the IOTA Foundation published a 19-page study titled, “Towards Open &Transparent Cities.” It is currently collaborating with Taiwan’s capital Taipei and the European Commission-sponsored CityxChange project to start the idea of smart cities further.

Role of Blockchain and Crypto Technologies in a Smart City

A smart city environment will need a system that allows devices attempting to monetize certain activities for verifying a large of transactions and quickly confirming their authenticity. This is where distributed ledger technology and blockchain can play a major role. LO3 Energy is a blockchain-powered smart meter that helps monitor utilities usage and distribution. It is seeking to provide a way for conservative water usage, renewable energy, and pollution mitigation. Omnitude and the Island of Malta have also partnered to develop blockchain infrastructure for public transit management. Blockchain will serve as a payment center for public transport such as train, bus, and subway tickets.

Hydras and IPFS: A Decentralized Playground For Malware
Scroll to top