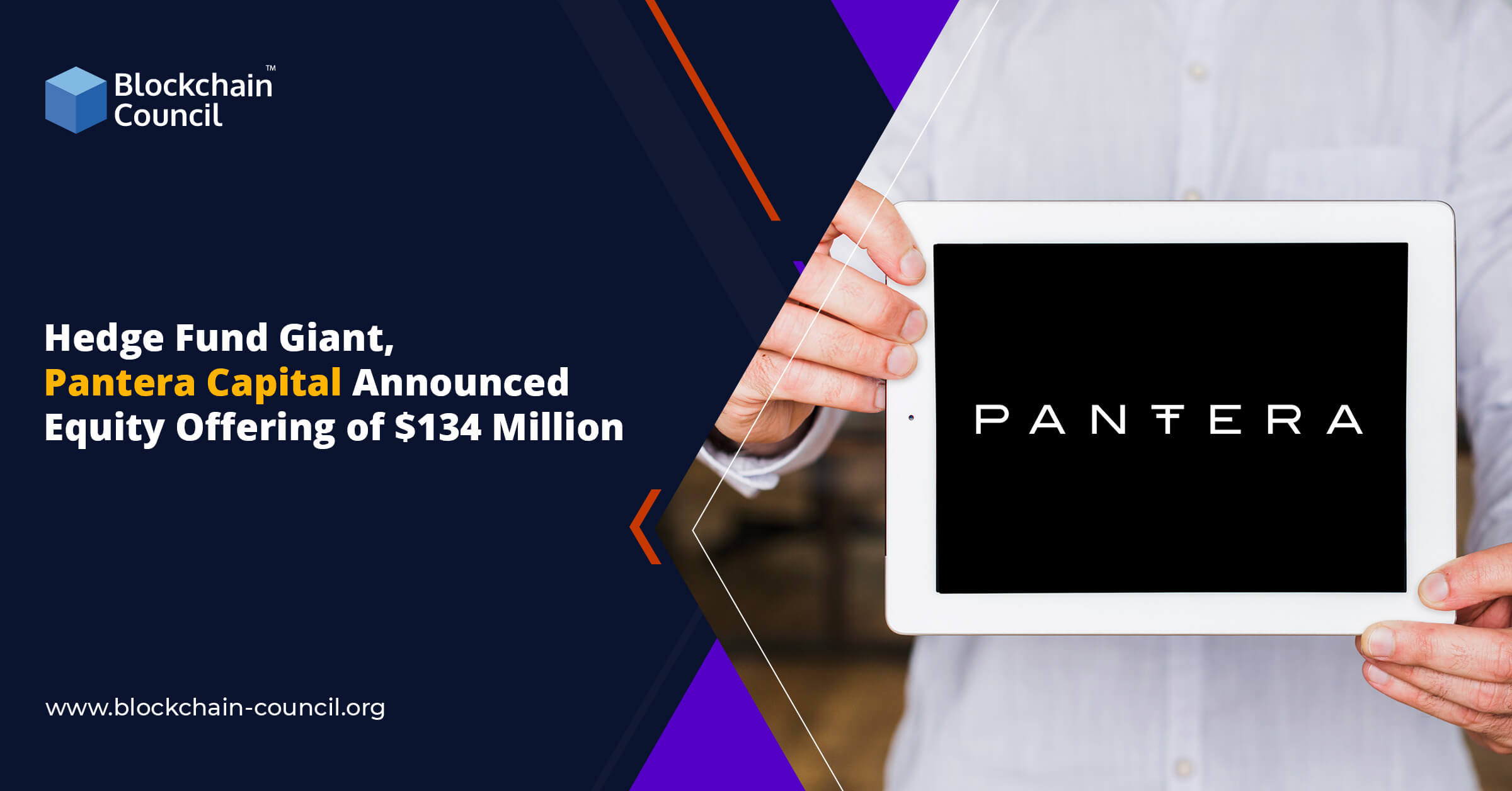 According to the latest announcement, Pantera Capital has announced an equity offering of $134 million. This sudden rise might be evidence that Pantera’s goals are expanding in lock-step with Bitcoin’s rising price.

Initially, in 2013, it was seen that Pantera raised $13 million for its debut offering, and later it raised $25 million.

On Feb. 28, 2020, Ceres, which is a Japanese based marketing firm, announced that it became the most advanced company to supply Pantera a secret amount of yen towards the group’s third crypto fund.

Since 2013, Pantera has become a notable player in the crypto startup industry. In 2018, the fund directed its efforts towards a more massive raise to create ‘Venture Fund III.’ According to the announcements, the new venture fund has raised $160 million of the $175 million targets.

However, nowhere was it mentioned whether this new increase would result in a new fund or expand the scope of existing Venture Fund III.

Pantera CEO Dan Morehead expressed his views regarding the growth of DeFi as he mentioned that decentralized finance’s growth could exceed Bitcoin’s rise. It was also stated that Pantera Capital is focusing its new bets on the emerging financial vertical.

To expand the crypto-asset derivatives market, Pantera has thrown its weight behind the Globe platform, signaling that the next bull market could be inspired by institutional investors. Along with billionaire Tim Draper and venture capital firm Y Combinator, Pantera has become an early investor in the Crypto derivatives platform, named ‘Globe.’

Pantera’s executive Paul Veradittakit stated that his team is delighted to support the Globe in delivering a next-gen platform for the crypto financial system.

DeFi Vs. CeFi: A Detailed Guide for Beginners
Scroll to top