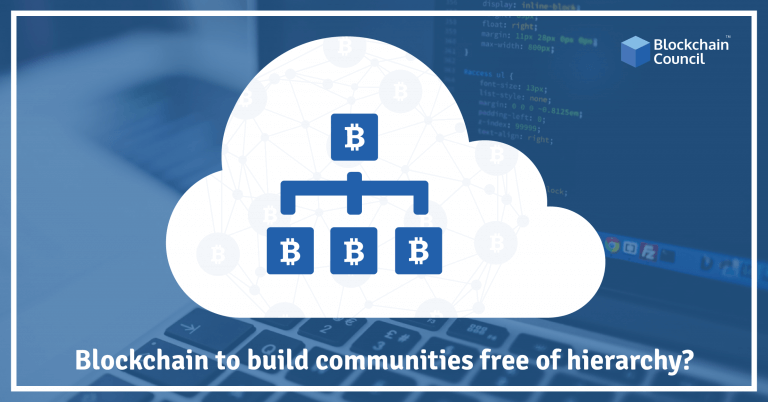 Blockchain is going to be almost a decade old technology. Despite being at such a stage, it has exploded and engulfed the entire world. Well, this is quite a new concept and for many Blockchain appears to be an alien concept. Blockchain offers us an entirely new perspective of how things should function when are working in the World Wide Web. It means that we must emphasise on creating a safe, secure and transparent working so that all the data and information is not only easily accessible but at the same time, it also makes things function seamlessly.

Why Blockchain is a community-

You might be wondering what does this statement implies. The answer is simple; Blockchain is a community run by a group of people or participants from across the globe. These group of people believes in a common agenda of creating a transparent and decentralized system. As and when this community will grow, so will the number of participants would grow.  More is the number of people; more is the probability of creating a system in which people can trust and use.

How can I trust someone that I don’t know?

Now, the next question that pops up is, how I can trust someone whom I have never met or seen? This is the most common question that you would encounter if you ask someone about using blockchain. I will answer it to you this in simple words:

We know that blockchain is a decentralized system where the information is not stored in a central repository. So, in case you do a transaction or trading then every detail of the same gets recorded in the ledger which is visible and accessible to everyone in the network. It’s like announcing in public where you will find some people as proof. So, one cannot move back from the statement made by them.

Now some may ask if the information is visible to the people in the network then anyone can change it and alter it. So, the answer is NO. Even if someone tries to change these details, then everybody will get to know. One of the key features of blockchain is that it is a transparent ledger where every information is time-stamped, so if someone tries to tamper the data or alter it, everyone will get to know about it. Thus, Blockchain nullifies the probability of tampering of data and makes it unalterable thus establishing trust within the system.

Moreover, blockchain creates a flatter system of business operations which is unlikely in today’s scenario. With the surge of Blockchain, we got to know that the current system is under the control of a central authority. Any damage or tampering with the current system would affect our assets as well. However, blockchain reduces this problem by establishing a peer-to-peer transaction and trading system. It means that the two parties can directly interact with each other without the need for a third party. So you don’t have to wait for the approval and validation of the third party. It saves time and money.

Furthermore, it also creates a system where the buyer and seller can directly interact with each other. So no need to take permission or pay any fees. Thus, we have a hierarchy-free community. Moreover, blockchain is a global platform where people from across the globe can participate thus it reduces trade and cultural barriers. The flow of money becomes easy with this system.

DLT or popularly known as Blockchain has its own set of disadvantages as well. Since it is quite a new technology, it will take some time for people to accept it and start using it.  Many big names in the industry are exploring the use of blockchain to form a trust-based platform which people can use but it is still at a budding stage. We have to wait and see how will blockchain become a part of mainstream operations and how it functions when it comes at par with current technology.