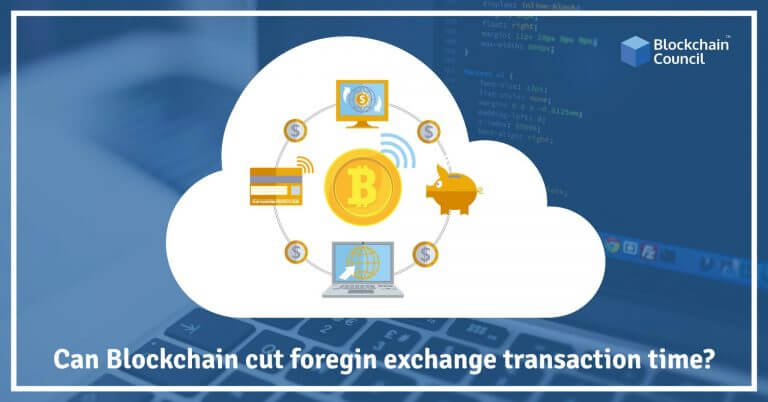 Ever since 2009 when Bitcoin surfaced as an alternative to fiat currency, the era of digital financial revolution swirled. With the rise of Bitcoin, we also got to know about Blockchain, a platform that aids the exchange of money in the virtual world. Blockchain allows easy and quick exchange of money. This is a digital ledger where every exchange is time-stamped. This allows easy tracking of data. All these features have made Blockchain the technology of the future. Although, DLT finds application in myriads of fields financial transactions remain one of the most conventional usages. Blockchain makes it easy for people to send money across the border without waiting for third-party approval.

It would not be wrong to say that Blockchain technology is replacing the centralized model of business operations and slowly paving the way for a more universal methodology of doing business or data exchange. Banks and financial institutions are now exploring how they can use Blockchain to reduce transaction cost, enhance transaction speed and at the same time cut down the problem of double spending which plagues the digital transaction.

At the same time, Blockchain also aims at creating a platform which is completely transparent and free from hacking attack. Here I would like to mention that having a Blockchain platform doesn’t necessarily means that it creates a system which is full proof, but it definitely limits down the probability of hacking and error.

What features Blockchain makes it the most trustworthy technology for banks and financial institutions?

When it comes to banks and financial institutions, then a  portion of their work deals with foreign exchange and transactions. It’s a known fact that this consumes a lot of time and money. Well, this becomes a costly affair for the banks and the person involved. In such cases, banks and financial institutions are searching for ways that can help them cut down the cost and increase the speed of transaction while ensuring transparency. Blockchain comes here as a solution. The Blockchain is a digital distributed technology that allows digital storage of data or information in the form of blocks. All these are time-stamped, and hence it becomes easy to store.

The primary objective of banks and fintech emphasizing on DLT is because they want to solve the inefficiencies that the current system has and makes the banking system more efficient and affordable.

Around $4.8 trillion foreign exchange takes place. As per the stats of World Bank, global remittances has grown from $601 billion in 2016 to $616 billion in 2018. Did you know that a reduction in the cost of cross-border payment can result in an annual saving of $16 billion?

What is happening in the real world?

The talks about Blockchain implementation is not merely on papers; rather, the work has already begun.  Innovative technologies like XRP (Ripple cryptocurrencies) and BTL Group’s Interbit platform and cryptocurrency BTL is challenging the Swift interbank payment system. The XRP works in a real-time gross settlement system remittance network, currency exchange. This is created by Ripple which functions as bridge currency that enables almost free global financial transactions of any amount. BLT Group’s Interbit is a Blockchain development platform which allows cross-border settlement solution which is working along with Visa Europe. This will allow high-volume and speedy cross-border transaction.

What is in the future?

When it comes to Blockchain technology, then it comes forward as the most probable solution to get rid of bottlenecks that exist in the current system. The current trade and foreign exchange are costly and slow which also involves an intermediary. With the help of Blockchain technology, we can have a system which is from the involvement of intermediary and at the same time, it also reduces the cost of processing — thus making the foreign exchange and cross-border transaction cost-effective and time-saving.

However, there are apprehensions that surround Blockchain, like its highly transparent, which makes it easy for anyone in the network to see forex trade occurring in real time. This opens the way for private Blockchain where only allowed parties can see what is happening within the system. You can say that it is a kind of intra-network system. Private Blockchain is comparatively easy to manage and regulate as compared to the public Blockchain.

We still have to wait and see how Blockchain will affect the foreign exchange in the long run. This is just the beginning, and we have a set of supporters and non-supporters of Blockchain and its application for mainstream business operations. The technology is still undergoing a lot of change and transformation to make it more trustworthy and free from errors or attack.

How Blockchain Technology Is Affecting Humanity?
Scroll to top