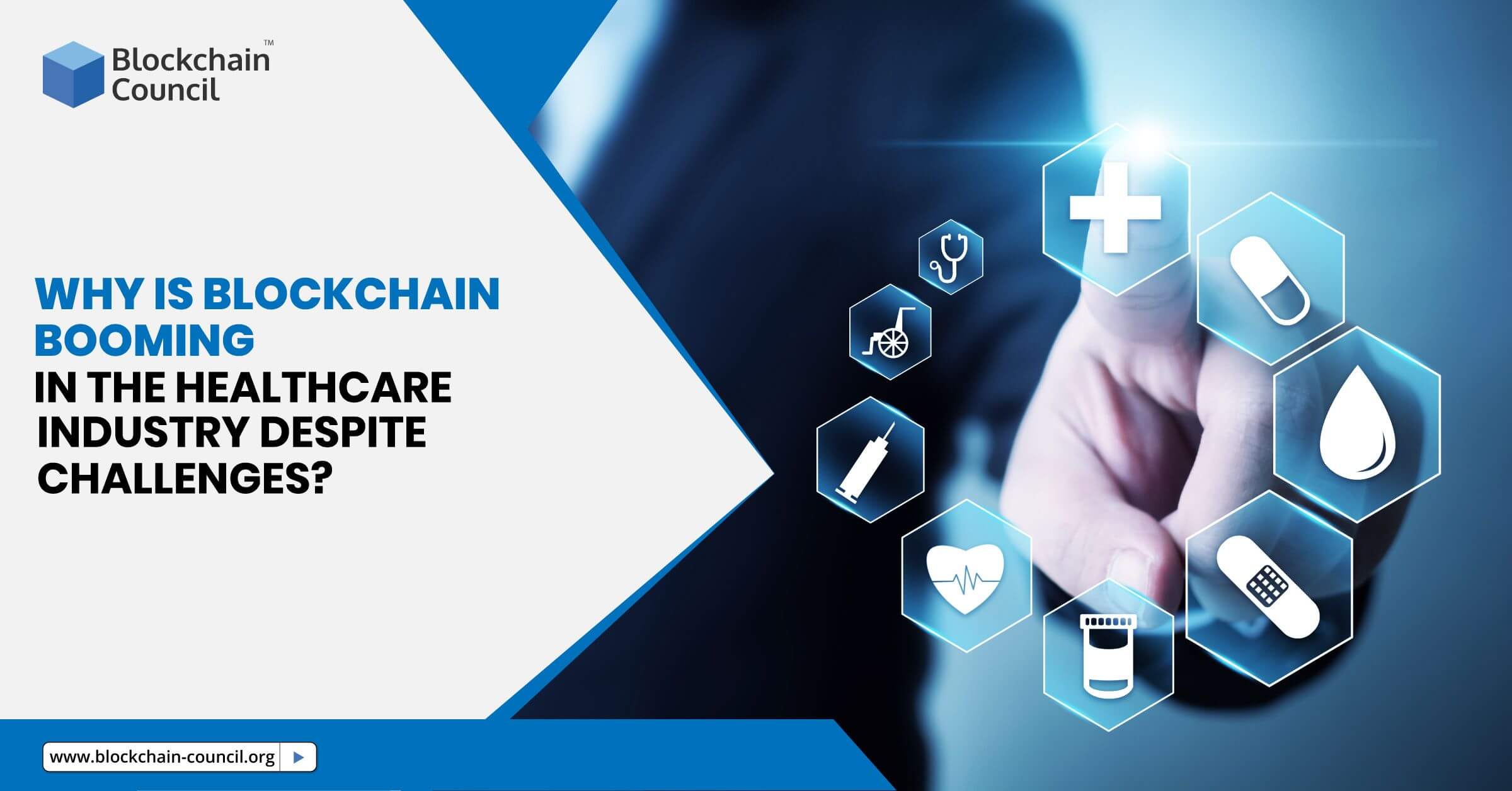 If you are curious to know how Blockchain can transform the healthcare industry, you have landed at the right page.

Blockchain More Than A Bitcoin

Blockchain technology is a P2P decentralized distributed public ledger that mitigates the dependence on a centralized authority while enabling secure and pseudo-anonymous transactions between the participating parties. Many aspects of Blockchain, such as decentralization, transparency, and immutability, are potentially drawing attention in the healthcare industry. Technology is addressing two of the most pressing issues that are: difficult access to health-related information by patients and incomplete records at the point of care.

Technology emerged in 2009 as the foundation for trading the digital currency bitcoin, and since then, it has taken the world by storm. Blockchain developers, technocrats, and healthcare industry players believe that technology has the potential to provide a measure of data protection against hacker attacks as well.

Want to become a Certified Blockchain Developer? Sign up to the Blockchain Council now!

How Blockchain is Revamping Healthcare Industry

Initially, Blockchain had its implications in the finance domain, but today as it is much matured; therefore, it is expanding its use cases in the healthcare sector as well. Presently, healthcare suffers from fragmented data, delayed communications between the participating parties, and lack of interoperability. Blockchain helps in facilitating access to medical records stored in fragmented systems. Technology has the potential to enhance medical record management and the insurance claim process, along with accelerating clinical and biomedical research. With smart contract functionality, technology can create a secure, transparent, and effective technical infrastructure to revamp existing healthcare departments, promoting individuals’ and communities’ wellbeing.

Blockchain can potentially help keep a decentralized, transparent, and incorruptible log of all records without involving central authority/third-party intermediaries. Although it offers transparency, it ensures that all logs of records are kept private. Its decentralized nature allows everyone in the healthcare department, including patients, doctors, and healthcare providers, to safely and quickly share the information. Most importantly, it empowers patients by giving rights in their hands while deciding who gets access to their medical records.

Apart from that, in the drug production and distribution supply chain, it benefits multiple players, including manufacturers, distributors, wholesalers, and pharmacies, by allowing everyone on the supply chain to know the true source and track its distribution whenever they want.

As Blockchain indicates no sign of stopping, US healthcare officials believe that Blockchain can provide data security against cybercriminals and hackers since technology does not suffer from a central failure point.

Reports suggest that in 2018, healthcare institutions were subjected to multiple cyber-attacks, which resulted in the penetration of more than 15 million patient records in 503 violations. Further, in 2019, such breaches increased by 60%.

Unlike traditional systems, the blockchain network is secured through cryptography. Only the intended users can access data using their own private keys, thus eliminating the chances of ransomware and other kinds of attacks.

According to the DevPro Journal, “Blockchain, with its instantaneous exchange of medical and financial information, could allow insurance claims to be instantly filled and fulfilled as all data will be verified and coming from trusted partners.”

Challenges that Need to Addressed

Blockchain is constantly improving rather than completed, and it has a few potential challenges that must be considered for it to be adopted in the healthcare industry. Few challenges are as follows:

Top pharmaceutical conglomerates, including blockchain developers and technocrats, are working to figure out the most productive ways to utilize blockchain technology. Blockchain is no more an emerging technology; rather, it is a mature concept that is creating unique opportunities with its decentralized approach, leading to secure and immutable information. In the giant field of the medical field, we can say Blockchain is here to stay.