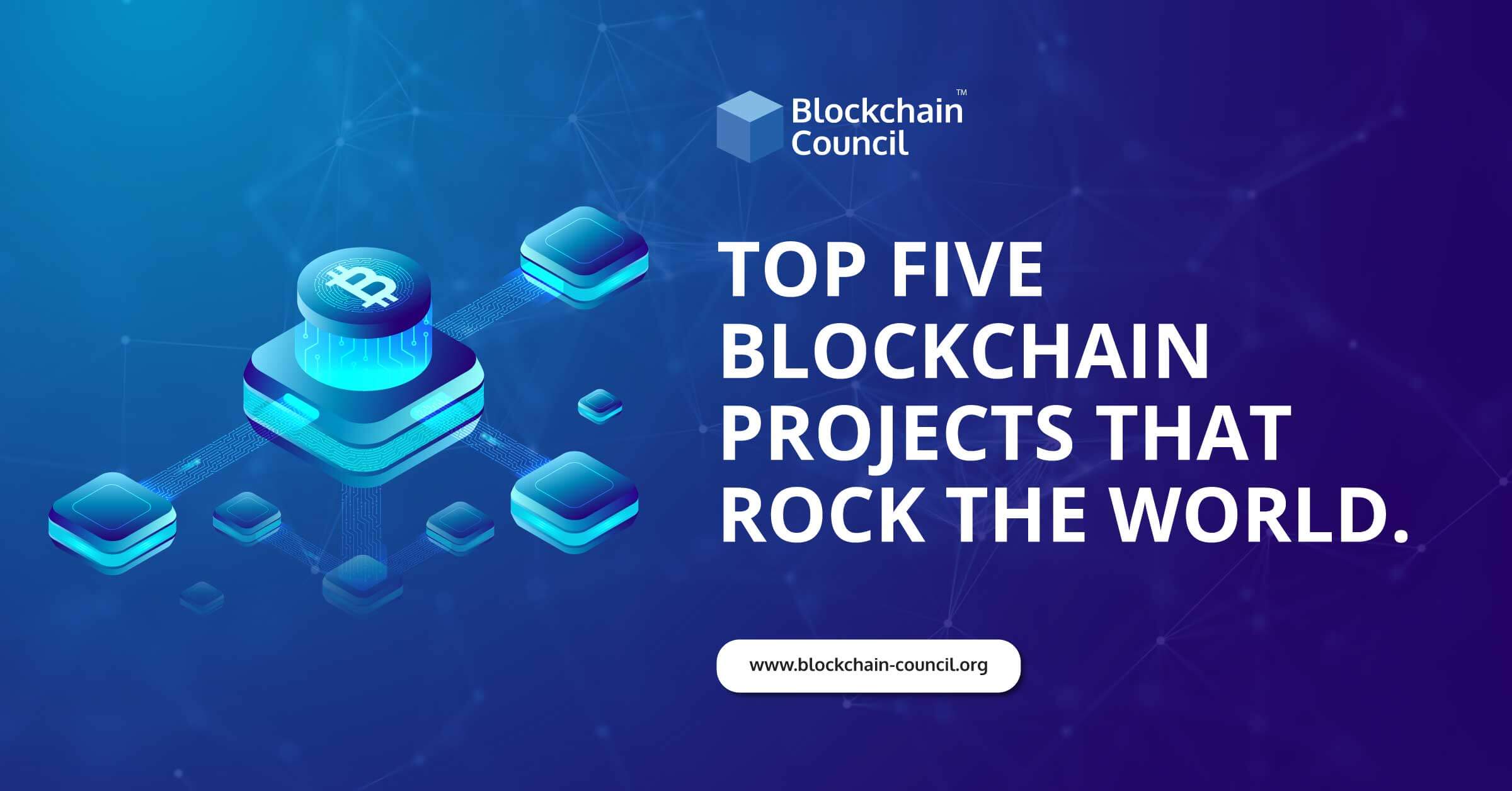 Technology is a constantly evolving field that strives to outdo itself by coming up with spectacular developments of paradigm-shifting innovation. Technology is one sphere that never seems to rest as scientists, entrepreneurs, developers, and the government continue to push the boundaries of technology to great heights.

Blockchain technology is one such disruptive innovation that has, in recent years, become front and center of technology discussions as it powers intuitive applications through its network architecture. Blockchain, as we know, was introduced a decade ago, and since then, it has been responsible for the creation of several inventions and blockchain projects that will have a lasting impact on mankind. Let us now analyze some of the top blockchain projects that the world must look forward to.

This is a blockchain project that has been designed to take social networking to the next level. It allows users to connect with friends and family. It provides a platform for them to find their interests and explore them to the fullest. It will operate on the goal of creating a positive and noble idea that has the potential to spark a social movement. It has a feature called ‘Grey World’ that lets anyone try on a new identity to increase privacy and interact in ‘deep web chat rooms,’ as the platform calls it.

The Uhive platform offers a Uhive utility token that is an ERC-20 token and is based on Ethereum technology. Users who engage in normal, day-to-day social activities on this platform will be rewarded. The platform will share a substantial portion of its ad revenue every week with its users through the Uhive token. This gives users the opportunity to earn tokens for future use. The token can be purchased through the Google Play Store, iOS App Store, a transaction on Ethereum or PayPal, and a Bitcoin transaction. Another option for buying it is through fiat currencies like euro, British pound, or the United States dollar.

This platform leverages blockchain technology for pet lovers. It establishes a deep connection between humans and animals using Artificial Intelligence (AI). This combines blockchain technology and AI’s image recognition feature that establishes a link online to help owners trace pets easily. Users can create an interactive animal timeline and share it with family members. This system increases the chances of finding their lost pets.

CogniPet is currently developing an app to help users arrange animal photos in an attractive way. This will be useful while tracing the lost pet as the system will search the database for the photos of the missing pet. It also allows users to collate information about an animal and store data and photos on the blockchain. This will include the location and time stamp that will be secured using cryptography. This is an ideal replacement for paper documents as it forms a digital certificate. CogniPet also allows ownership transfer. Pet breeders can use the blockchain to prove that they are the real owners of their pets. After the sale is made, they can provide the timeline ID as proof and transfer it to the buyer. This serves as the certificate of ownership.

If you need accommodation in any part of the world, you can use blockchain technology to provide you with the best hotel that meets your specifications. Goeureka is one such blockchain project that claims to have 4,00,000 hotels in various parts of the world. Goeureka works as a travel aggregator that lets you add the details of the location, number of people, and check-in and check-out dates. Unlike other hotel booking sites, GOeureka leverages blockchain to cut costs and increase transparency for improving your accommodation experience. Through this, GOeureka aims to solve the issue of hidden additional costs that prevail in the hotel industry.

Cinemadrom describes its project as an “international blockchain network of independent filmmakers.” The primary aim of this blockchain project is using blockchain technology to finance, produce, and distribute film projects. It is designed to change the face of global film production. The two areas of application of this project are:

With this platform, cinematographers will be able to get funding for movie projects. They can use the platform to distribute their movies. This will provide better exposure for their movies and lead to increased sales. Distribution companies and cinemas will also be able to increase their distribution fees. It enables them to make their movies enter international markets.

This helps investors create a portfolio. Advertisers can target audiences based on economic, religious, intellectual, social, and geographic factors. It will also help create a community of loyal viewers.

It is one of the top blockchain projects with a focus on education and skill acquisition. It has been designed to curb the increasing unemployment rate across the globe. It helps potential employees learn valuable skills to enhance their employment opportunities. Odem helps users access verifiable and affordable education and employment. Blockchain technology, cybersecurity, and autonomous transportation are some skills that are in high demand. The credentials can be shared with prospective employers once the training is complete. It helps future employers easily verify qualifications. Odem provides a decentralized file storage system to allow access to the Ethereum blockchain for keeping academic records safe. The Skills Wizard feature of Odem helps create a career profile for potential employers to go through. Employers looking for new and skilled talents can also use Odem.

Blockchain and cryptocurrency are the two terms that are still grabbing the headlines with the blockchain community and the cryptocurrency market growing not only in size but legitimacy also. Blockchain has firmly established itself as one of the significant emerging technologies in several notable fields such as machine learning, artificial intelligence, and the Internet of Things (IoT).

These future projects that have been spoken about in this article certainly carry the potential to change the world. However, the performance graph of these blockchain projects and the success or failure of these projects largely depends on the steps they take in the long run.

To know more about blockchain and blockchain certifications, check out Blockchain Council.

Stellar Blockchain: What it is and How it Works?
Scroll to top