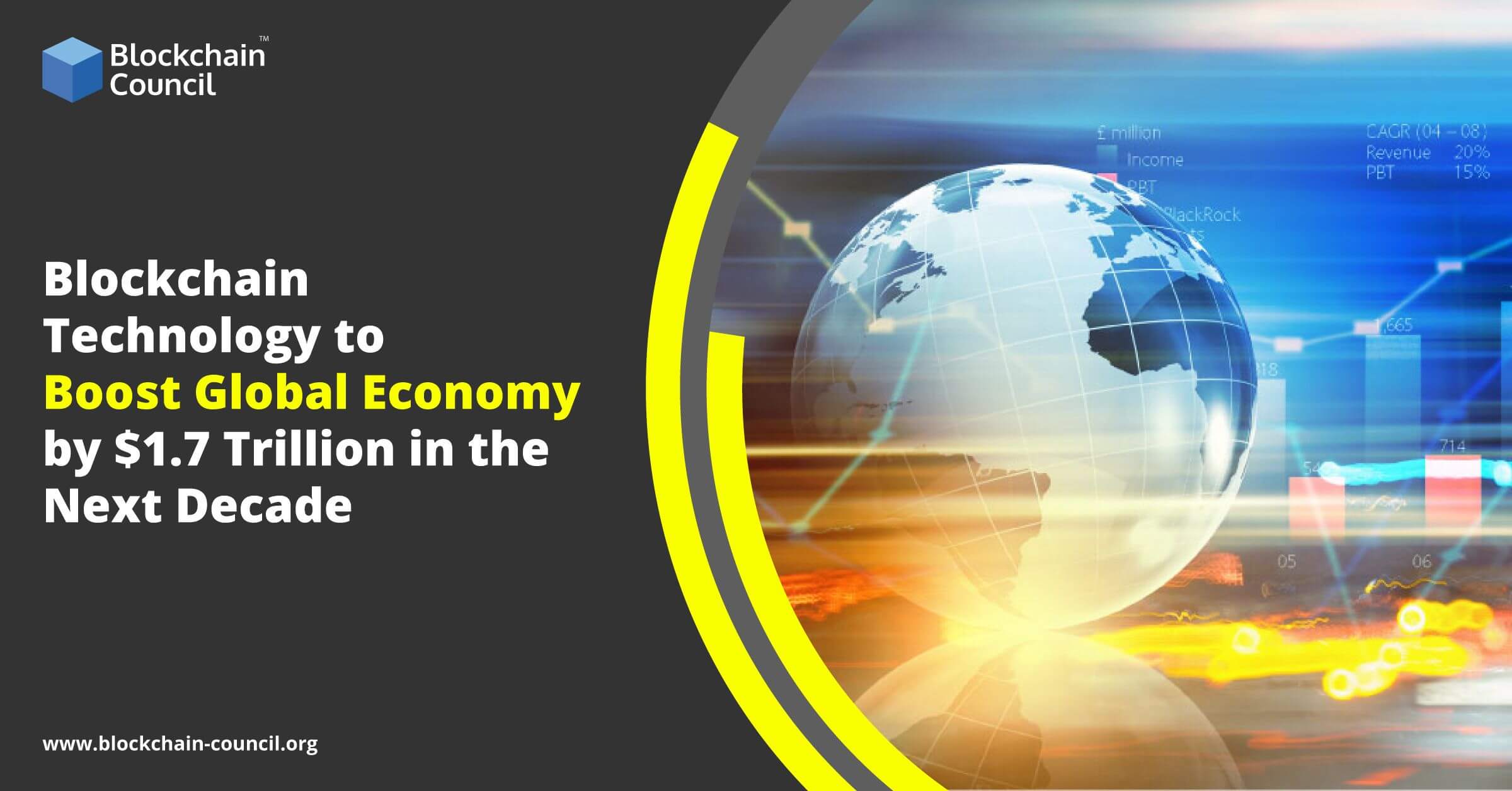 According to the recent report by PricewaterhouseCoopers (PwC), Blockchain technology has the potential to  give a $1.7 Trillion boost to the Global Economy by 2030. PwC’s ‘Time for Trust’ report explores the value that blockchain can add to the economy in the next decade if Blockchain technologies are adopted at scale around the world.

The report also mentions that Blockchain technology is creating an opportunity for organizations to deliver value by building trust and improving efficiency across numerous industries, including government and public services, finance, healthcare, logistics and retail.

In addition to that, the report reveals that around 61% of CEOs are placing digital transformation of core business operations and processes among their top three priorities.

The PWC economists forecast a tipping point in 2025 with the most significant economic benefit on Asia’s economy with China, India and Japan driving adoption in the region. According to the report, China stands to gain the highest potential net benefit at $440 billion, followed by the U.S. at $407 billion. Furthermore, Germany, Japan, the U.K., India and France, each estimated to profit by more than $50 billion.

The report also acknowledges  that distributed ledger technology could enhance 40 million jobs globally by 2030. The reason for the turning point is due to organizations reimagining their future with Blockchain technology.

According to Steve Davies, Blockchain is driven by an acute need to win trust in the era of digitization. In his words,”Businesses are rethinking their operations and are discovering not only is Blockchain technology key to delivering trust, but it’s an opportunity open to all.”

Major Blockchain Use-Cases and Their Contribution

The PWC report further identifies  top 5 key application areas of blockchain with the potential to generate economic value. The report suggests that by 2030, Provenance (product tracking and tracing) will reach $962 billion, enabling retailers to build customer loyalty and trust through complete transparency.

Notably, the financial services and payments will reach an economic value of $433 billion. Pawel Kushkowski, CEO and Co-founder of Coinfirm, mentioned that Blockchain is transforming the asset management market by enhancing transactional security and transparency and is protecting the market from illicit and related money laundering activities.

The next in the report is the identity security and credentials that are expected to reach $224 billion. Caitroina McCusker, Partner and Education Consulting Leader, PwC UK, mentioned that PWC has partnered with the Institute of Chartered Accountants and a major European university to develop Smart Credentials blockchain solution.

The report also highlights contracts and dispute resolution and customer engagement and reward programs as the major areas of Blockchain use-cases, making an economic value of $73 billion and $54 billion, respectively.

Dean Armstrong, CEO of Proof of Trust, expressed his views regarding the use-case of Blockchain in Contracts and Dispute Resolution. He believes that disputes can no longer be resolved face-to-face, and therefore business continuity requires issues to be fixed using remotely accessed enterprise-grade technology and human expertise. In his words,

“Blockchain is fantastic in resolving disputes because it has its own evidential audit trail, embedded at its core.”

China to Distribute DCEP Worth $1.5 Million as a Promotional Strategy
Scroll to top