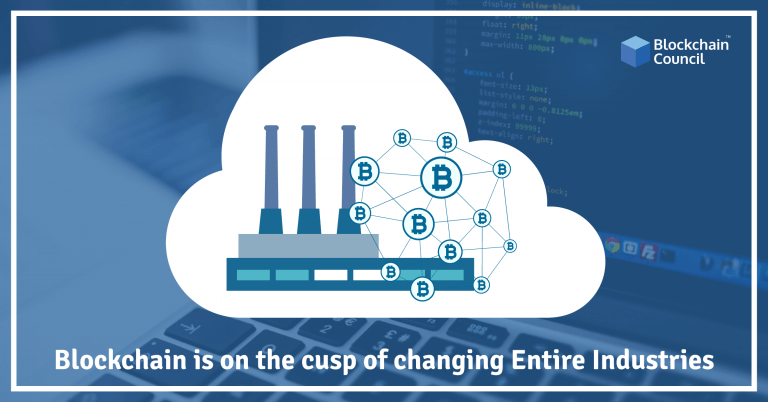 The internet has revolutionised the way we interact with one another and with businesses. We have gone from a model of media consumers to a system of both producers and consumers. Before the internet, media was primarily created by a few people to be consumed by the masses. But since the advent of the internet, with services like YouTube and Facebook, we have seen a sharp rise in the number of original content creators. In this new economy, a lot of the value comes from the original content that the users of the platform create. However, these content creators are usually not fairly compensated for the work that they do because the corporations control all of the data on their platforms. Since the rise of the internet in the 1990s, a small handful of large corporations have gained a disproportionate amount of control over our data.

But thanks to Blockchain Technology, it is now possible to bypass these centralised corporations for direct peer to peer transfer of value. Blockchains allow for the establishment of trust over the internet without having to rely on a centralised bank or corporation. Blockchain enables users to bypass intermediaries from information exchanges and put the control back in the hand of the people involved in the transaction. With blockchains, every user will be able to create individual identities within blockchains to connect everything from travel history to medical records to finances to commerce – something that will have a significant impact on the way we conduct business by reducing slow paperwork and making these systems more transparent.

Which Industries is Blockchain Technology Going to Disrupt?

A Blockchain is simply a distributed database that is impossible to hack or tamper with because no single entity owns it. Instead, it is secured by a network of miners who lend their network resources in order to protect the network. A tamper resistant network like this has far-reaching implications for businesses as blockchains can help establish trust over a medium like the internet because it can act as a truth ledger. The distributed ledger technology market is currently projected to reach $80 billion in 2024 because of the immense potential that it holds. For that reason, blockchain is shaping up to be the next significant leap in the global supply chain logistics, which is expected to become a $15 trillion industry by 2023. Supply chain logistics have a lot to gain from Blockchain Technology, namely openness, transparency and access to data which will all lead to higher efficiency and huge savings for these companies. A supply chain consists of several steps in the flow which work independently of each other. Often these different steps have difficulty in sharing information with each other because of a lack of a common standard. Blockchains can lead to more transparency in this workflow which can help plan for delays in the operation.

Blockchain Technology holds immense potential for the online media industry because of its ability to connect the producers with the consumers directly. For example, the online music streaming industry is estimated to lose about $8 billion a year due to piracy. Additionally, the content creators on platforms like Spotify earn very little money for their work. Artists, on average, earn less than one cent per play, between $0.006 and $0.0084 based on popularity and a few other factors. Blockchains can be used here by handling payments directly and eliminating the middlemen so that artists can earn a fairer price for their work. Other formats of digital content like articles, videos, etc. also gain from blockchains because they make it easier for media to be tracked across different websites. For example, with blockchains, every piece of media could have its identification tag which could be used to follow it on whichever websites the user shares it on. Additionally, with smart contracts, all of the bookkeeping required to handle payments is automated resulting in faster and more direct payments. Therefore, by giving control of their data to the user, they get much more control over how it is monetised.

Affiliate Marketers to get aid from Blockchain Technology
Scroll to top