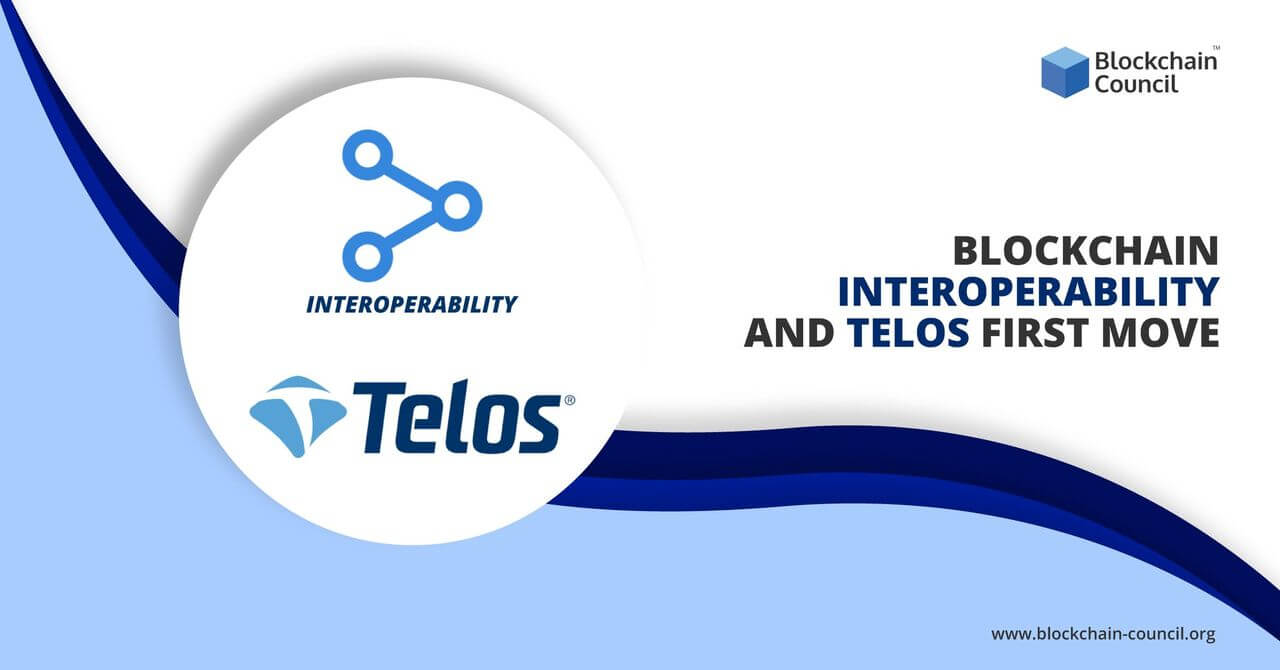 What is Blockchain Interoperability

Undoubtedly, blockchain is considered as a decentralized distributed ledger technology, but it’s also true that blockchain networks are not inherently open and unable to communicate appropriately with each other.

It’s been eleven years since the blockchain was introduced. At present, it has reached mainstream users as enterprises, and government sectors are considering the benefits of utilizing technology across various domains. Interoperability really matters to gain mainstream appeal and for industries to evolve even further.
If you are wondering why interoperability matters, the answer is straightforward. No enterprise will ever want to perform its payments with a blockchain (even if scalable) if the overall infrastructure is not interoperable and secured. Blockchain interoperable supports:

Telos to Make a Move

Interoperability is crucial where enterprises and organizations depend on higher levels of collaborations and interactions. It facilitates consistent information sharing, along with smoother smart contracts execution with a user-friendly experience. At the developers’ end, it allows them to input data on one chain and creates effects on another.

Suvi Rinkinen, CEO of the Telos Foundation stated that,

“With Telos EVM, people can finally build and deploy decentralized applications the way they were meant to be, with high speeds, no middlemen, and no limit on users.”

He also mentioned that to take benefit of Telos EVM, blockchain developers don’t have to use a new codebase, and they can use the Solidity programming language for deploying Telos EVM smart contracts.

It allows liability to Ethereum developers to choose whatever tools and languages they want to, and at the same time, they can create the same EVM bytecode they would deploy to an Ethereum-powered blockchain and drop it into an EOSIO blockchain uninterruptedly. Moreover, clients using Web 3.0 can also shift to a different set of API(Application Program Interface) providers as if it was another Ethereum blockchain.

In addition, in May 2020, Telos reported that the Transledger platform (that aims to make improvements to peer-to-peer applications like decentralized exchanges) would utilize its blockchain technology to empower its interoperability platform, enabling cryptocurrencies to transfer between blockchains.

In order to enable the industry to achieve its fullest potential, there are several interoperability projects that are coming up for bridging the gap between the various blockchains. Let’s discuss a few of them.

ChainLink is a version of oracle service that works as a bridge between blockchains and all the infrastructure that exists off-chain. This project aims to optimize and expand smart contracts’ functionalities while reducing the possibility of information inaccuracy. It offers an interoperability solution to facilitate secure communication between all diverse blockchain ecosystems.

It is a smart contract platform whose end goal is to create an ‘internet of blockchains,’ meaning a network of blockchains that can communicate with one another in a decentralized manner. Cosmos employs an inter-blockchain communication, generally known as IBC protocol for blockchain interoperability and works as a TCP/IP-like messaging protocol. For those who do not support IBC by design, for example, Bitcoin, Cosmos uses “peg zones” to connect them to the “Cosmos Hub.” It is also recognized as a “flagship” blockchain that binds all the zones and coordinates communications.

Apart from these two, Polkadot, Wanchain, Hybrix, among others, are the other well-known blockchain projects.

How Anonymous Payments can Beat Online Censorship
Scroll to top