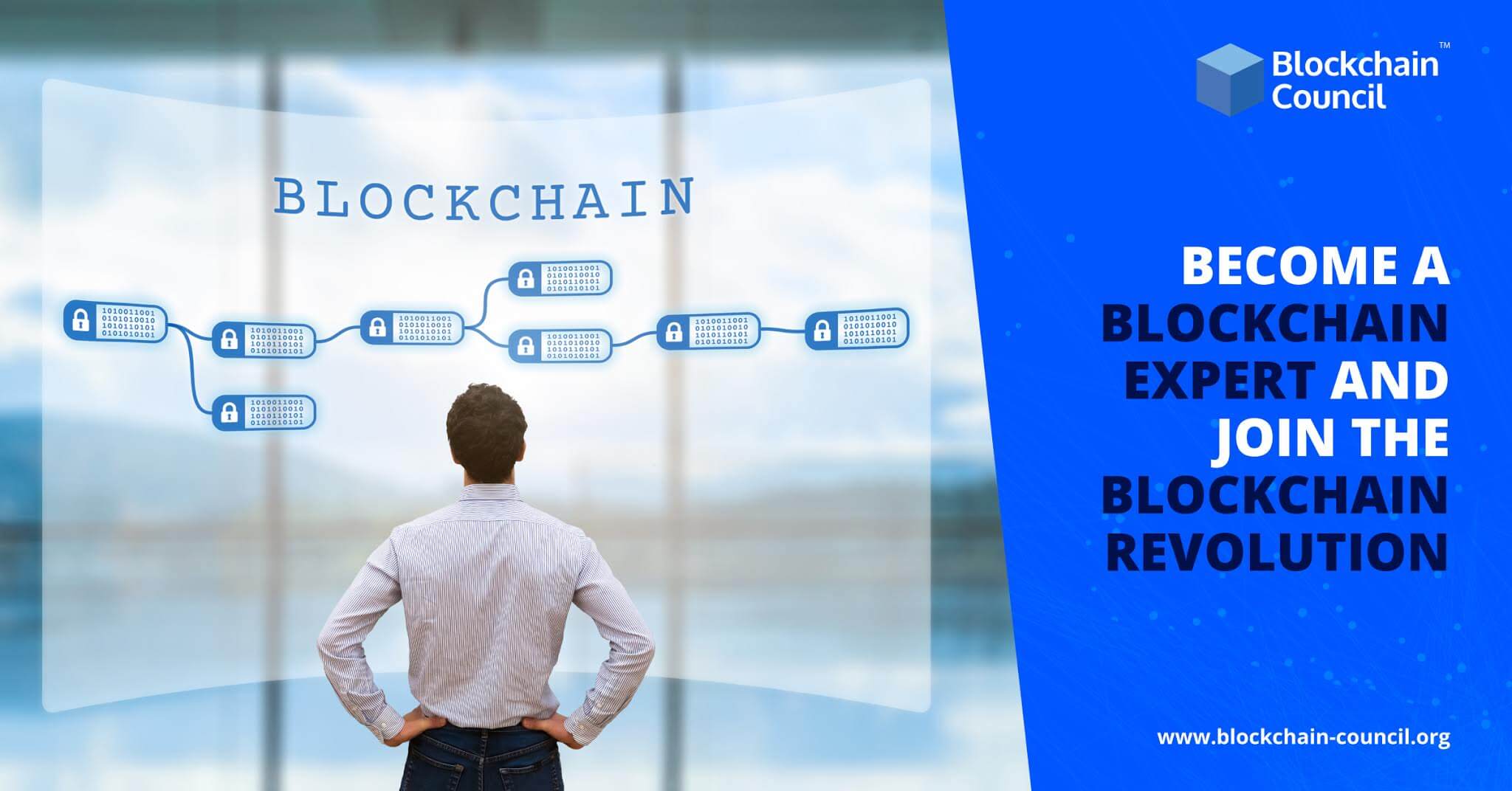 With large corporations and even small businesses applying blockchain technology into their operations, there is a major demand for blockchain-related services. Blockchain is used in numerous technology-based applications such as supply chain management, payment services, digital identity, documentation, etc. Based on data compiled from numerous research reports, the worth of the blockchain market is estimated to reach USD 28.24 billion by the year 2025.

Due to its potential, blockchain technology is being increasingly adopted by countries across the globe to elevate their businesses to great heights. Blockchains make governments more effective and provide a wider boost to the economy.

So, What Is Blockchain?

A blockchain is a distributed, decentralized database which is shared across a network of computers. The design of the blockchain is such that it is resistant to the modification of data. It records transactions between two parties in a verifiable and permanent manner. The blockchain consists of a growing list of records which are linked using cryptography. These records are called blocks. Cryptography refers to the study of techniques which ensure secure communication.

Each block contains transaction data and a timestamp (cryptographic hash of the previous block). So, a blockchain in the simplest of terms is a timestamped series of immutable data managed by a cluster of computers. It is not owned by a centralized entity. A blockchain is hosted simultaneously by millions of computers and hence, the data is accessible to all the participants of the network. The three pillars of blockchain technology are decentralization, immutability, and transparency.

Who Is A Blockchain Expert?

Career Options For A Blockchain Expert

Currently, the hottest IT job skill is blockchain. There is now a plethora of blockchain jobs available but there is a dearth of talent to fill them. Some of them are: 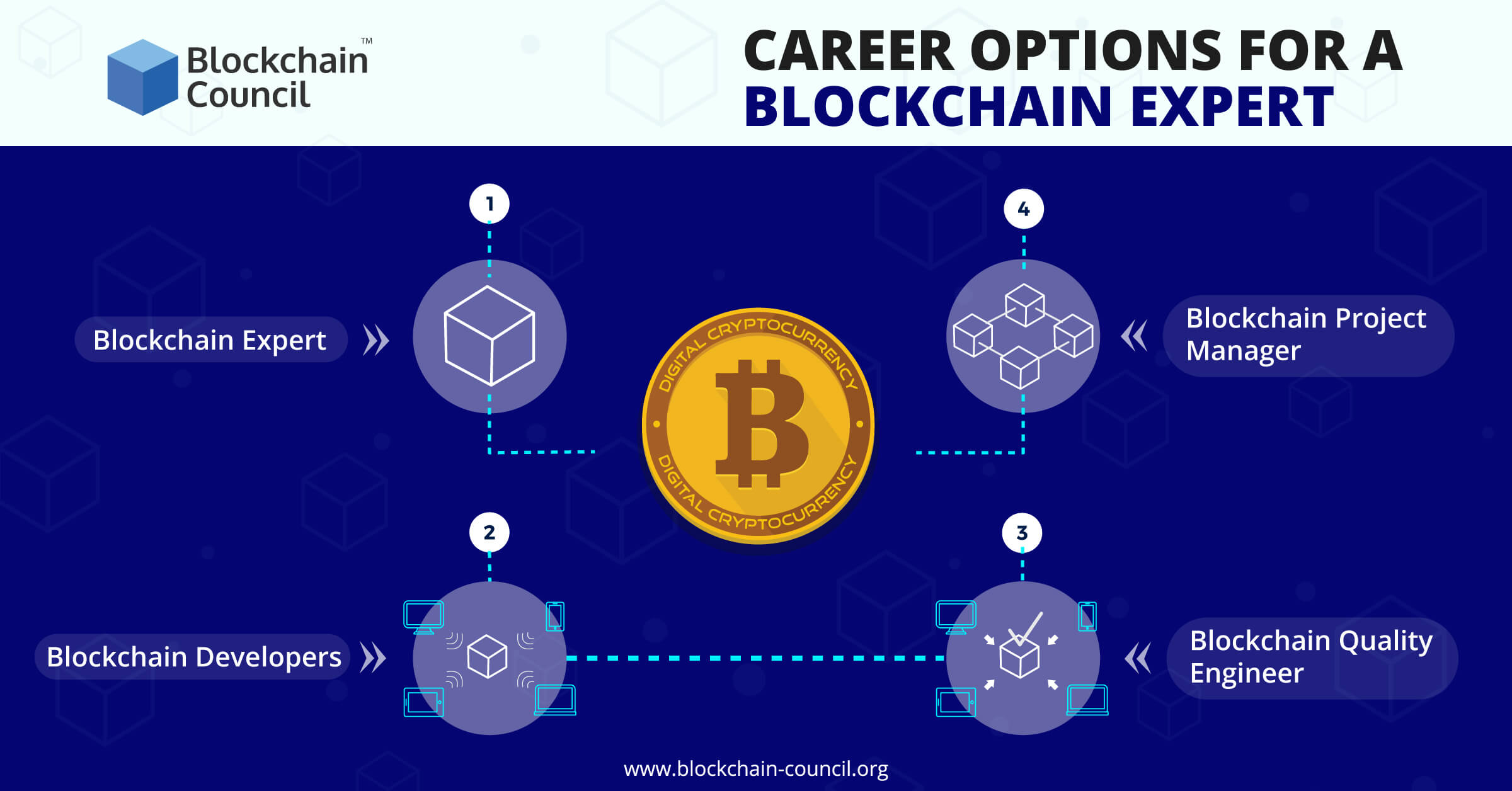 A blockchain expert must be well versed in programming languages such as Java, C, C++, and Python. He must possess a deep understanding of blockchain technology, must have experience working in a test-driven environment, and must have the never-ending zeal to learn about innovative technologies.

A quality engineer is responsible for quality in all areas of blockchain development such as manual testing and dashboards, and automation frameworks and tests. He conducts research on blockchain tools, develops quality assurance (QA) automated test standards, and defines, writes, and implements test automation strategies for load performance tests.

He is one who installs blockchain platforms in businesses and helps them adapt it to their technology platforms. He is responsible for the planning, supervision, and execution of blockchain projects. He needs to be sound in technical languages.

Get Certified By Blockchain Council

If you want to acquire an in-depth understanding of blockchain and develop the business skills sought by a majority of the employers, you have landed at the right place. Blockchain Council is a prestigious platform which is making a positive difference through the certifications it offers. Blockchain Council comprises of a team of like-minded, authoritative experts who are evangelizing use cases, products, knowledge, and blockchain research, and development for a better world.

As we know, blockchain is a disruptive technology which is emerging rapidly and is transforming the landscape of the internet for the better. Enterprises are now shifting from traditional, centralized systems to blockchain technology, which is a secure and transparent decentralized ledger. Blockchain Council provides a conducive learning environment by educating a vast group of individuals ranging from students, entrepreneurs, executive managers, innovation managers, business administration experts, and Chief Executive Officers in the blockchain space. Blockchain Council is a private de-facto organization which works individually and proliferates blockchain technology globally.

One such course which is highly preferred by people working across a wide range of industries is the Certified Blockchain Expert certification offered by the Blockchain Council. It is an exam-based course which imparts profound practical knowledge in blockchain technology. It is a self-paced course which provides lifelong access to course modules which have been carefully curated by acknowledged industry experts. The good news is that no specific prerequisites are needed to enroll in certification courses offered by the blockchain council. Basic knowledge of programming and information technology would suffice.

Advantages Of A Blockchain Council Certification

Within a decade, blockchain has disrupted a wide range of industries. Some of the major industries which have embraced blockchain technology are:

Blockchain plays a pivotal role in both the private and public sectors around the world. It has the potential to be applied to long-standing business issues which help in driving value. Undoubtedly, it carves a competitive economic advantage for all organizations and jurisdictions using it. Owing to the huge part played by blockchain in the world economy, it certainly has all it takes to be a genuinely transformative technology. Blockchain is indeed the backbone of a new type of internet.

How Blockchain Technology is Being Implemented in EdTech?
Scroll to top