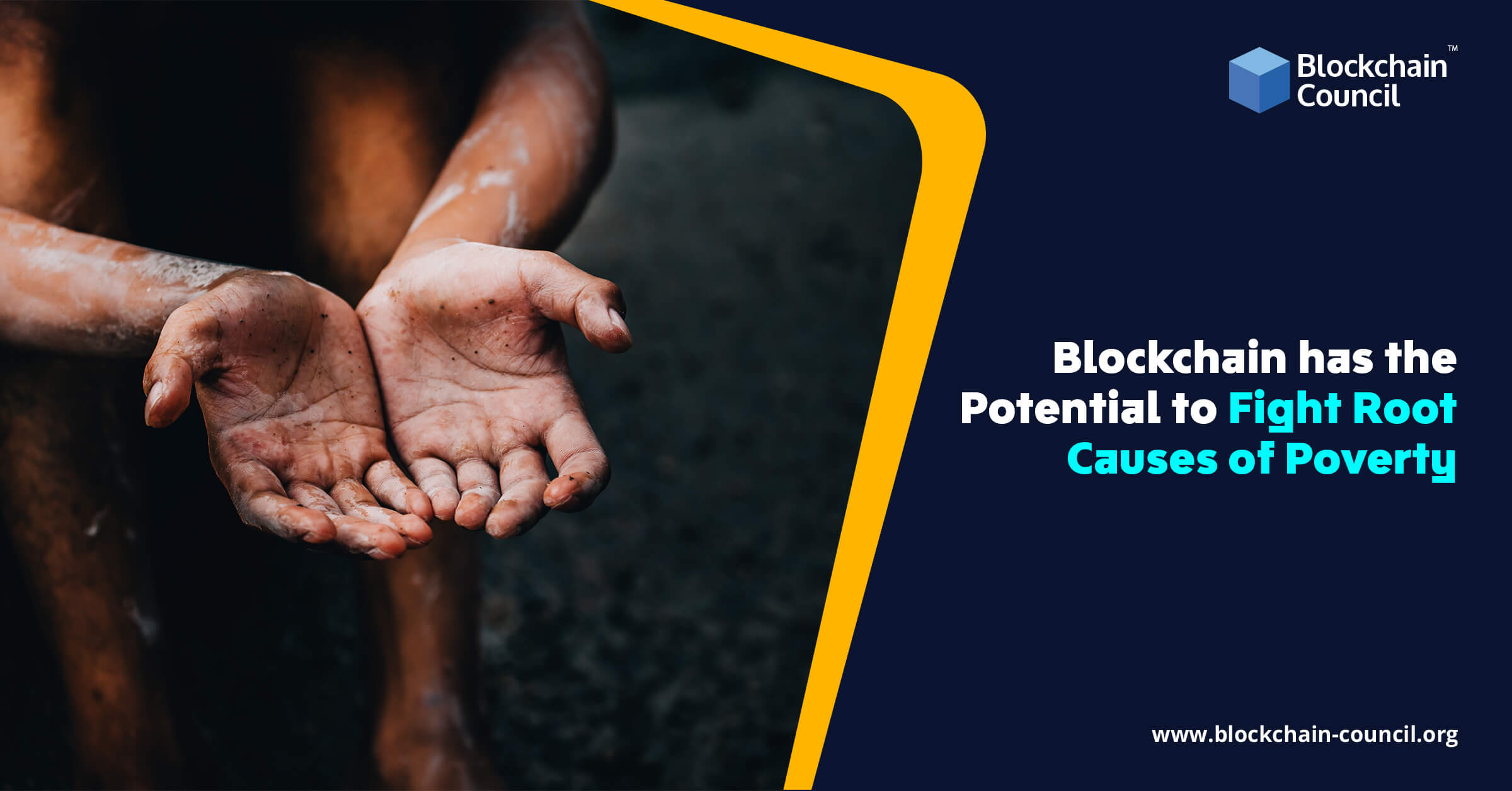 You must have come across various use-cases of Blockchain. Do you have any idea how this distributed ledger technology can fight the root causes of poverty? This article talks about how Blockchain can help lift poor people out of poverty in developing countries.

While various technological advancements have significantly reduced global poverty to a great extent, it is still existing. Blockchain, which is a P2P decentralized distributed ledger technology, is assumed to have the potential to create significant political, social, and economic gains for developing countries. Although a Blockchain-based database isn’t enough to solve these difficulties, it can definitely change the poor economy’s facet.

According to NASSCOM that stands for National Association of Software and Services Companies, Blockchain-led improvement in productivity and cost reduction can create a value of around US$5 billion in the Indian economy in the next three years from now.

General Causes for Poverty and How Blockchain can Deal with it

Poor record-keeping methods and inaccurate registry are the significant challenges that make it nearly impossible for people to prove they own the land. Citizens of developing countries do not have a secure ledger to record and store their crucial information. Without the ability to verify deeds, people are unable to buy or sell their land, access loans, and other financial tools that are necessary to improve their financial position. They are still relying on third-party intermediaries for managing their documents, and therefore, their property records are typically vulnerable to inconsistencies, tampering, damage, and data loss. Lack of legal land ownership is one of the biggest causes of poverty in developing countries.

Distributed ledger technology like Blockchain can be piloted in novel ways to address such concerns.

Using a blockchain to record transactions ensures that it is not susceptible to tampering. Since Blockchain records a clear history of modifications, including who did what and when thus records stored on the distributed ledger is virtually impossible to change.

Using this technology for property ownership registration protects the rights of the owner and enables easy resolve of disputes, if any, prevents cheating, and makes the correct transfer of ownership after-sale possible. Thus, technology can be used to establish credit, allowing owners to open bank accounts and perform monetary transactions, thus enabling higher financial inclusion, paving the way to sound futures.

Lack of identity is another crucial issue in developing countries. According to the World Bank’s global financial index, around a quarter of the world’s population is unbanked, and due to this, people are unable to open their bank accounts and access financial services.

Blockchain can deal with this problem by providing a Blockchain-powered digital identity that could be utilized by all those who don’t have proper identification. Such identities can be used globally and hence enable poor people to access financial systems and transactions. Moreover, Blockchain-based smart contracts can also help in the verification process for availing the desired services in a truly independent manner. People no longer have to be dependent on higher-authorities for verifying their details for processing transactions.

Apart from this, Blockchain can also provide other benefits too. Like for instance, it can make the transferring of the land process easy and straightforward. Instead of relying upon central authorities like going to a public registry house to transfer their land, which costs heavily, moving the entire process onto the Blockchain can drop the cost and streamline the entire process.

Curious to learn more about the smart contract and become a Certified Smart Contract Developer? We are here to assist you.

Conclusion: Is Blockchain the Solution to End Poverty?

The living conditions of billions of people are improving, and all credit goes to advances in technology such as Blockchain. But this technology is solely not responsible for breaking the cycle of poverty. Technologies such as the IoT, 5G combined with sound economic and social policies are also the key players in this direction. Despite the promise of Blockchain, there are various fundamental challenges for its implementation. Also, bureaucrats may oppose using that technology that reduces their power and privileges.

If you are looking for the best Blockchain Certification courses, you can get enrolled in Blockchain Council and become a Certified Blockchain Developer/Expert.