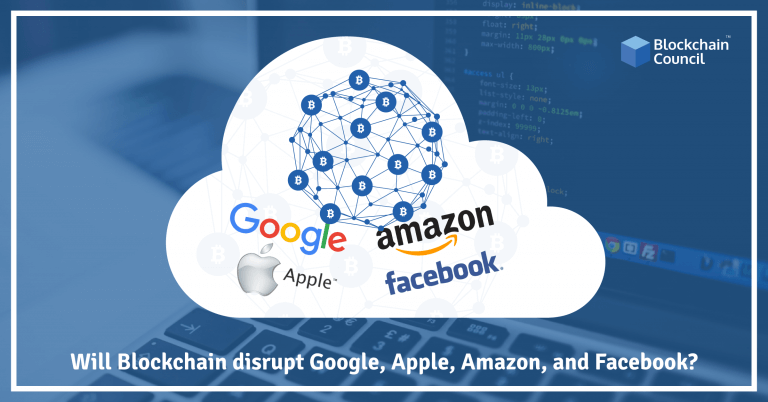 The rise of the internet in the last decade has been marked by corporations like Google and Facebook gaining too much control over our data. Social media platforms like Facebook and Snapchat derive most of their value from their users. That is to say that most people use Facebook to learn about their friends and family and YouTube is appealing only because of its massive community of content creators. However, these users who bring value to their platforms receive no share of the incredible profits that these corporations make. With the advent of blockchain technology, it is now possible to ascribe and track ownership of content across different platforms. Blended with smart contracts, this makes the job of bookkeeping much more natural and also automates payments. That is why the internet giants have to change their business models to take blockchains into account.

About 87% of Google’s revenue is generated from advertising, be it in the form of Google Search, YouTube Ads, or AdSense. Google has a considerable market share in the online search engine market with about 75% of all internet searches going through Google. This is very valuable for Google as this allows them to gain access to huge amounts of data that they can use to serve more targeted ads. AdSense is Google’s partner network that integrates with other websites to display ads on those websites. AdSense allows sites to monetise through Google’s advertising platform without worrying about the backend or finding advertisers. AdSense charges between 30-50% of the cost of displaying the ad for handling the backend and in 2016 AdSense accounted for about 25% of Google’s total revenue. Google’s search engine is so useful because Google gathers so much of our data for data mining to display better results. However, therein lies the problem with this model because to display targeted ads, Google sells our data to the highest bidder. A blockchain based search engine is the perfect solution to this problem. Combined with a digital identity platform like Civic, the blockchain search engine could still improve search results without ever owning or controlling the data. Users also benefit from this model in the form of tokenised payments for viewing ads. The Brave platform is already testing this model with the cross-platform Brave browser and the Basic Attention Token.

In June 2017, Facebook reached 2 billion monthly active users, and it is still growing at 16% per year. Most of their revenue also, like Google, comes from advertising with about 86% of that coming from mobile users. Facebook users, which are the primary source of value for the platform, however, do not get to share any of the profits from their posts. This model is therefore ripe for disruption, and we already see decentralised alternatives to Facebook and other social media platforms. For example, Steemit, the blockchain based social media platform that combines parts of Facebook and Reddit and has a native token called Steem Dollars. Similar to Facebook, users can create posts, share pictures, and videos and interact with other people’s post on the platform. Additionally, people can upvote or downvote posts, and the creators of the post get paid in Steem Dollars based on the popularity of their posts. This is a much fairer sharing of revenue as the content creators get rewarded for their work and this, in turn, gives them more incentive to create better content.

Apple is less threatened by blockchains as it makes 80% of its revenue from hardware with the iPhone being the most significant source of income for the hardware giant. However, there are still several blockchain based apps that can improve upon the proprietary solutions provided by Apple like the Brave platform. Apple’s Safari browser does not ship with an ad-blocker, and there is no way for users to block ads on Apple’s devices. The Brave browser which is available on all of Apple devices still allows for blocking ads and even gives the user a choice to get paid for viewing ads.

How Industries are Changing? Is it on the Point to Meet Blockchain
Scroll to top