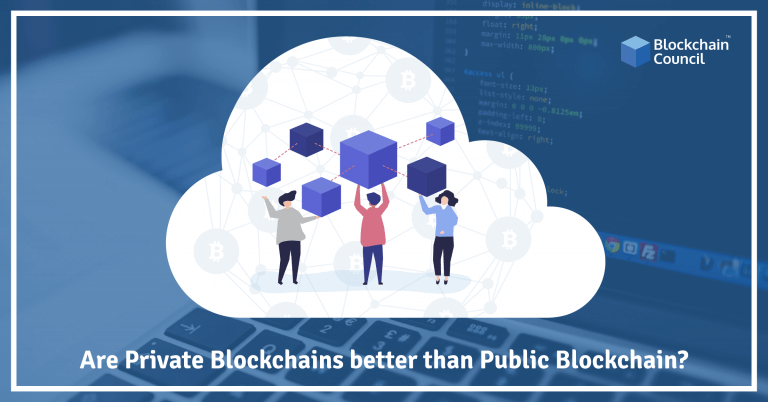 The Basics of Private and Public Blockchains

However, the decentralised and trustless advantages of public blockchains come at a cost. Since there is no intermediary to facilitate transactions, millions of nodes must sync in real time and make sure fraudulent transactions are prevented. This requires employing a consensus mechanism such as Proof of Work or Proof of Stake. This adds a lot of overhead in running public blockchains leading to slower throughputs and higher costs for electricity spent on doing laborious calculations. By comparison, private blockchains are much faster because a lot of meaningless calculations are avoided by using trusted intermediaries.

So to answer whether private blockchains are better than public blockchains, one must know the conditions under which the blockchain is to be used. As noted above, both types of blockchains offer different strengths with regards to trustlessness, speed, and security. Private blockchains excel for applications where speed is of critical importance and where a few trusted parties can secure the environment. Consider the case of cross-border payments. Currently, wire transfers can take several days and cost as high as $50 for a transfer. A private blockchain such as Ripple’s XRP standard which relies on coordinator nodes can significantly bring that cost down while maintaining a high degree of security. Ripple does so by making sure that only trusted financial institutions or university servers can run coordinator nodes. This architectural decision allows for throughput improvements of several orders of magnitude. For instance, the maximum number of transactions on the public Bitcoin blockchain is 3-5 transactions per second. But with Ripple’s network combined with its native XRP token, the private blockchain can handle upwards of 1500 transactions per second! Blockchains need to achieve this type of throughput if they are to be used in real life situations since they are competing with VISA and MasterCard who can handle up to 40000 transactions per second. Private blockchains like Ripple can therefore also be used to track assets and transfer them across the world. Therefore, the answer to the question is yes for several applications.

How is Blockchain increasing trust in Digital Advertising?
Scroll to top