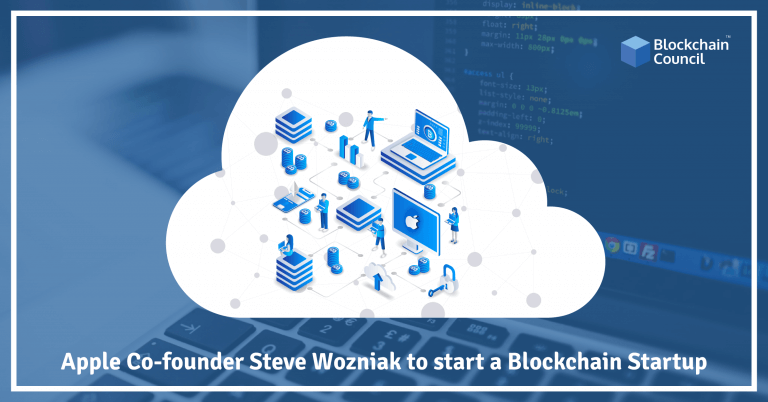 Blockchain and cryptocurrency are two developments in the technology domain that have taken the world by storm. Be it startups or established names in the industry, none of them is left untouched with its effect. Despite being a new technology, Blockchain has a vast potential to transform the industry. Its effect is not just limited to business operations, but it also influences social problems like corruption, legal issues, documentation, donations and much more. The omnipresence of Blockchain or Digital Distributed Ledger technology has transformed the views of many, and the latest addition to this is Apple Co-founder Steve Wozniak.

Wozniak had been vocal about the fact that Blockchain and cryptocurrencies are like internet bubble which will soon disappear. But, his latest statement claiming to start a Blockchain startup clearly shows that how Blockchain is slowly gripping the world.

Why so much focus on Blockchain?

An important question that arises here is why there is so much buzz about Blockchain? Is it so transformative that it will resolve all the issues that we are facing with the other technologies? Well, it’s too early to make predictions on the same, but here I would like to highlight a few facts about DLT that has made it so inevitable.

Blockchain or DLT is a digital technology where all the information is spread in the network. These networks or nodes do the verification and validation.  Each of these nodes works towards the verification and validation of information which after screening enters the ledger. Once it makes an entry into the ledger, everyone in the system can see it, but no one can change it. It makes the Blockchain Technology a solution to some of the most common problems that we face in the conventional technology.

Key Features of Blockchain that are drawing the attention of many-

Blockchain offers myriads of benefits because of its certain features. These features not only make this technology superior to the others but at the same time, it also makes Blockchain somewhat impervious to attacks and hacking.

Why did Wozniak make a shift to Blockchain after stating that it was like the internet bubble?

Wozniak will be working along with a Blockchain startup to create an investment platform. With this platform, Wozniak wishes to create a forum where it will be easier for investors of different investment capacity to invest in a particular project. The company may register in Malta. It aims to create a friendly regulatory environment for the companies dealing in Blockchain and Cryptocurrency.

This platform is going to be safe, secure and transparent and user-friendly. The startup is the brainchild of Ultimo entrepreneur Michelle Mone and Dough Barrowman. Equi will now have Wozniak who will bring inventiveness to this platform.

As per Wozniak, earlier Blockchain and cryptocurrency appeared as a bubble, but now he believes that this technology offers great scope for the companies for futuristic developments.