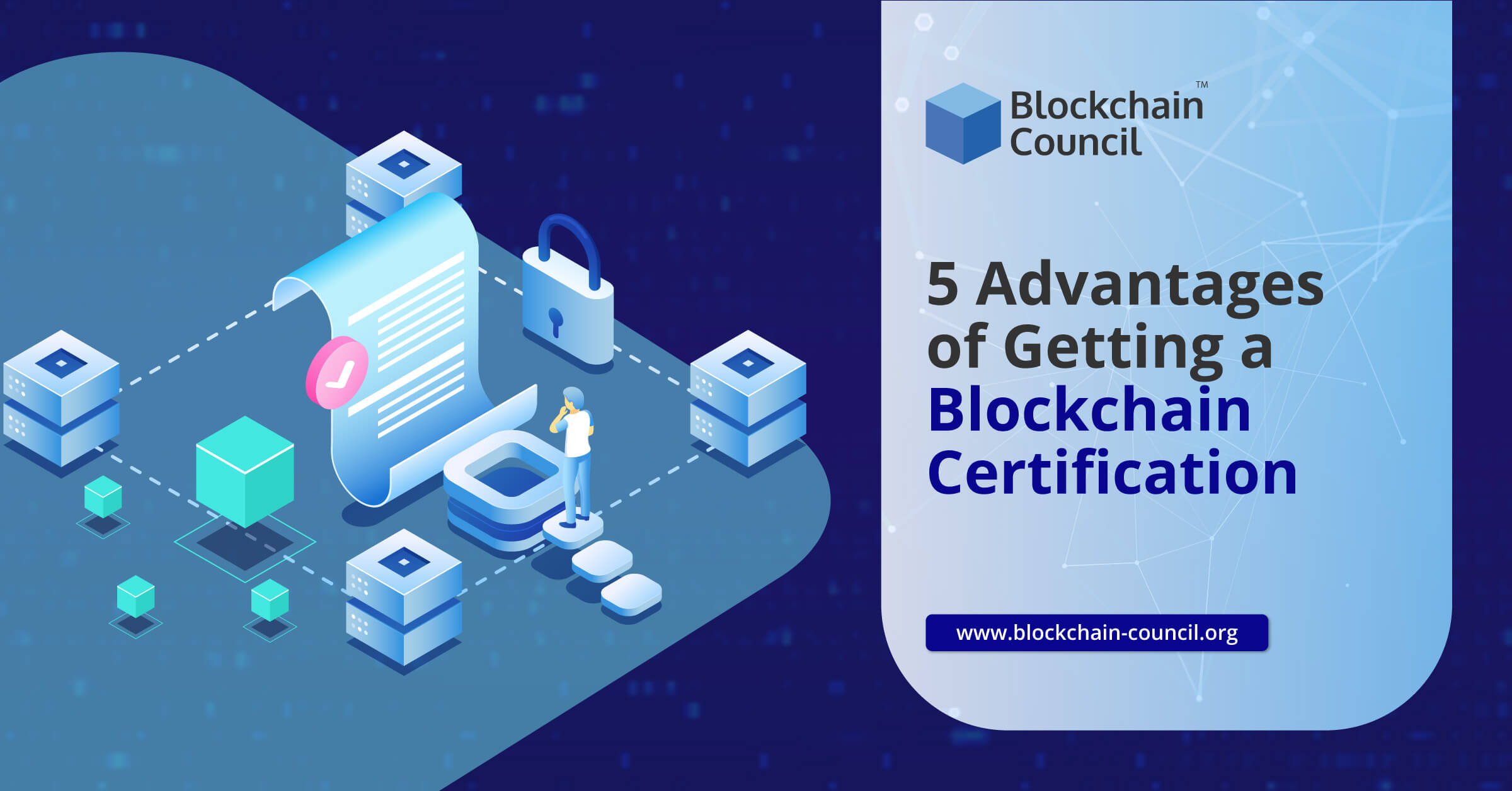 You must have heard of blockchain getting implemented in many industries and people taking this technology more seriously in different use cases, but seldom you have heard of the advantages of having a certification in blockchain and the career benefits. In this article, we would be talking about the same.

Even though blockchain technology is at a nascent stage now, but it has progressed to get the attention of every industry and top management. It has proved its application in various sectors like healthcare, education, retail, manufacturing, telecom, along with governmental agencies.

In fact, in a recent survey from LinkedIn, Blockchain has emerged as the top demanded skill of 2020. This shows the functional urgency of this technology in companies.

Five Advantages of Having a Blockchain Certification

Blockchain has been termed as the hottest Job of the 21st Century. Blockchain design and development is the hottest skill in the freelance IT job market today, growing by more than 6,000 percent since this time last year and putting it on stride to be the new “cloud technology” of the 21st Century, according to a new report. On AngelList alone, there are at least 1,520 startups seeking blockchain expertise. Thousands of blockchain jobs in the United States and many more countries are now up for grabs.

To gauge the humongous salaries and attractive role given in the blockchain domain, Blockchain roles and salary ranges per annum are given below:

To gain traction to your profile and land fantastic jobs at attractive salaries, Learning Blockchain and having blockchain certification is a must now.

According to Janco Associates, about 23% of large companies are now actively working on Blockchain apps and use cases for their businesses, and they typically hire a Project Manager, one or two Blockchain application designers, and two to four Blockchain, Developers. All the hires have the prior blockchain experience or at least blockchain training courses and certifications. Janco Associates is a management consulting firm that organizes regular salary surveys.

The blockchain certification is the milestone that the professional boasts about and has far better exposure to the blockchain technology than others. Every new technology is a little hard to learn due to the unavailability of standard resources and the presence of different counter views of the experts. Blockchain certification helps minimize that gap by providing the best available resources and validated in the industry to help you get exposed to the new tech. The experience of this exposure is enhanced by the demo project implementation of use-case development.

The certification leads a professional to have the edge over other technology experts because the certification itself shows what kind of learning he or she has gone through.

Merely learning the blockchain from different materials over the internet might give a broad understanding of the technology but it might bot help you get where you want to be. For that to happen, you need a formal certification because the blockchain certification displays your ability to learn and bring in practice this new tech that others are still struggling to understand. The practical implementation experience in the certification program is what differentiated you from the others.

The blockchain certification helps you to work closely with the top management at leading roles. Since the technology is new, and its implementation is challengingly new to the organizations, the management team is generally involved in the on-ground implementation of the blockchain project. Any certified blockchain professional directly gets recruited for this kind of work and gets the chance to showcase his or her skills.

The Blockchain Council has come up with several training and certification options to help professionals master this skill.