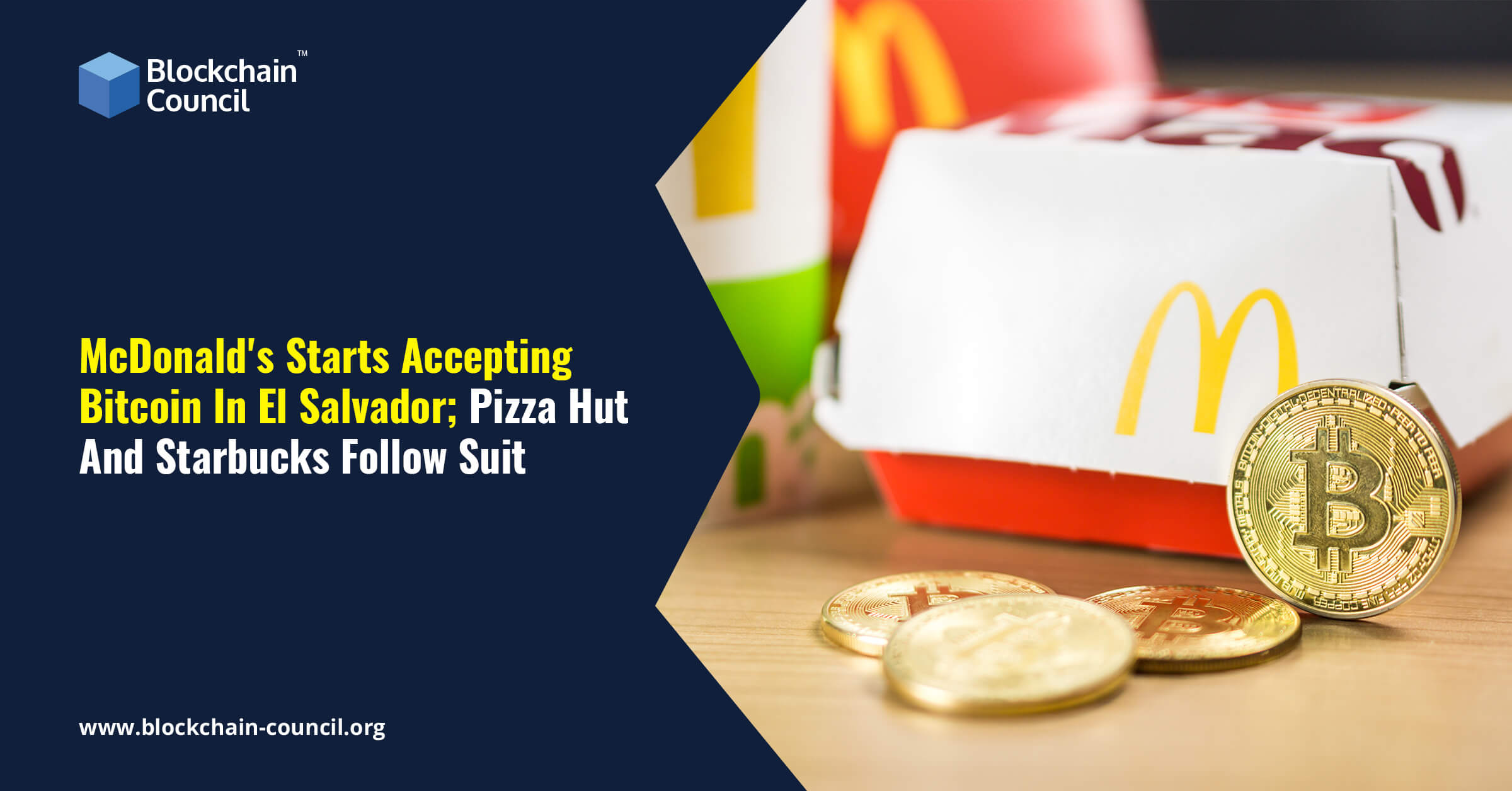 The country of El Salvador has become the first country in the world to accept the biggest cryptocurrency in the world, Bitcoin, as their legal tender just a couple of days back on the 7th of September, 2021. Right after this adoption took place, the globally popular fast-food chain from the United States, McDonald’s, started accepting cryptocurrency as a method of payment in El Salvador.

This development was confirmed by OpenNode, which is one of the most leading companies in the world dealing with payment processing in Bitcoin, and they are based out of California. The company announced that Mcdonald’s in El Salvador is now open to accepting Bitcoins, and they are doing so on the Lightning Network that is powered by the company OpenNode itself.

The company also mentioned that they had made a collaboration with McDonald’s in order for them to start accepting payments made in the form of Bitcoin. The two firms are working in close cooperation with each other in an effort to make sure that all the branches of McDonald’s existing in El Salvador can start accepting Bitcoin payments with the help of the Lightning Network from OpenNode.

Julie Landrum, who is the acting head of Growth at OpenNode, opened up about the development in El Salvador. She stated that they are extremely happy and excited to be a part of an initiative that basically helps to make the adoption of Bitcoin law in El Salvador an easier process and an operational success. According to her, this is an excellent opportunity that, in reality, demonstrates how efficient the Lightning Network is when it comes to dealing with low value yet high volume purchases at the most popular and the most successful brand in the world. She believes that this is another significant and massive achievement on the road to the expansion of the greater Bitcoin economy across the world.

Moreover, if someone is really interested in cryptocurrencies and other digital assets like NFTs and wants to build a project around them, it is best to look into the Certified Courses and Training provided by the Blockchain Council, which is the foremost authority in imparting knowledge about Blockchain and Cryptocurrencies like Bitcoin, Ethereum, etc.

However, even though McDonald’s has been the first giant American firm that seems to have adjusted with the cryptocurrency laws of El Salvador, the spokesperson from OpenNode stated that the payment company processing Bitcoins is on the road to onboarding multiple giant multi-billion-dollar brands to sign up for accepting Bitcoin as a payment method.

According to reports from the popular website Bloomberg, other food chain restaurants and beverage companies like Pizza Hut and Starbucks are on the way to start accepting Bitcoins as a payment method.

On the 7th of September this year, the country of El Salvador made its mark in the history of the world by becoming the first country ever to adopt bitcoin as a legal form of medium of exchange along with their existing currency, which is the United States Dollar. The initiative will allow the citizens of the country to conduct necessary transactions like living costs, paying debts, and taxes by using Bitcoin as a medium of exchange. On the other hand, the businesses that are operating in the country will be able to add another method of accepting payments in the form of Bitcoin.

RMRK Marks The Launch OF The Most Advanced NFT System The World Has Ever Se...
Scroll to top