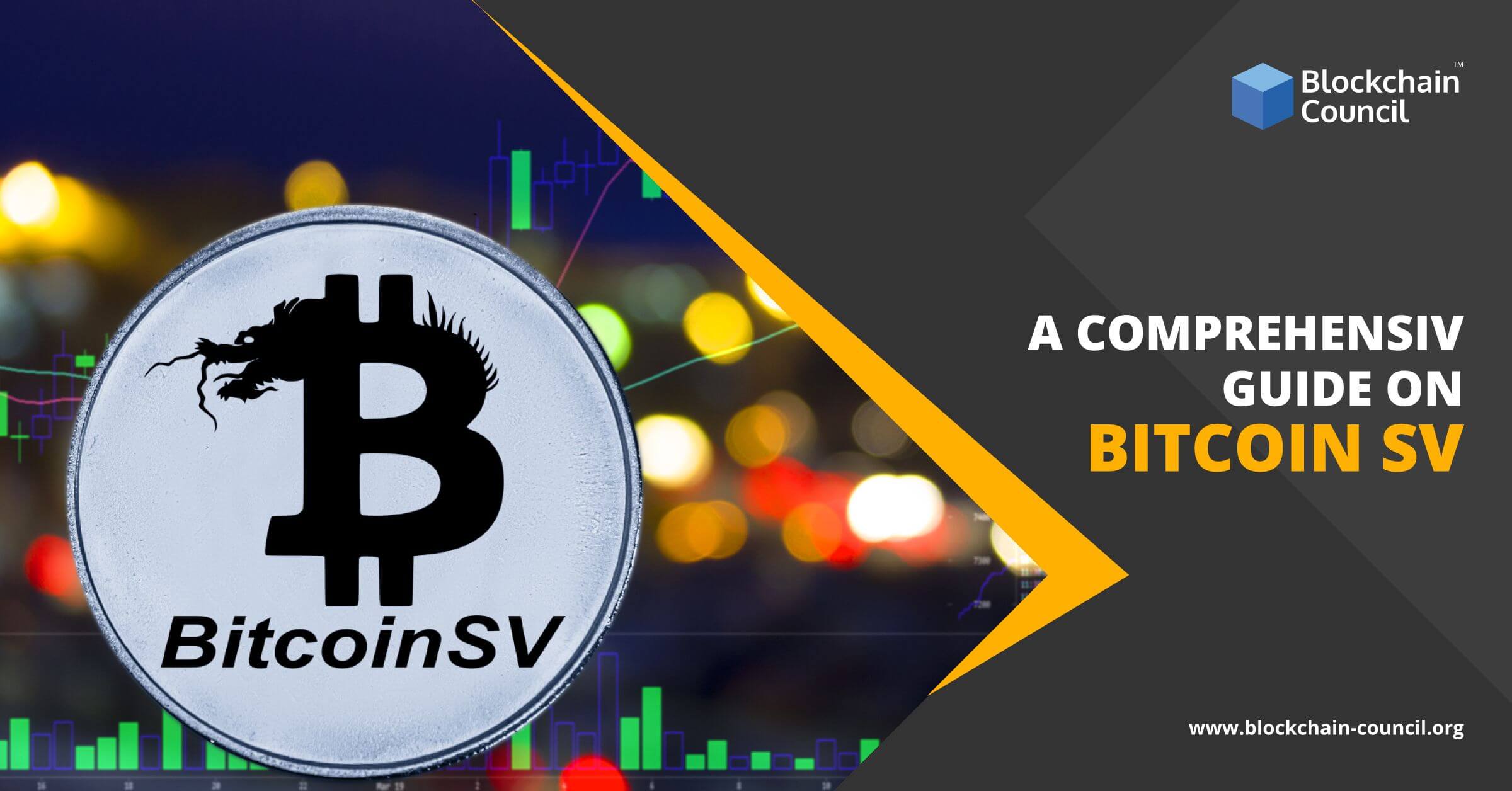 You have read a lot about Bitcoin. Isn’t it? But in this article, we will talk about the less discussed cryptocurrency, and that is Bitcoin SV. We will discuss what this cryptocurrency is all about, how it differs from Bitcoin and Bitcoin Cash, and how it works.

As of April 2020, Bitcoin SV was the sixth-largest cryptocurrency by market capitalization, according to CoinMarketCap. Bitcoin SV, developed by nChain employees Daniel Connolly and Steve Shadders, is a cryptocurrency designed on August 16, 2018. Bitcoin SV, also known as Satoshi’s Vision, is a hard fork of Bitcoin Cash with an aim to restore Bitcoin to its original form. This version of Bitcoin is led by Craig Wright, who has often claimed to be Satoshi Nakamoto. It came into existence as a result of a hard fork.

Want to become a Certified Bitcoin Expert? Get started now.

In 2017, there was a debate between Bitcoin vs. Bitcoin Cash fork, where BSV supporters followed the later one as they believed it is closer to the original vision of Satoshi Nakamoto. But afterward, when they found that Bitcoin Cash was deviating from its vision, there was another split, and thus Bitcoin Cash was split into two different coins, i.e.,  Bitcoin SV- team nChain  and Bitcoin Cash-  team Bitcoin ABC.

Now, as we have understood what exactly Bitcoin SV is and from where it came from, let’s distinguish all the three Bitcoins, i.e., Bitcoin, Bitcoin SV, and Bitcoin Cash.

Bitcoin Cash has a block size of 8MB, which indicates that it is around eight times larger compared to BTC. Therefore, Bitcoin cash can handle more transactions, and payments can be processed faster, which can further eliminate the waiting times and backlogs.

Comparing Bitcoin and Bitcoin SV, the major difference lies in its block size, where Bitcoin SV is 128 times greater than BTC’s network. BSV claims it can transform every payment system with better user experience, a cheaper merchant cost, and a safer security level.

All Three At A Glance

While BCH, BTC, and BSV may share a common name, they all are different cryptocurrencies. Where Bitcoin is the first-ever digital currency, BTC and BSV are altcoins that strive to fulfill diverse roles that BCH creates at present. But yes, most of the logic behind BSV is almost similar to Bitcoin. Like for example, BSV also uses Satoshis and has a cap of 21 million blocks. BSV aims to bring back what made Bitcoin famous and want to return to Nakamoto’s original ideas, which was definitely not the best solution.

When it comes to BSV, which is a result of a hard fork, it generates a question of whether there will be any further splits in the near future? Although the answer is not direct, if further division occurs, it is for sure that crypto traders and investors will definitely lose faith in crypto space because no one likes to invest money into something that keeps rotating.

Bitcoin SV was introduced as a result of disagreement within the Bitcoin Cash community, and initially, it wasn’t expected to perform so well. According to Coingecko, at the time of writing, Bitcoin SV price was $209.26, with a 24-hour trading volume of $1,173,822,075 and with a circulating supply of 18 Million coins and a max supply of 21 Million coins which shows that BSV has survived. Now it occupies seventh in position in terms of market capitalization, which indicates that 2020 has been a year of Bitcoin SV.