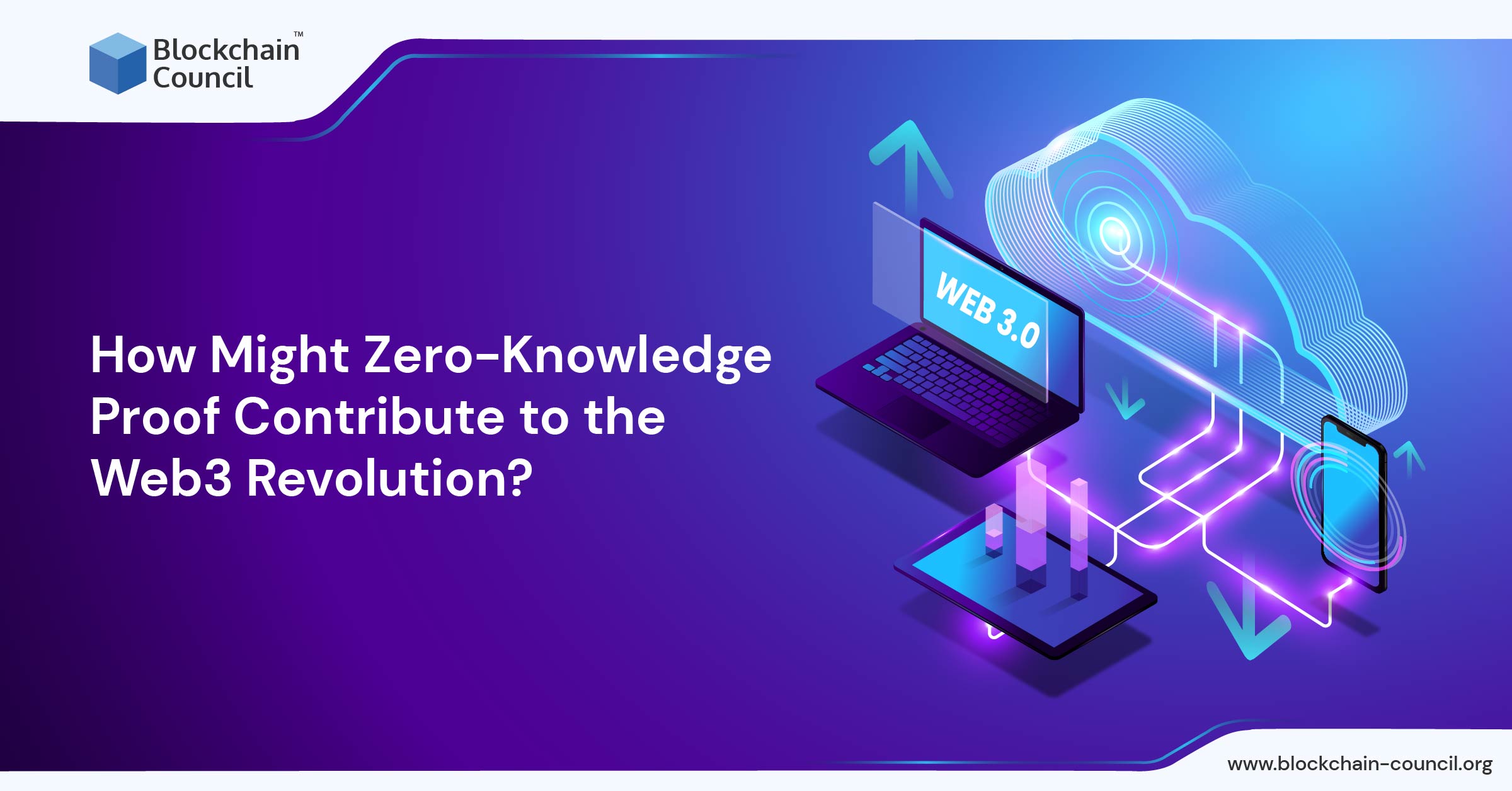 The previous year gave increasing clarity to the significant role that Zero Knowledge Proofs (ZKPs) will play in the future of cryptography and Web3 development. Evidently, it has paved the way for ZK applications to be rolled out across the cryptocurrency ecosystem and become the defining characteristic of Web3 education.

According to the outcomes of a current poll, the encryption technique known as Zero Knowledge Proofs (ZKP) is the essential component for safeguarding and expanding both Web3 and the metaverse. Apparently, ZKP consists of proving and validating information without disclosing the data that lies behind the information.

The findings of the study were compiled and presented in a document titled “State of Zero Knowledge 2022” by the Mina Foundation, the organization responsible for the development of the Mina Protocol. This protocol is regarded as the “world’s lightest blockchain protocol” by the Mina Foundation. The survey received responses from 1,978 individuals, including those working in the blockchain technology environment and policymakers and developers.

What is Zero Knowledge Proof?

A Zero Knowledge Proof is a kind of cryptography that permits one person (the prover) to demonstrate to another party (the verifier) that certain details are true without giving any extra information.

Despite the fact that ZKPs are being utilized to improve the functionality of blockchain, the protocol was developed forty years before the advent of the decentralised ledger. In the 1980s, MIT scholars Silvio Micali, Shafi Goldwasser, and Charles Rackoff were the ones who initially presented the concept to the scientific community.

Interactive and Non-Interactive Zero Knowledge Proofs are the two primary types of this type of proof.

The following three key requirements are required for all Zero Knowledge Proofs:

Completeness: the verifier is able to certify that the prover obtains the appropriate input if a statement is true and the statement in question.

Soundness means that the statement cannot be shown to be false, and that the verifier cannot be fooled into believing that the prover possesses the necessary input when in fact the prover does not.

Zero-knowledge implies that the person verifying the information does not have access to any information other than whether the assertion is true or incorrect. The data and personal information of the other party, including its specifics, will be kept unidentified.

The Semantic Web, also known as Web 3.0, uses blockchain technology to ensure the security and privacy of your data and is built on the foundation of AI and ML.

Businesses will benefit from Web 3.0 education because it will make it easier for them to construct apps by dispersing functionality over a number of block nodes. Not only does this make commercial dealings more transparent, but it also allows us to follow every bit of data that has ever been documented. Users are no longer reliant on the provider of the service that is building the platform as a result of this.

Doesn’t that just blow your mind? We might, for example, be able to combine the physical and digital worlds into a unified ecosystem.

The Internet has advanced over the course of time. The first version of the web, known as Web 1.0, consisted of static web pages that served material that was already available on servers’ file systems. It gave users the ability to access data from any part of the world, but it lacked any functionality that would allow them to engage with the content.

Then, Web 2.0 allowed consumers to interact with content found on the web; in other words, it encouraged the creation of user-generated content. Web 2.0 is an advanced platform, but it does have some limitations, such as restricted control over user data and the safety of that data.

Web 3.0, on the other hand, transmits data across a decentralized network and hands ownership of the system over to its users. In addition, Web 3.0 education emphasizes the personal empowerment of users as opposed to the growth of communities. It’s pretty remarkable. Then why should we wait? Let’s delve a little deeper into this read-write-interact web, shall we?

What exactly does ZKP provide to Web3?

Web3 is going to rely on a lightning-quick and trouble-free blockchain user experience. It’s almost a given that this kind of experience will entail rollups in order to achieve a scale of mass-adoption, but it’s still important to note. Given all of the significant advantages that ZK-rollups (such as Loopring, Starkware, zkSync, Aztec 2.0, Polygon Hermez, and zkTube) possess, they are well-positioned to deliver this kind of user experience. Validity proofs and SNARKs, which are utilized in zk-rollups, provide secure, decentralized transactions with quick verification (which translates to instant transfers and withdrawals to layer 1), but they also offer savings on space.

The phrase “zero-knowledge” is familiar to most people due to ZK-Rollups, which are making headway in the Ethereum scene.

Web3 development depends on a streamlined and unobtrusive user experience to achieve mass adoption. Still, the processing of transactions on Ethereum is slower because Ethereum is a decentralized platform. Additionally, the consensus mechanism and the process of propagating any change to the network’s state can be computationally intensive.

Building a Layer2 network to process the computation allows for scalability to be realized. As a result, L1 intelligent contracts need to validate the impact of the calculation. A mutual validity proof will be present for a batch of L2 transits rolled up into one transaction as part of a ZK-Rollup solution. This transaction will also include other forms of information. Confirming the proof is equivalent to verifying each transaction included in that batch. This is the fundamental principle behind the ZK-Rollup.

There are a lot of various scaling options in terms of technological design, such as Plasma, State Channels, Validium, and Optimistic Rollups. Still, one may argue that ZK-Rollups have unparalleled overall advantages in terms of security, finality, throughput, and decentralisation.

The terms “trust” and “privacy” go hand in hand. Your identity is often given to the company providing the service. However, your identity may differ depending on your website; for example, some services integrate Google or Facebook, while others demand personally-identifying information. However, under Web3 development, you are expected to have complete control over your identity although the service provider owns the data in question and stores it.

We are all aware that with zero-knowledge proofing technology, one can demonstrate a point without divulging any specifics. For example, when you log in to an account, you will be prodded to enter a username and password, and the server will then correspond the information you provided with the data it has stored locally. But if you use zero knowledge, all you have to do is produce a ZK Proof, and the platform will never be able to figure out your actual password.

Computing with zero knowledge and blockchain technology adds additional privacy, ensuring that sensitive information is never shown in its unencrypted form. In the Web3 of the future, zero knowledge will be an essential component of adequate privacy protection.

The safety of assets during blockchain technological transactions is the most significant concern. People who are new to cryptocurrency may have the misconception that our assets are not guaranteed because the role of authority (in the form of a “guarantor”) no longer exists.

In point of fact, the blockchain technology not only guarantees that our assets are only handled by ourselves (non-custody), but it also reduces the risk involved because the ledger is stored in several nodes. In addition to this, zero knowledge contributes to an additional improvement in the security level in the following aspects:

Though the ZKP framework was created in the 1980s by MIT researchers, it has seen only modest adoption. However, ZKPs have recently been implemented by developers in order to increase the privacy and security of cryptocurrency transactions by limiting the amount of publicly available data on the blockchain. The ZKProof effort is one group working toward widespread adoption and standardization of ZKP technology by bringing together programmers worldwide.

The identity of individuals can be confirmed with the help of zero-knowledge proofs. Suppose two forms of identification are needed for two-factor authentication (2FA), such as a social security number and a driver’s license number. In that case, a ZKP algorithm can combine relevant information from each and calculate the likelihood that a user is statistically who they say they are. This method allows the user to verify their identification to the system without revealing their complete social security or driver’s license number.

Users can securely communicate complicated documents using the combination of ZKPs and blockchain technology. ZKPs can encrypt data in fragments; this gives users the ability to manage certain blocks and the visibility of the information contained inside them, thereby granting access to some users while denying it to others.

Zero-knowledge proofs provide a safe means of validating information involved in completing bitcoin transactions and verifying users’ identities, all while concealing any private information that might be affected. ZKPs are more user-friendly than other cryptographic solutions since they employ straightforward algorithms and don’t call for any form of communication between the parties engaged in a transaction.

It is very likely that we will witness an increase in the usage of ZKPs and that they will become a vital component of blockchain technologies as blockchain developers learn to recognize ZKPs for their potential to promote trust and confidentiality in the realm of cryptography.