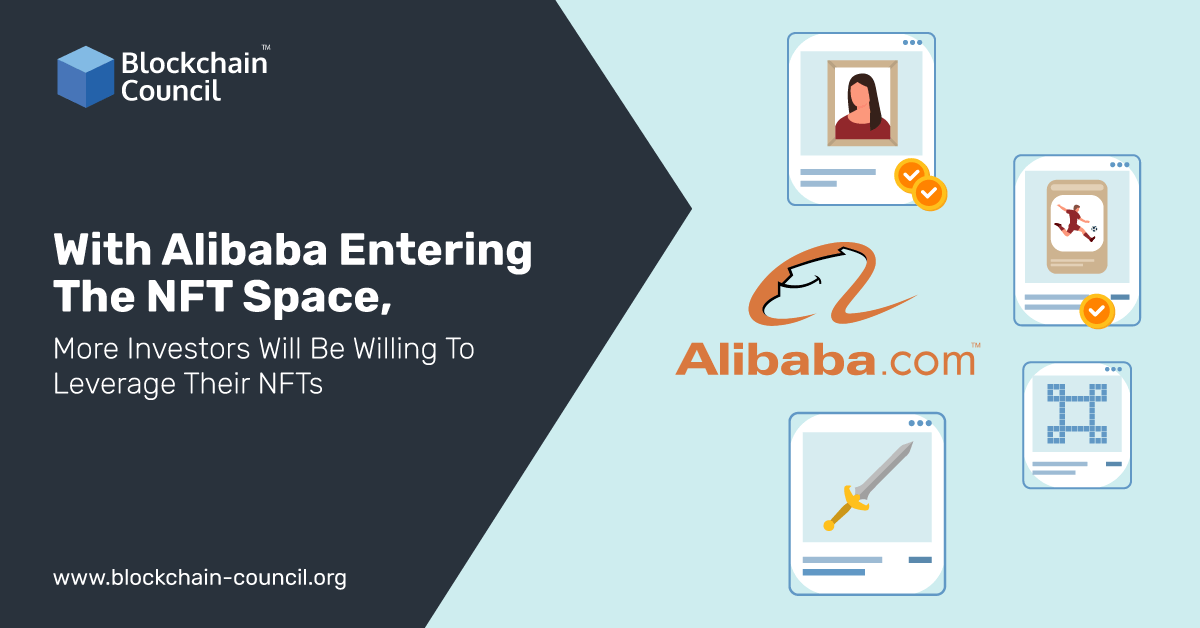 The Chinese e-commerce giant Alibaba had shocked the world and especially the global crypto community when they announced that they are launching their own Non-Fungible Token or NFT Marketplace. The South China Morning Post reported that the NFT Marketplace launched by Alibaba not only allows buying and selling of NFTs but it is also capable of licensing intellectual property (IP) which have been copyrighted by Blockchain technology. The Alibaba NFT marketplace is eyeing creative individuals such as writers, musicians, game developers and artists.

A market worth billions of dollars

The NFTs that will be sold on the auction marketplace owned by Alibaba, will be minted on a platform termed as the “New Copyright Blockchain” which is in turn operated by the Blockchain Association Committee of Sichuan.

It is a fact that even though the Chinese government has led several crackdowns on cryptocurrencies, they undoubtedly maintain a bullish stance on blockchain technology. Many experts are of the opinion that by allowing Alibaba to launch the NFT marketplace, the authorities in the Chinese government are facilitating the integration of this technology into various different industries all at once. The reason for them to do this is because the Chinese government officials believe that this will enable them to achieve their dreams of becoming the global blockchain power by the year 2025.

Experts are of the opinion that Alibaba has introduced themselves in a crowded sector but it is albeit a rapidly growing and developing one. The marketplace would be facing stiff competition from major players in the NFT space such as NFTically, OpenSea, Makersplace, Rarible and others. The e-commerce giant will be doing their best in trying to dominate the NFT space by bringing the technology to the masses.

According to a report by DappRadar, the sales volume of the global NFT space skyrocketed from a mere $13.5 million during the first half of the previous year 2020 to an astounding $2.5 billion within the first half of this year. As the global NFT ecosystem continues to evolve and grow in terms of adoption rates and sales volumes, it requires a more sustainable way in the future to make sure that these digital assets are being utilized in the most productive of ways.

Getting NFTs to Work

With an exponential increase in the number of people gaining access to Non Fungible Tokens, there is an impending necessity to make sure that these digital assets are put to proper utilization. A compelling thing about NFTs is that once an individual has sold his or her NFTs, then it becomes extremely difficult to get them back, which is why investments made in NFTs are better made for a longer period of time.

Many people around the world are interested in purchasing NFT collectibles so that they can make great profits when they sell them later. But what if someone is not really interested in selling their cherished NFTs? What if someone decides to access all that financing opportunities without going through the hassle of selling those NFTs which he or she possesses?

Surprisingly and fortunately, there are such marketplaces that facilitate by giving out trustless loans in exchange for the NFTs and also provide returns on the ones that are sittle idle. NFTs can be deposited in exchange for liquidity on these markets. The ones who are lending money can do this effortlessly because even in the worst-case scenario, such as a foreclosure, they would simply receive the NFT that was primarily placed as collateral. Individuals who are willing to look for yield can easily supply liquidity to the pools that are lending NFTs and that way, they will be able to support the assets they have faith in.

Drop is an example of such a marketplace where individuals are allowed to borrow money in exchange for their digital assets and also get returns on the assets that are just sitting idle. There are some NFT owners who also rent out their assets in exchange for a fee. Platforms such as Flow and Yield Finance have these facilities for rent on their platforms as well.

With the broadening scope of NFTs, it is likely that they are going to expand beyond art and collectibles in just a matter of time. This growing popularity of this technology has sparked interests amidst investors in yielding liquidity in exchange for holding their beloved NFTs for a considerable long period.