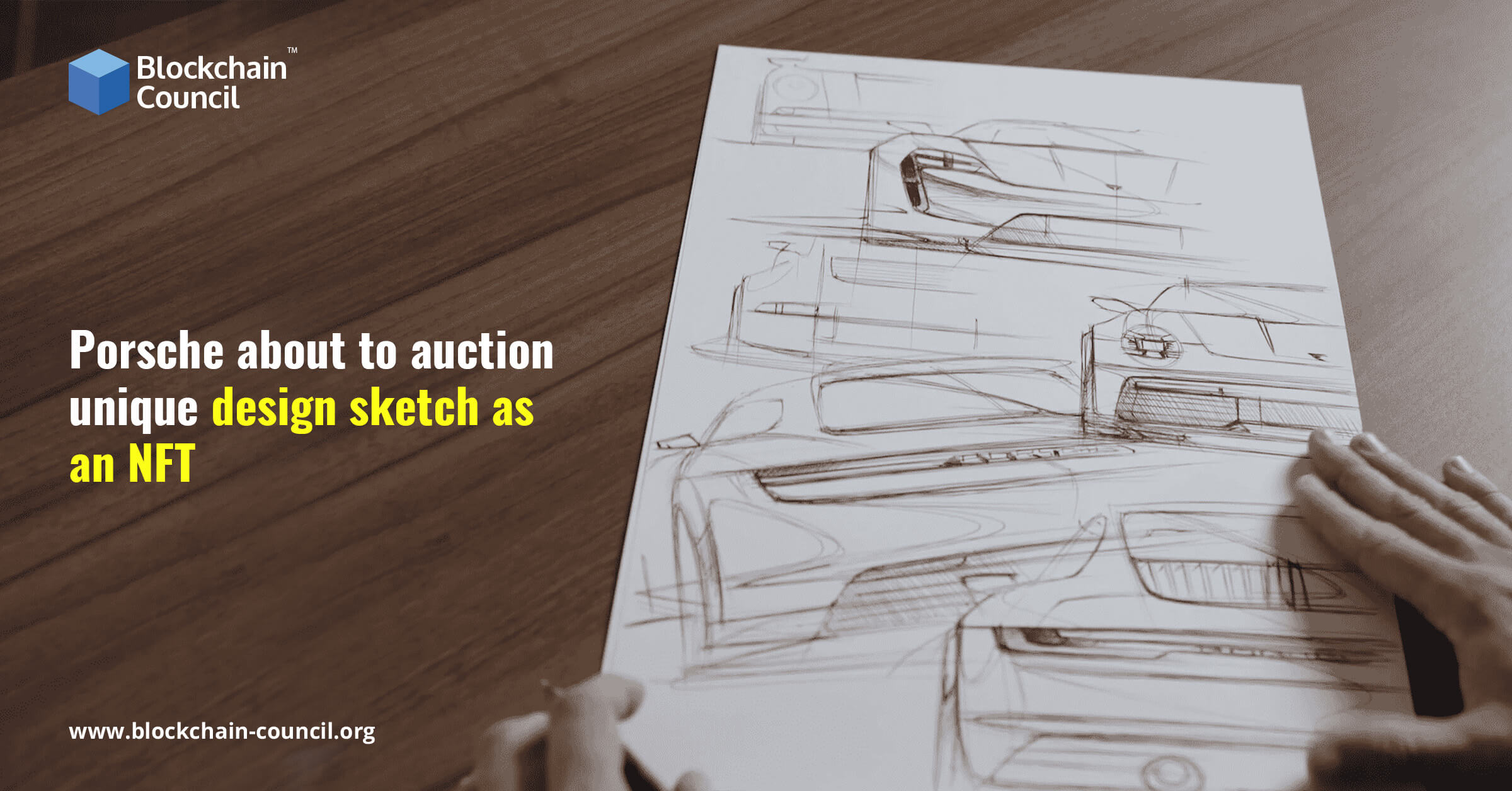 Porsche Germany is undertaking a pilot project in relation to digital assets that cannot be copied, which are also popularly known as Non Fungible Tokens or NFTs. Between the 2nd and the 6th of August, fans of Porsche and other collectors will have the incredible opportunity to purchase an exclusive sketch of a car design by none other than Peter Varga, who is the Director of Exterior Design in Porsche. The design will be available in the form of an NFT on the American Platform known as SuperRare. 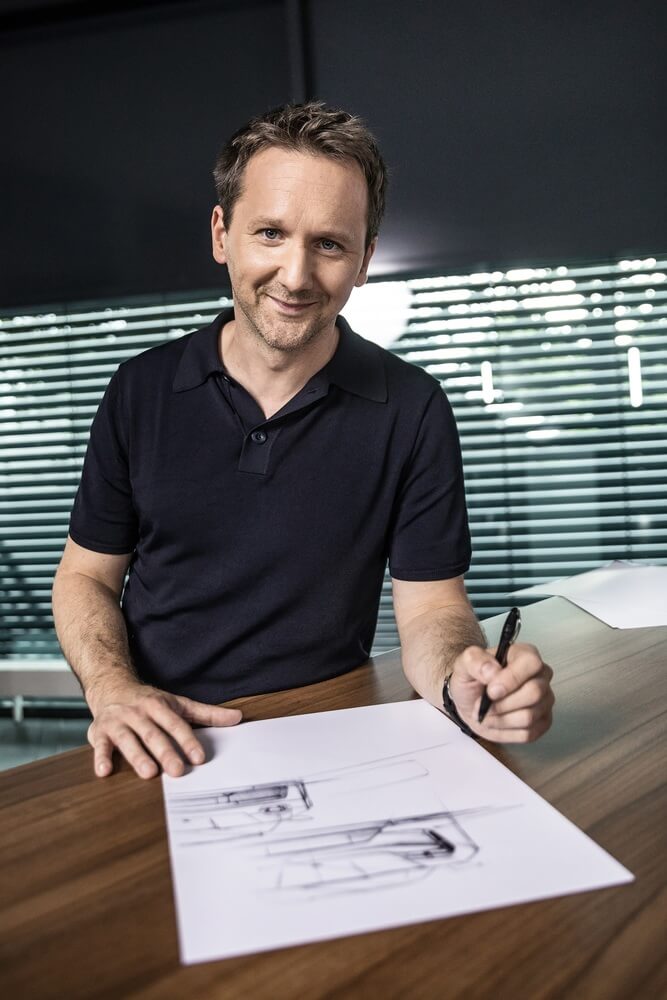 The unique feature of this auction is that the design will be available in the form of a digital asset or an NFT, but at the same time it will also be available as a physical asset. The total profits which will be collected from the auction will be donated in charity to a non-governmental organization named Viva con Agua. Porsche Digital, which is a subsidiary of Porsche, has supported the first NFT venture of the company. In a similar manner, their initiative has also been supported by Fanzone, which is a recent technology startup serving as an NFT based platform for digital trading cards.

Alexander Pollich, CEO of Porsche Deutschland, stated that this initiative that Porsche has taken through using NFTs is exemplary of the pioneering spirit of the world famous company and an indicator that they are constantly trying to tread on uncharted territory. He also mentioned that with the help of this NFT based initiative, Porsche will be able to address their existing fans who are often avid and passionate collectors of the brand, as well as fans and younger generations of the society who already have a high propensity and inclination towards digital trends. Pollich mentioned that what was most pleasing for him was the fact that this entire initiative was developed as an internal process and was then successfully executed within the span of a few months. 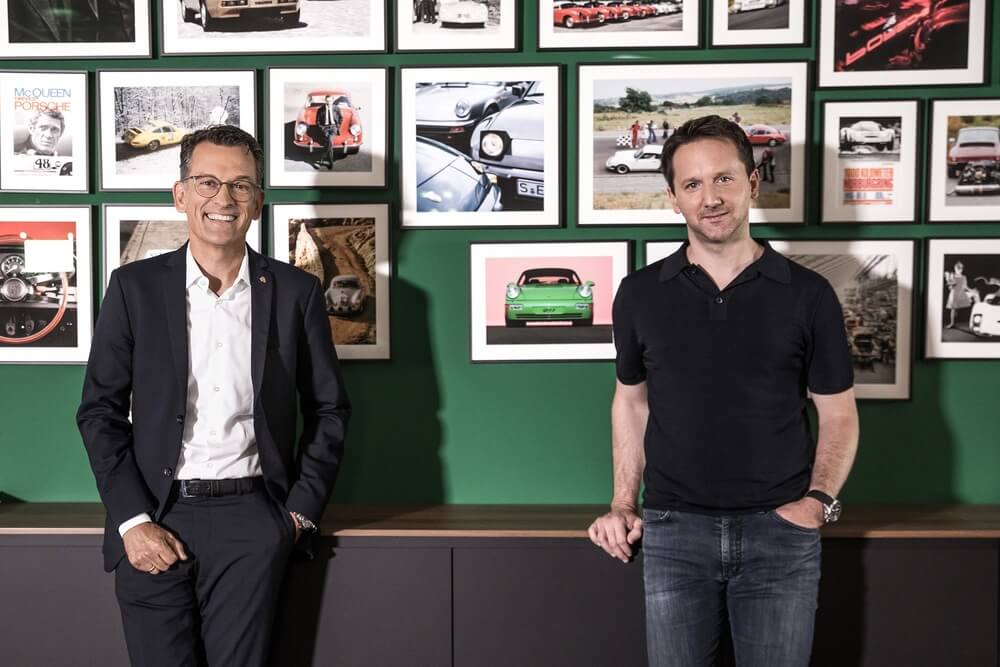 Peter Varga, the genius designer and also the Director Exterior Design Porsche says that this was a completely new experience for him; to draw a design that would be traded online as a digital asset. The sketch design is a combination of the two iconic models of Porsche, named the Taycan Cross Turismo and the famous 911. He described that the idea behind this design was to achieve a successful integration between one of the most iconic car designs of the company till date with the youngest member of the globally acclaimed car manufacturing company. He added that he is very excited and thrilled to see the kind of response the digital collectible generates among the fans and participants at the auction.

Non Fungible Tokens or NFTs are made possible with the use of blockchain technology, and it is a fact that they relate to a single specific asset. As a result, what this means is that a non-fungible token is basically a representation of a digital ownership of an item that is unique and exclusive. The technology allows the digital assets to be traded, bought, sold or simply stored in any of the virtual wallets that are available online. Up until this day, non-fungible tokens have been used primarily in the domain of digital collectibles and crypto arts, with a diversified portfolio of digital assets ranging from graphic designs, still images, videos, audio recordings and so much more.

A Platform for Trading Cards built on Blockchain

This entire project is being conducted by Porsche in association with Fanzone. A business unit of Porsche Digital Gmbh, also termed as the company builder Forward31, had helped in founding the Berlin-based crypto startup in the month of June, 2021. Fanzone is a small company which operates entirely online and serves as a platform where interested individuals can collect and exchange digital player trading cards in the form of non fungible tokens or NFTs. The platform also allows the users to earn profits when the valuation of the cards increases. Fanzone also uses blockchain technology in order to make sure that the rarity, identity and exclusivity of the items that the collectors are holding, is maintained while providing perfect safety and security to the assets.

Viva con Agua is a non profit organization that was founded in Hamburg in the year 2006 and their goal is to provide hygiene and clean drinking water along with proper sanitation systems to the underprivileged sections. Keeping true to their objective, Viva con Agua supports several water projects all around the world, for instance in countries like South Africa and Uganda. The motto and vision of the non profit organization has been summed up as “water for all – all for water”. Taking care of these sustainable development initiatives requires a lot of financial support and in order to generate their revenue, the organization frequently hosts auctions and also relies on traditional funding and donations.

The Topmost Blockchain Companies Operating in 2021
Scroll to top