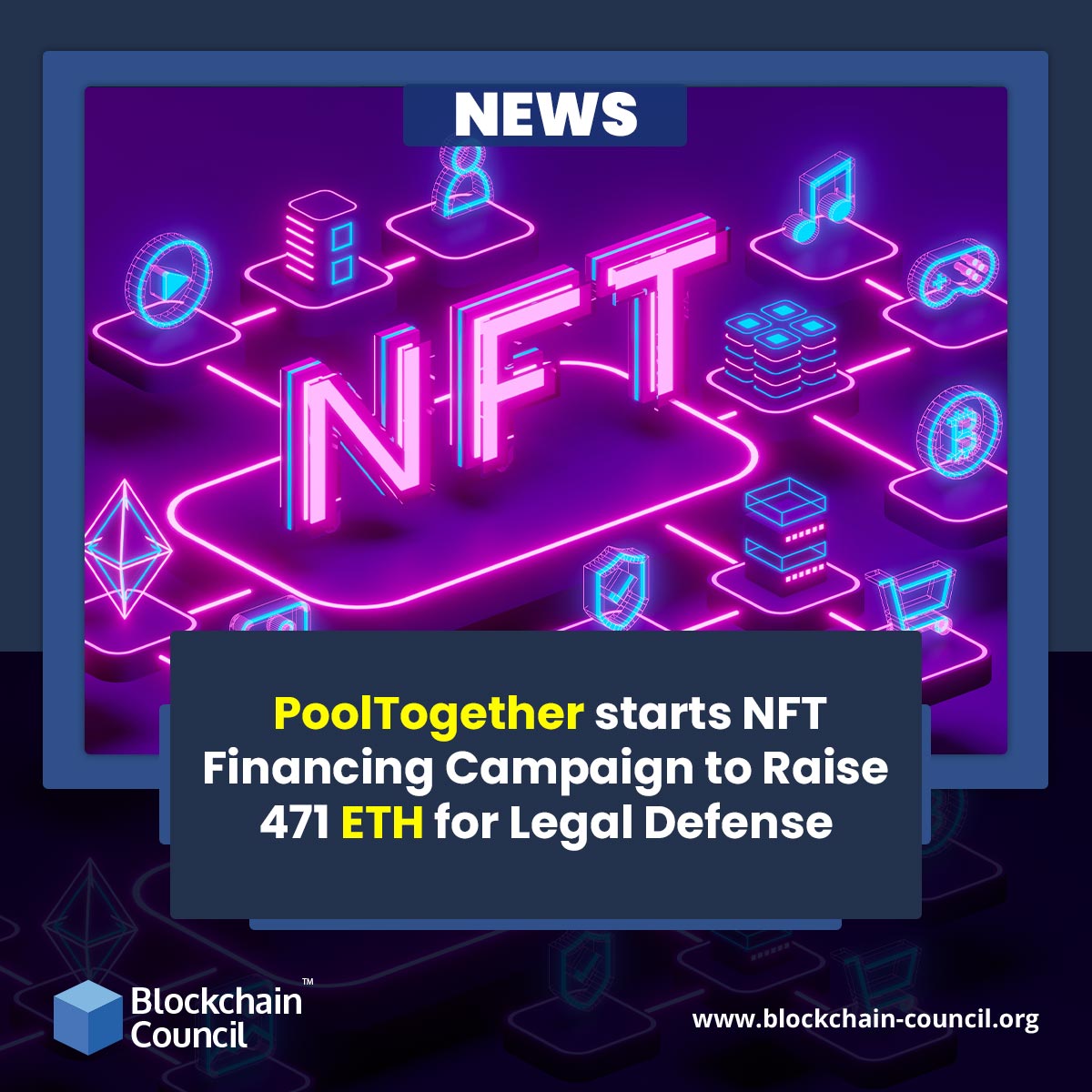 PoolTogether, a DeFi platform that bills itself as a “no-loss lottery,” has earned 470.90 Ether (ETH) through NFT sales to support its legal defense against a putative class action lawsuit.

PoolTogether is now more than halfway to its target of raising at least 769 ETH (approximately $1.5 million) to fight a lawsuit it claims has “no merit.” Before the NFT financing campaign concludes, the platform has another 21 days. Routing to its NFT minting page, it stated:

The ex-technological head for Senator Elizabeth Warren’s 2020 presidential campaign, Joseph Kent, lodged a lawsuit against the initiative, its originator Leighton Cusack, and all those related to it in January after depositing around $12 worth of stablecoins into the protocol.

Kent claims that PoolTogether is running an unlawful lottery in New York and that the platform “may never deliver a positive anticipated value” since it keeps up to 50% of each weekly win as a reserve, according to an updated lawsuit filed in February.

Kent is seeking compensation equal to double the amount he spent on lottery tickets in PoolTogether, as well as twice the fair amount of attorney’s fees and legal costs.

PoolTogether promises to be able to offer risk-free lotteries on stablecoin deposits by generating interest with the money of ticket purchasers and liquidity providers using DeFi lending protocols.

The lottery winner receives the majority of the proceeds, while the runner-ups receive a smaller portion. All other participants will be refunded in full. According to PoolTogether’s website, the company presently provides weekly rewards totaling $80,436 across its V3 and V4 pools.

PoolTogether stated that the “allegations lack substance, but a detailed defense is still required,” citing a January Wall Street Journal story that stated that the case looks to be “a purposeful effort to put some of the DeFi community’s key ideas to the test.”

Several influential players in the sector, including managing partner a16z Chris Dixon, have contributed to the idea by acquiring one of several 75 ETH judge NFTs available.

The complainant also expresses a dislike for cryptocurrency in general, which might explain why the community has united around PoolTogether. Kent is “gravely worried” that the cryptocurrency business is “accelerating climate change and allowing people to avoid financial restrictions and swindle customers.”

The Blockchain Council’s broad certifications are for you if you want to learn everything you can about cryptocurrencies and blockchain technology. Students get objective and practical knowledge in a clear and straightforward manner during the sessions. They’re inexpensive and give you direct access to a fast expanding market.
If you want to keep up with the trends of blockchain industry, join our communities on Discord, Reddit and Telegram.

What Is Wormhole and How Does Wormhole Work?
Scroll to top