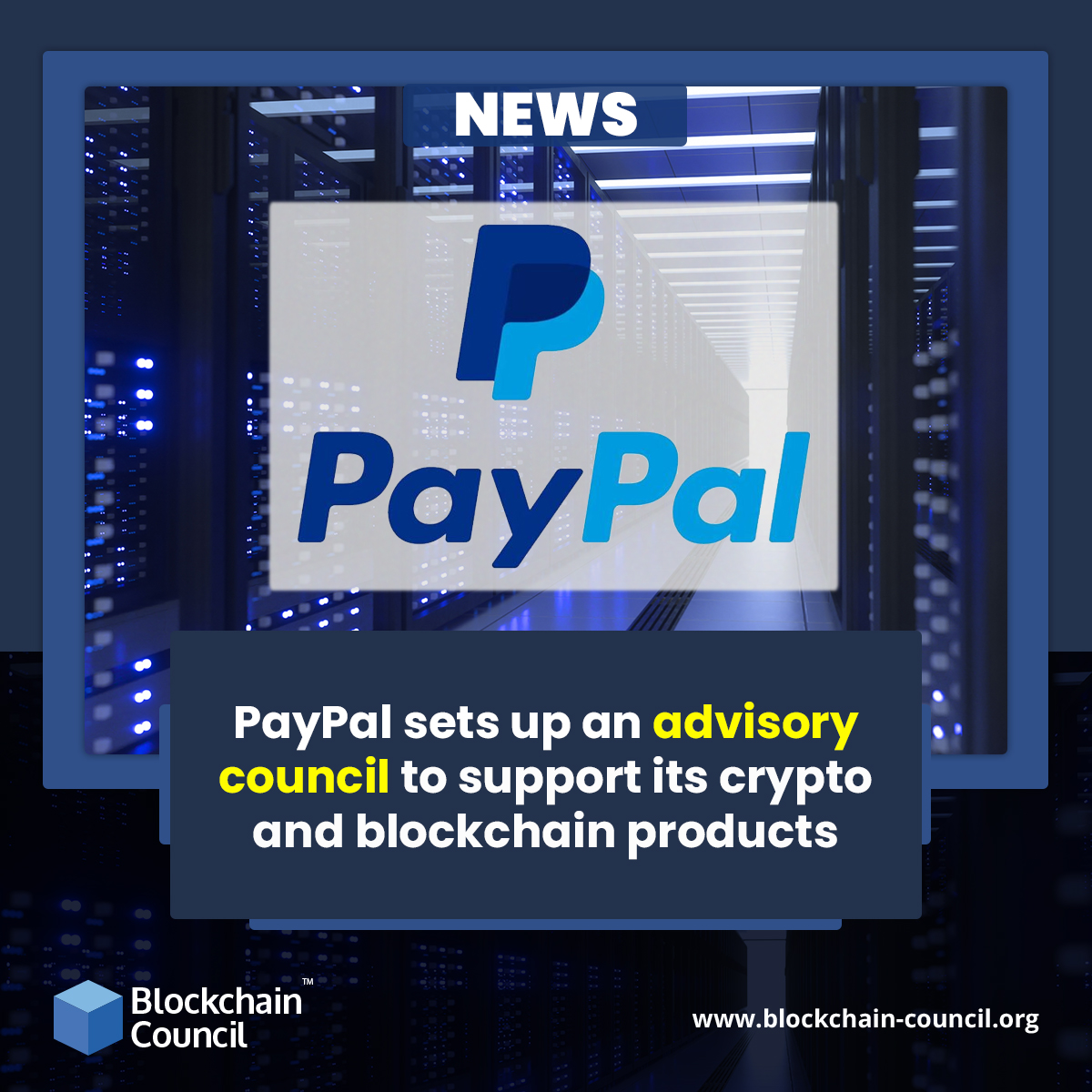 Where the global economic cluster is fast integrating cryptocurrencies in its core structure, payment giant PayPal has played a strategic card to explore the decentralized asset industry. Hailing from the United States, PayPal has announced plans to establish an advisory council of experts to diversify its efforts across the crypto and blockchain sector. Undoubtedly, PayPal takes pride in being one of the biggest and globally trusted payment processing channels that allows millions of users to settle payments across boundaries in a safe and transparent environment.

According to the official announcement, PayPal’s Blockchain, Crypto, and Digital Currencies advisory council will witness the inclusion of six members who will help to support the company’s vision and mission. The team would play a significant role in expanding the current as well as a future portfolio of products thus promoting an inclusive digital financial infrastructure for the investors.

All the six members possess a wide experience in the crypto and blockchain niche concerning the business or regulatory perspective. Peter Briger was involved in advising Japanese giant, Softbank Group’s founder Masayoshi Son in investing millions in Bitcoin right before the 2017 bull run. Goldwasser was reportedly a group member of a research team at MIT. The group was the first to present the idea of zero-knowledge proof as an encryption plan before the crypto intrusion. Neha Narula was the chief authority of a project that was focused to help the Federal Bank of Boston in creating a native digital currency for widescale consumer use.

The chief of Commodity Futures Trading Commission, Timothy Massad served as the CFTC head from 2014 through 2017. He advocated the approval of an ETF product by regulators for promoting crypto expansion. Professor Chris Brummer was a popular candidate for CFTC chief, however, the government later officially nominated Rostin Behnam for the post.

The official announcement, however, did not clearly highlight if the advisory panel will help PayPal in foraying into blockchain and crypto. In October 2020, PayPal allowed crypto purchases for users in the United States and soon expanded the service to millions of its merchants from across the globe. The company is looking forward to launching its native stablecoin project under the name PayPal Coin for investors.