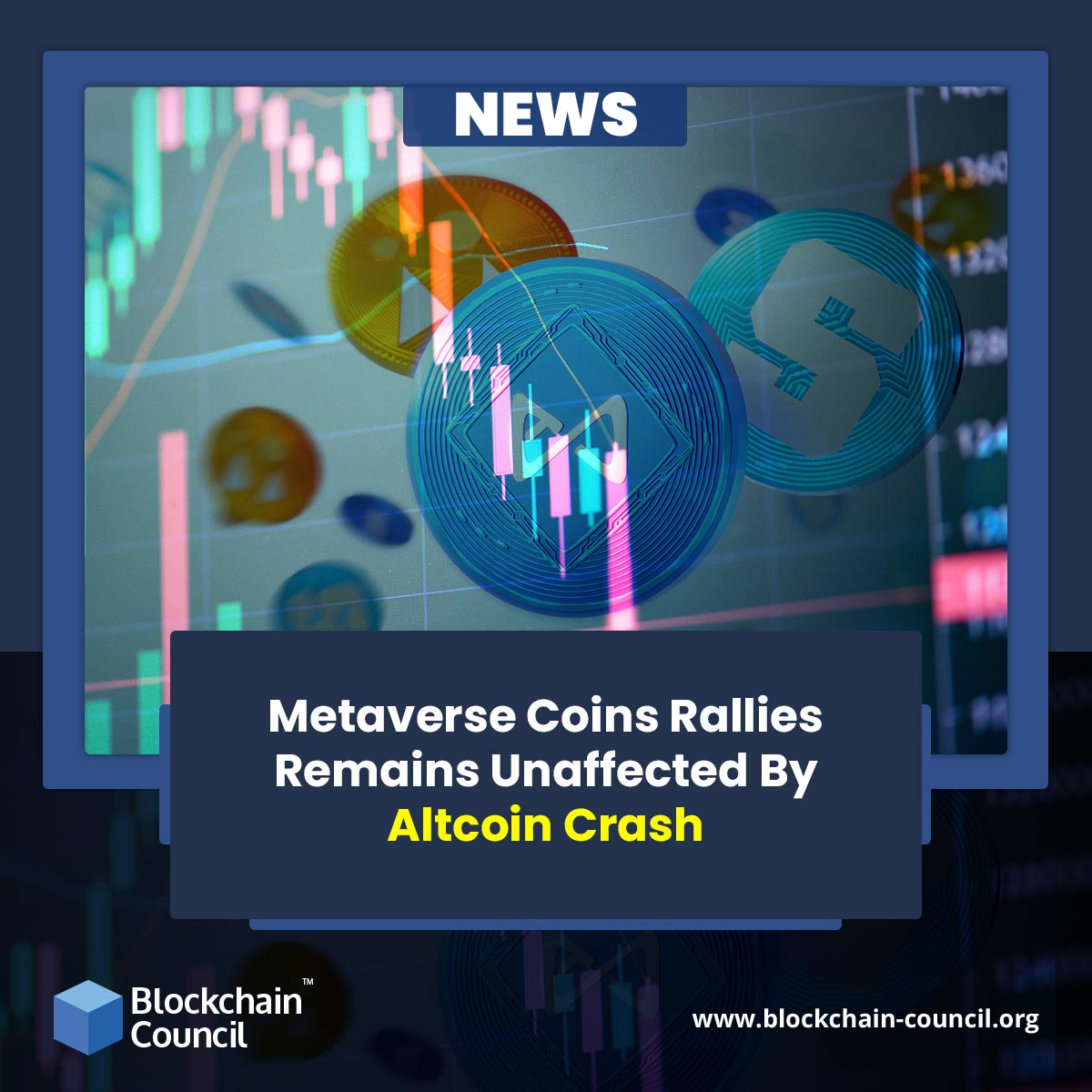 In the current bear market, Metaverse tokens have beaten every other crypto category, increasing 400% year over year.

According to statistics from Kraken Intelligence and CoinGecko’s May 2022 market analysis, STEPN (GMT) is up 746 percent, Axie Infinity (AXS) is up 511 percent, Sandbox (SAND) is up 470 percent, and Decentraland (MANA) is up 41%.

💥 The #NFT boom of 2021 has not only drawn mainstream attention to digital art investments, it has also popularized the crypto metaverse.

Kraken Intelligence's report takes a closer look at how the crypto metaverse will change the way we communicate: https://t.co/kjrf6Pu8yg pic.twitter.com/YHpljpBJR9

The second greatest category for year-over-year increases was exchange tokens, which increased by 6%. In the same time span, all other categories witnessed negative price movement, ranging from -13 percent for Bitcoin to -72 percent for DeFi.

Nonfungible tokens (NFT) and Metaverse platforms have continued to thrive in popularity in blockchain-based gaming up to now in 2022. According to data from DappRadar (a decentralized app tracker), subscribership across those games has stayed stable at around 1 million users per day despite pricing reductions throughout the sector.

According to the Kraken study, despite the fact that daily users remained stable in May, “NFT volume experienced a massive decline with daily volume plummeting -87.1 percent.”

Every category analyzed by Kraken’s study, including Metaverse and exchange tokens, has had negative returns over the preceding 30 and 90 days. In the previous 30 days, Metaverse coins have been among the worst performers, losing 42 percent and having the worst volatility at 173 percent.

Despite the short-term price movement, money is flooding into the sector to finance it. According to DAppRadar’s Q1 games report, $2.5 billion was funded in the first quarter of 2022 to support blockchain games and Metaverse initiatives. Investors were willing to finance games, according to the research, because gaming DApps accounted for 52 percent of all blockchain activity:

“At this rate, play-to-earn and Metaverse-related ventures will generate $10 billion in revenue this year, ensuring the industry’s survival.”

If you want to discover all there is to know about cryptocurrencies and blockchain technology, the Blockchain Council’s comprehensive certification program is for you. During the courses, students obtain objective and practical information in an easy-to-understand way. They’re affordable, and they give you direct access to the burgeoning bitcoin market.

What is Axie Infinity? The Most Comprehensive Guide Ever
Scroll to top