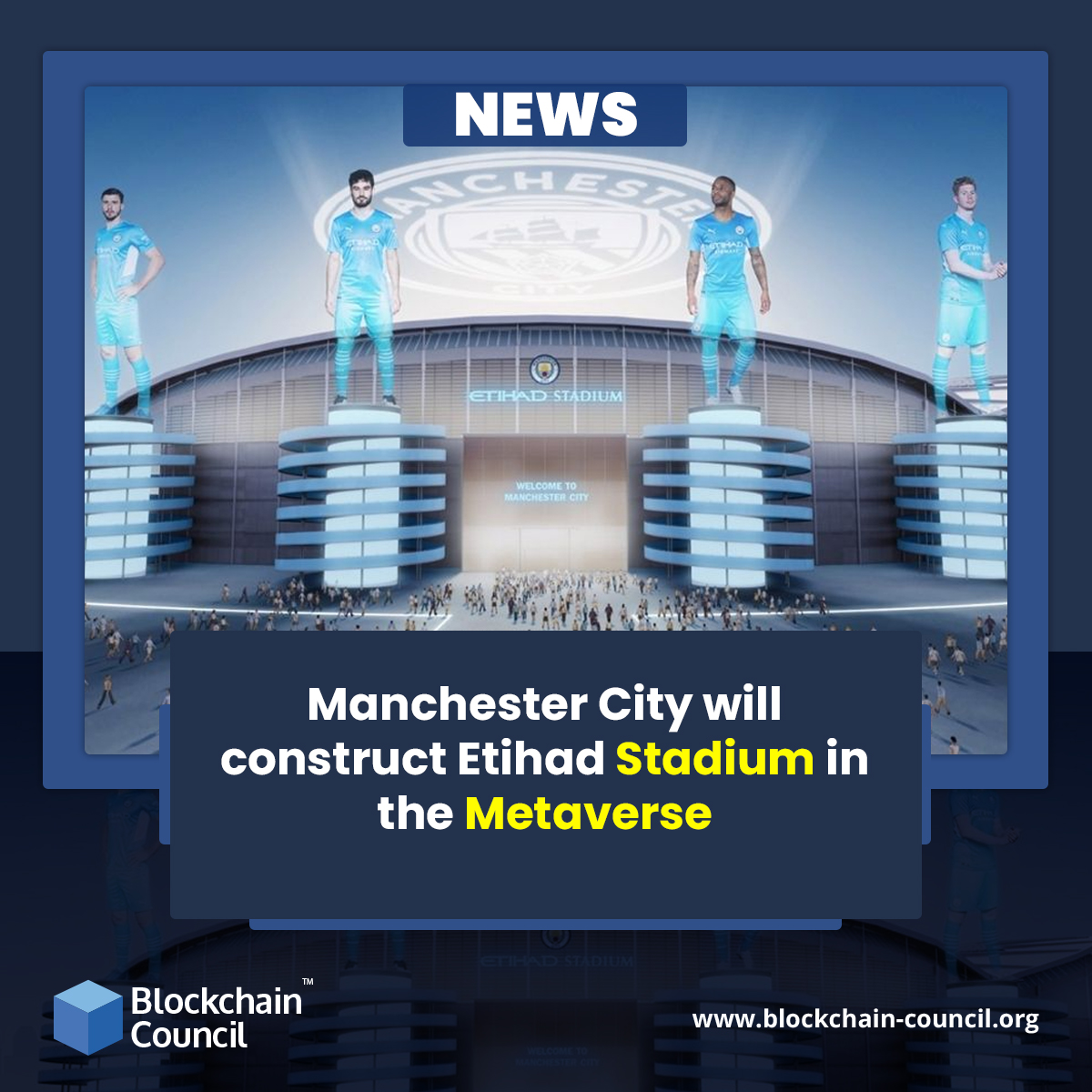 Ever since the start of 2022, we have seen tremendous growth in the popularity of Metaverse with music, sports, and gaming industries foraying into the virtual space with innovative projects. Following the trend is renowned Football Club, Manchester City which is creating a replica of the Etihad Stadium in the virtual world of Metaverse technology. The highly-anticipated project will be turned into reality by Manchester City in collaboration with its new partner Sony, the Japanese conglomerate specializing in user-friendly electronic products.

On February 18, 2022, the premier league champions announced that the team has locked a three-year-long deal with Sony to expand its operational capacities through technological prowess. The agreement will allow virtual reality experts to use image analysis and skeletal tracking tools wired from subsidiary concern, Hawk-Eye. With a 53,400-seating capacity, Etihad Stadium is the home of the Manchester City Football Club. It is the fifth-largest in the Premier League and the tenth-largest in the United Kingdom. Now, with the new venture by Manchester City and Sony, Etihad Stadium will emerge as the first football stadium to enter the Metaverse world.

With its Metaverse plan, Manchester City is looking forward to opening a new form of virtual entertainment for fans that are still reeling under the plight of COVID-19 travel restrictions. The viewers will enjoy an exclusive experience of watching their favorite players compete for the winning titles at their comfort. The innovative, immersive, and intuitive Metaverse interface will allow spectators to enjoy the game in a real-like setup giving the feel of an actual stadium environment.

The virtual Etihad Stadium project will pull down all the geographical limitations for fans willing to watch their favorite team on the football ground. They can cherish the match in a live session or in a recorded mode as per their will using the Metaverse technology. The chief marketing officer of the football group, Nuria Tarre elaborated the vision of the firm for the virtual project. The team believed that Metaverse will help the fans to recreate the game, watch it live, and experience the action from different angles. The technology will allow them to accommodate as many people as they want in the virtual stadium.

The Hawk-Eye firm has always strived to enhance the sports experience for fans and related companies. With replay technology, the officials get a fair chance to make in-game decisions in real-time easily. Its visualization tools will recreate the dimensions of the stadium within the Metaverse. The venture will allow fans from across the globe to have better connections with the team and the stadium. The Manchester City project might emerge as a catalyst for rival teams like Liverpool FC and Manchester United. Recently, Manchester United entered into a pact with Tezos to explore the Web3 ecosystem through crypto and digital products.