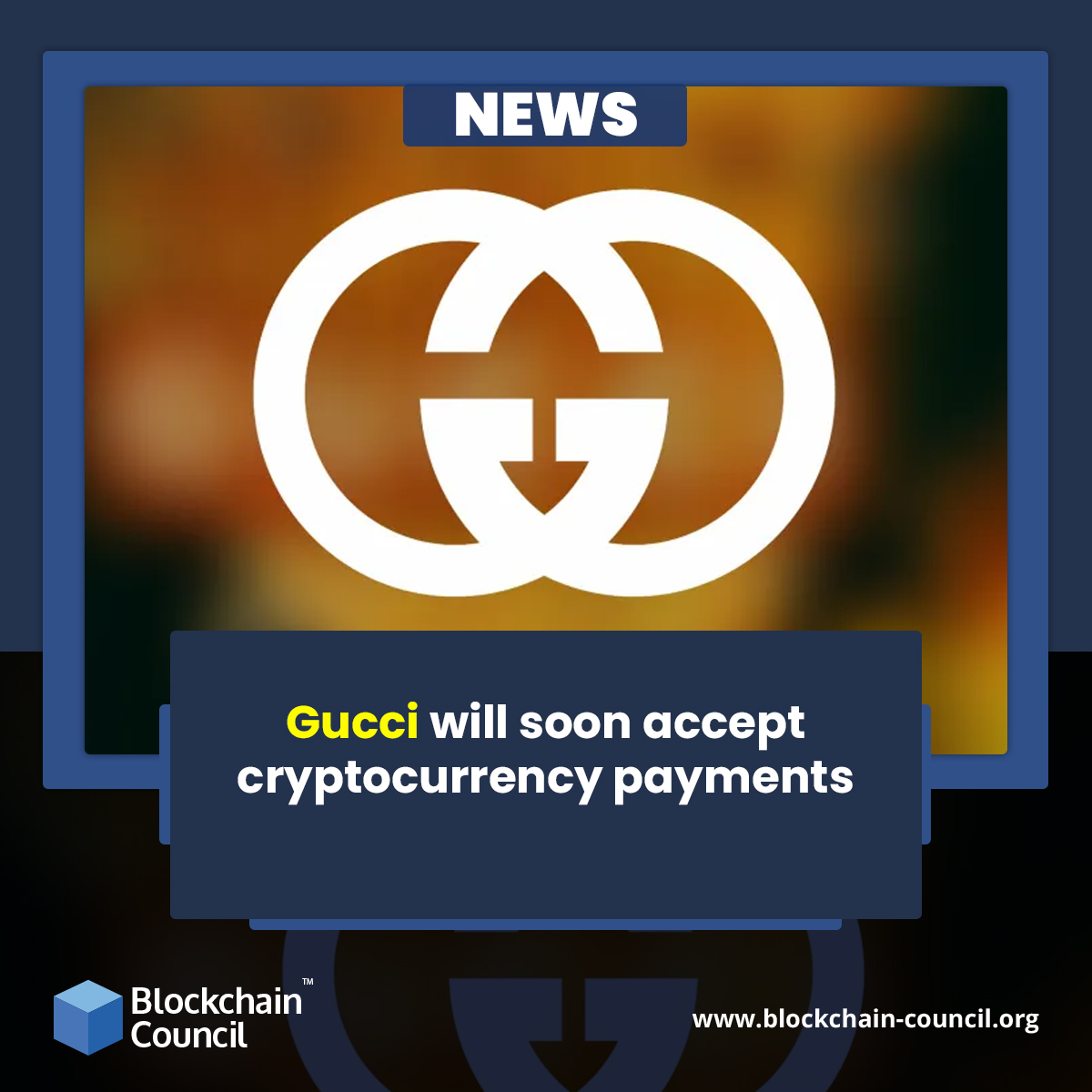 Below mentioned are the five attractions that accept cryptocurrency payments currently.

These are the cryptocurrencies that are supported by Bitpay, a notable crypto payment processor that also accepts GUSD, USDC, USDP, DAI, and BUSD stablecoins.

“Gucci is constantly eager to adopt new technologies when they can give a better experience for our clients,” said Marco Bizzarri, president and CEO of Gucci. He continued, “Incorporating cryptocurrencies into our payment system is a logical progression for clients who want this option.”

By the summer, all of the design house’s directly-operated North American locations will accept crypto payments, according to Vogue Business.

Gucci has been stepping up its efforts in the non-fungible token (NFT) and Web3 space. A Web3-focused team was recently formed, and a few NFTs were issued.

In relation, the luxury brand is establishing itself in the metaverse. The Sandbox is constructing digital real estate. The two firms earlier stated that they will partner to develop a dynamic fashion approach that relies on Vault.

Cryptocurrency is getting grandeur

High-end businesses and brands have started giving their debut in crypto and Web3 space. Another chic brand named Off-white began taking 6 cryptos as deposits for the purchased products at its flagship stores in several European Cities. This came into action in the month of March 2022.

LVMH, which holds the majority of Off-White, has seen its share of Web3 adoption in the past, launching NFTs under its Hennessy, Bulgari, and Louis Vuitton brands.

Hublot, a premium watch company owned by LVMH, produced a sizable selection that could only be bought with Bitcoin. In the month of February, the company collaborated with cold wallet provider Ledger to release a collectible watch and the Ledger Nano X.

Even auto dealerships and manufacturers are taking digital assets for high-end cars. Some of the top watchmakers, as well as Fashion designer Phillipp Plein, also take bitcoin.