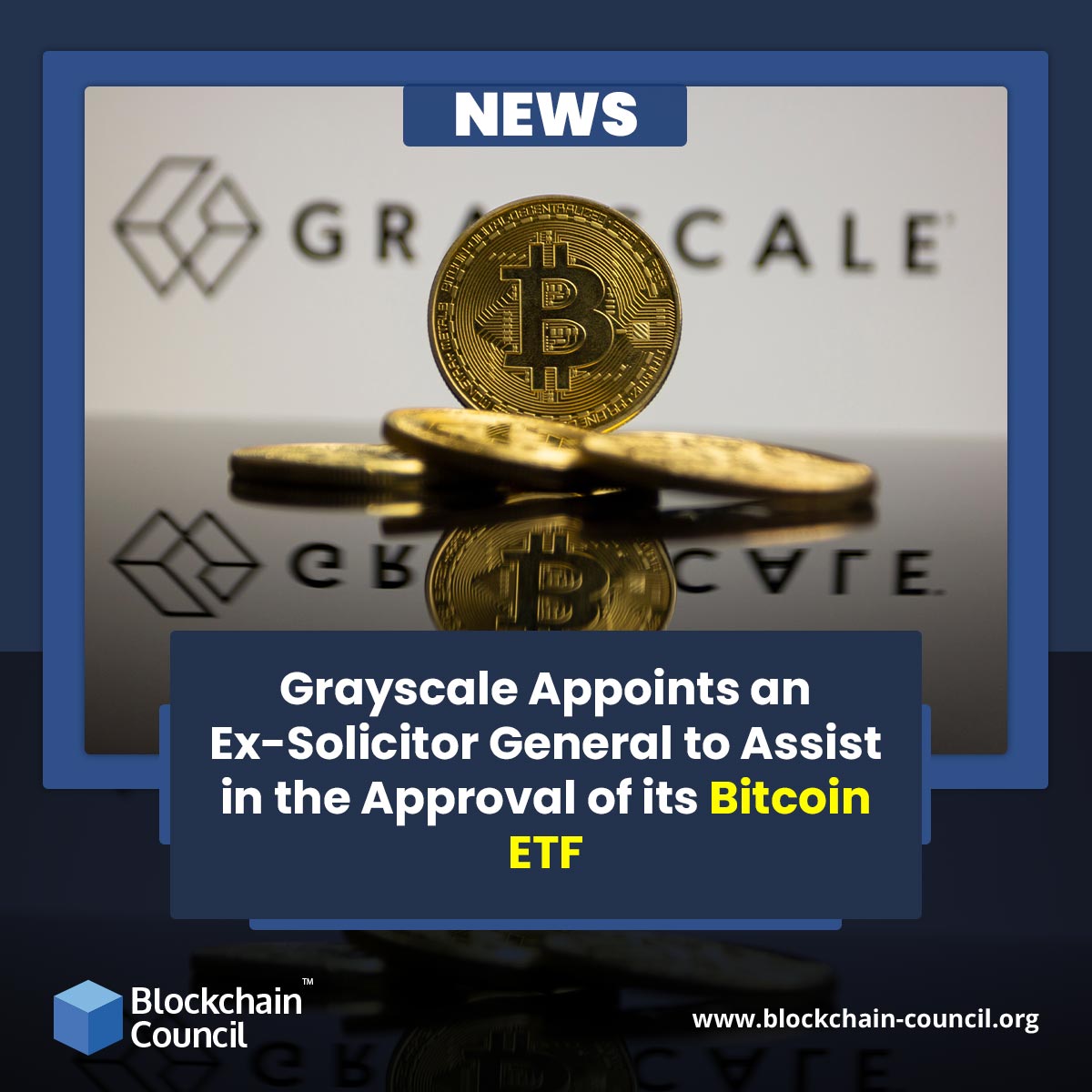 Grayscale Investments have appointed a former United States Solicitor General in anticipation of a legal battle with the SEC (Securities and Exchange Commission). This move was made in consideration of the company’s plea for a spot Bitcoin (BTC) exchange-traded fund (ETF) being refused on July 6th.

The SEC has postponed its ruling many times, most recently in December and February. On July 6th, a final judgment on the application is expected.

Since filing its application on October 19th, 2021, the business has been waiting for the SEC to decide whether to convert its flagship $19.8 billion Grayscale Bitcoin Trust (GBTC) into a spot-based ETF.
Adding such legal strength to Grayscale’s legal team is a “bold move,” according to Jake Chervinsky, head of policy at the crypto advocacy organization Blockchain Association, and the SEC would have very little chance of “enduring a court battle” if it rejected approval now.

The SEC's deadline to approve or deny the application to convert GBTC to an ETF is July 6. No doubt, it should be approved. I don't see how the SEC survives a legal challenge if not, especially one led by Don Verrilli.

Grayscale CEO Michael Sonnenshein told a renowned tabloid in March that if the financial regulator rejects his company’s request for a Bitcoin Spot ETF, he plans to sue under the Administrative Procedure Act (APA).
He’s been a loud critic of the commission, which authorized crypto futures ETFs in October 2021 but has yet to approve a spot ETF counterpart.

Donald B. Verrilli Jr., the most recent hire, is a retired U.S. Solicitor General who served in President Barack Obama’s cabinet for five years, from 2011 to 2016. He is presently a partner with Munger, Tolles & Olson in California, where he created the firm’s Washington, D.C. office in 2016.

Grayscale clarified on Twitter that he had been engaged in more than 50 cases before the United States Supreme Court, including some that dealt directly with APA breaches.

As we enter the final month before a response is due on our application to convert $GBTC to an ETF, we have retained Donald B. Verrilli, Jr., former Solicitor General of the United States, as additional legal counsel. A short 🧵 on why:

Verrilli is one of the country’s most experienced attorneys, according to Grayscale, who has “a solid knowledge of legal theory, administrative process, and the practical problems of working with the court branch.”
“We are ecstatic that he has agreed to join our team as we seek to find a favorable outcome for capitalists and the broader public.”

🧵 Over the course of his career, he has argued more than 50 cases before the United States Supreme Court, including several that dealt directly with Administrative Procedure Act (APA) violations.

A market maker, Citadel Securities, might provide liquidity for crypto ETFs. Citadel Securities stated that it is interested in sponsoring cryptocurrency exchange-traded funds (ETFs), but that it would not do so until regulatory permission is received. Market makers are critical cash flow sources in the ETF ecosystem as they ensure that ETF trading is both efficient and continuous.

Crypto-linked exchange-traded funds (ETFs) have grown in popularity throughout the world, with net assets registered in crypto ETFs and exchange-traded products (ETPs) hitting $16.28 billion by the end of Q1 2022, as per ETF research firm ETFGI.