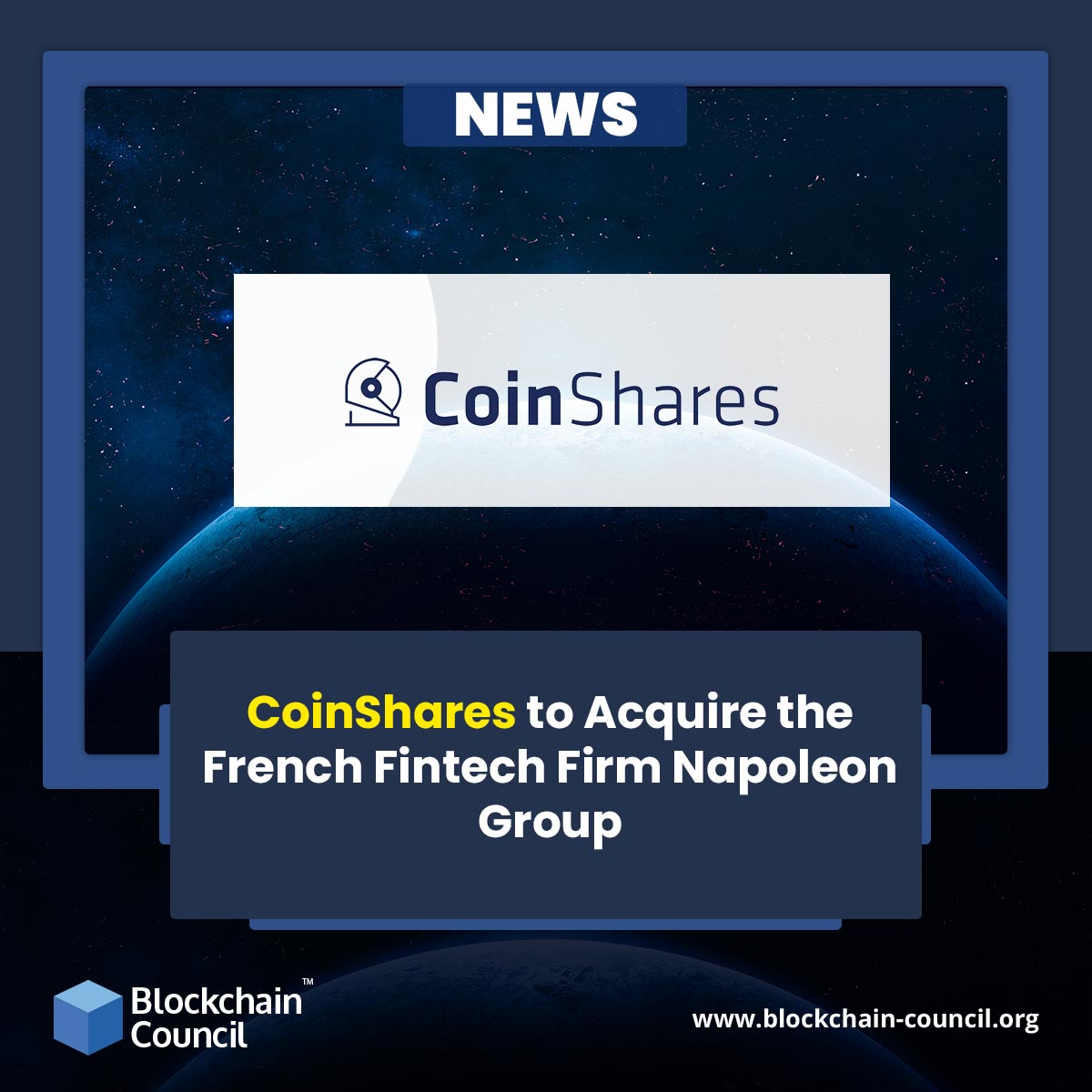 The Napoleon Group branch that dealt with digital assets, Napoleon Asset Management, was acquired by CoinShares, according to a statement made on July 4.

CoinShares has previously signed a sale and purchase agreement to acquire all of Napoleon Crypto SAS’s issued shares for 13.9 million euros ($14.5 million) in November 2021. (SPA).

Napoleon Group, a French fintech startup, is being acquired by CoinShares, a large European digital asset management company, despite the ongoing market collapse.

The most recent transaction took place just after the French financial authority, the Autorité des Marchés Financiers, authorized the purchase of Napoleon AM on June 28. (AMF). Later, in June 2022, CoinShares executed the transaction in conformity with the conditions stated in the group SPA.

Napolean AM launched Napolean Bitcoin Fund, a regulated BTC (bitcoin) in late 2019. Napolean AM is a Paris-based asset management subsidiary that was initially unveiled after accomplishing an ICO in late 2018 garnering approximately $10 million through NPX tokens sale.

The company grabbed the title of the first European asset managers to be incorporated under French legislation and funded by an ICO after acquiring the AIFM (Alternative Investment Fund Manager) authorization.

In addition to becoming a significant issuer of bitcoin exchange-traded products in Europe, the purchase of Napoleon AM enables CoinShares to provide AIFM-compliant goods and services. CoinShares is now ready to provide market services within the European Union thanks to the addition of Napoleon AM’s algorithmic trading and artificial intelligence technology to its product range.

According to CoinShares CEO Jean-Marie Mognetti, the transaction is even further proof that the company is scaling up despite the continuing market downturn.

“Despite market circumstances, CoinShares is still expanding. The bear market provides a chance to secure positions and develop fresh goods and services.

As “one of the most rigorous licenses,” the CEO claims that having an AIFM-regulated firm in CoinShares’ group is crucial.

Mognetti continued, “CoinShares has always been at the forefront of regulation; it is a strong promoter of regulation in the digital asset market and has a long list of regulated goods and services.

For cryptocurrency aficionados who aspire to work as experts in the field of cryptocurrencies and blockchain technology, the Blockchain Council offers a variety of extensive certifications. Throughout the courses, candidates gain a wide understanding of a range of theoretical and applied challenges. You also get direct access to the fast-developing blockchain and cryptocurrency sectors thanks to these competitively priced services.

How Web3 can Revolutionize the Education Sector?
Scroll to top