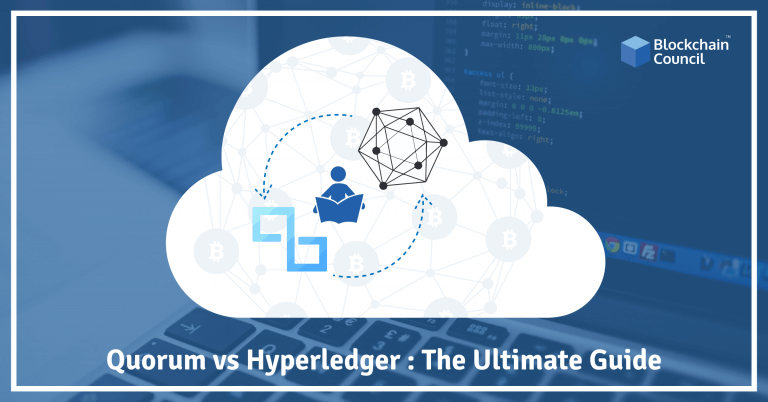 The database is one word which we have heard often in our daily lives. Databases always play a vital role in businesses and societies right from the computer revolution of the 1950s. Databases initially began as simple applications with the entire data arranged in flat files which is similar to a list of contacts. The significance of databases has changed today as the world is so connected with different people wanting access to the same data. This is why distributed databases have emerged making it possible for many people to access certain chunks of data at the same time.

It was created in 2015 by the Linux Foundation. Today, Hyperledger is believed to have more than 230 organizations as its members and this includes Airbus and VMware and apart from this, it also has 10 active working groups and more than 28000 participants who have attended more than 110 hyperledger meetups which were conducted across the globe. It is an open-source project which uses a modular approach to build blockchain and this enables companies to use the blockchain to develop what best suits them. Open-source means that it will allow anyone to build freely on top of it. It is a result of a consortium of large companies such as IBM, Intel, Samsung, and J.P.Morgan. It helps enterprises build collaborative blockchain projects.

It is an enterprise-focused Ethereum blockchain. It is the brainchild of J.P.Morgan, the American multinational investment bank, which plans to advance blockchain technology in the financial sector. The finance sector needs a specific type of blockchain which is fast, has a high throughput, and helps maintain the privacy of the participants. Quorum was developed exactly for this purpose. It offers high-speed processing and performance and helps hide transaction details in a secure manner.

It uses smart contracts for facilitating transactions within the blockchain as it is based on Ethereum. J.P.Morgan plans to implement a Global Network Payments initiative to help banks use distributed networks.

Hyperledger acts as a “greenhouse” that brings together developers, users, and vendors across different sectors and market spaces. Though blockchain is a powerful technology, there is no one-size-fits-all. It is modified according to the needs of every enterprise. Hyperledger provides a greenhouse structure which helps incubate new ideas and provide the essential resources. This greenhouse structure of Hyperledger offers various benefits such as:

Some of the key advantages of using Quorum are:

What is a consensus algorithm?

A consensus algorithm is a computer science process which helps achieve agreement on a single data value among systems or distributed processes. It aids in achieving reliability in a network which has multiple unreliable nodes. This issue known as the consensus problem is solved with the help of consensus algorithms.

In a hyperledger network,  a consensus is referred to as a process where the network nodes provide transaction ordering and validation of those blocks of transactions which have to be committed to the ledger. The two main properties which the consensus must have are safety and liveness.

Safetyrefers to each node being guaranteed the same sequence of inputs which then provides the same series of outputs on each node. Liveness makes sure that communication does not fail and it means that every non-faulty node will receive each and every transaction that has been submitted.

In Hyperledger, a consensus is of two kinds. One is lottery-based and the other is voting-based. Lottery-based refers to algorithms such as Proof-of-Work (PoW) and Proof-of-Elapsed Time (PoET). They have the ability to process a large number of nodes as the person who wins the lottery initially proposes a block and transmits it to the entire network for validation. When this algorithm proposes two winners, it leads to forking and each fork must be resolved. It takes a long time to resolve and reach finality. Voting-based algorithms include the Byzantine Fault Tolerance and Paxos. This provides low latency finality which means that when a majority of nodes validate a block or a transaction, consensus occurs and finality happens. In voting-based algorithms, one node communicates to the entire network and hence it takes a longer time to reach consensus.

Quorum’s consensus algorithms are highly popular as they offer an alternative to the traditional algorithms of PoW and PoS. Also, these won’t work in Quorum as it is a permissioned network. This means that it allows the network to appoint a group of participants who are provided with the authority to validate blocks or transactions. The two consensus algorithms used by Quorum are:

Raft is a consensus algorithm with Crash Fault Tolerance (CFT). It helps perform transactions faster as the block minting process is 50ms. It helps save storage space by mining only the proper blocks and not the empty blocks. Its other significant features are transaction finality and on-demand block creation.

This is a consensus algorithm which is based on Byzantine Fault Tolerance. It helps protect the blockchain. It provides protection for the blocks generated in the blockchain.

The architecture of Hyperledger comprises of the following components:

It comprises of three components namely:

It is designed to be a lightweight fork so that it can take advantage of the R&D which takes place within the Ethereum community. It is updated regularly such that it is in line with the future geth releases.

Some of the modifications done to the quorum node are:

Constellation refers to a general-purpose system which helps submit information in a secure manner. It can be compared to the Message Transfer Agents network in which messages are encrypted with Pretty Good Privacy (PGP). It consists of two components:

Distributed Ledger protocols use cryptographic techniques for preserving historical data and authenticating participants and transactions. Symmetric key generation and data encryption/decryption is delegated to the enclave to provide performance improvements through the parallelization of crypto-operations. It works along with the transaction manager to strengthen privacy by managing encryption/decryption in an isolated manner.

Blockchain technology has opened the door to a second generation of the internet which is well-suited for exchanging any information which has a certain value attached to it. Each and every type of blockchain has its own advantages and is making strides in numerous industries for the smooth functioning of their businesses. It is one technology which has the potential to revolutionize everything. Be it Ethereum, Hyperledger, or Quorum, it is a collaborative melting pot for some of the world’s biggest companies which are looking to use blockchain as a solution to their problems and challenges.

AI And Blockchain To Be Leveraged By The Chinese Internet Court To Render J...
Scroll to top