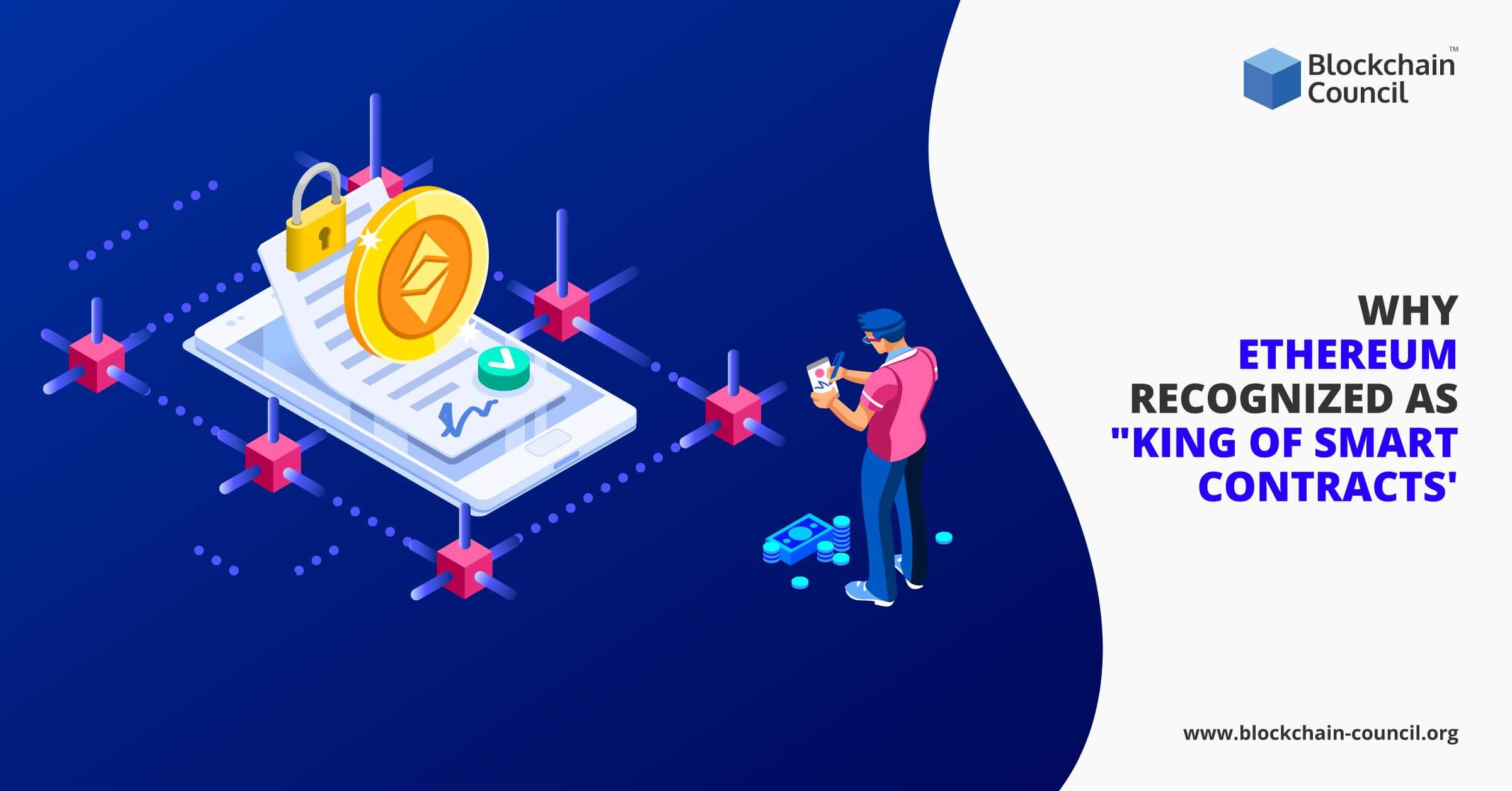 If you are wondering what Ethereum is, what are smart contracts, and why Ethereum holds a special place in the blockchain world, you have landed on the right page.

Ethereum is an open software platform based on blockchain that runs on a network rather than running on a single computer. It offers Ethereum developers a decentralized trust-less platform to build and deploy decentralized applications which run on the Ethereum blockchain, and whose execution is monitored by thousands of peers. In simple words, we can say that Ethereum is a decentralized platform for building dApps that have global accessibility. Its white paper was introduced in 2013 by Vitalik Buterin, and since then, the demand for Ethereum experts has been on a constant rise. Moreover, Ethereum is one of the most popular smart contract cryptocurrencies that offers multiple benefits over others. It was introduced to facilitate immutable, programmatic contracts, and applications via its own currency(Eth).

Want to become a Certified Ethereum Expert? Sign up to the Blockchain Council now!

A Quick Introduction to Smart Contract

Now here comes the question, what is that primary function that powers applications and programs built on Ethereum? The answer is easy and straightforward. Its smart contracts, a term used to describe computer program code capable of facilitating, executing, and enforcing the performance of an agreement utilizing Blockchain technology. It helps individuals to exchange digital assets or anything of value while avoiding the services of a middleman. In a simpler way, such contracts can be defined as digital agreements that execute automatically based on real-world input data.

They are completely digital and written using programming languages such as Solidity, C++, Go, Python, Java.

How Ethereum Differs From Bitcoin

Undoubtedly, Bitcoin and Ethereum, that are the two most well-known cryptocurrencies that are taking the world by storm. An announcement was spotted on July 21, that Bitcoin and Ethereum, which are the two most well-known cryptocurrencies, will settle a combined $1.3 trillion in transactions in 2020. The report also figured that BTC and ETH had settled a combined $1 trillion annually in each of the past three years.

Although the contribution of these two cryptocurrencies is excessively huge, there is quite the arms race that goes on between these two digital currencies. Ethereum and Bitcoin differ technically in numerous ways; they have one thing in common, and, i.e., both the networks are powered by blockchain technology. Talking about their differences, both the networks are different concerning their overall goal as well. Bitcoin was created with an aim to provide an alternative to national currencies. In contrast, Ethereum was introduced as an open platform to promote immutable, programmatic contracts and applications via its very own currency, Eth. Where Bitcoin transactions take minutes, Ethereum transactions are executed in seconds.  Also, Bitcoin is just a cryptocurrency, whereas Ethereum is a ledger technology that corporations are utilizing for building new programs and among both the technologies, Ethereum is far more robust.

Ethereum is the first smart contract and dApp-enabled blockchain that still holds an exceptional place in the blockchain space. Although numerous competitors have entered the dApp scene, ethereum still remains at number one to date.

It is recognized as a King of dApps because of the fact that:

At present, Ethereum’s architecture is maintained by a PoW, and now with its upcoming upgrade(Eth 2.0), it is planning to switch to PoS consensus. Ethereum’s latest upgrade has taken one step closer, whose official public testnet is scheduled to release on August 4, 2020. The launch of 2.0 is regarded as a long-term solution that can bring stability to the network. EHT2 will not only improve the speeds of transactions but rather improve upon the scalability and also the programmability of the blockchain itself, with no compromise on security. ETH2 is expected to increase the transaction speed from 15TPS to thousands of TPS.

Ethereum platform offers opportunities for coding various smart contracts, compared to other platforms. If you are interested in building decentralized applications, then the Ethereum network is a one-stop solution. After looking at its exceptional features, it is clear that this platform will continue to develop and transform further in its own exceptional ways, creating millions of opportunities for Ethereum developers.

A Comprehensive Guide on Bitcoin SV
Scroll to top